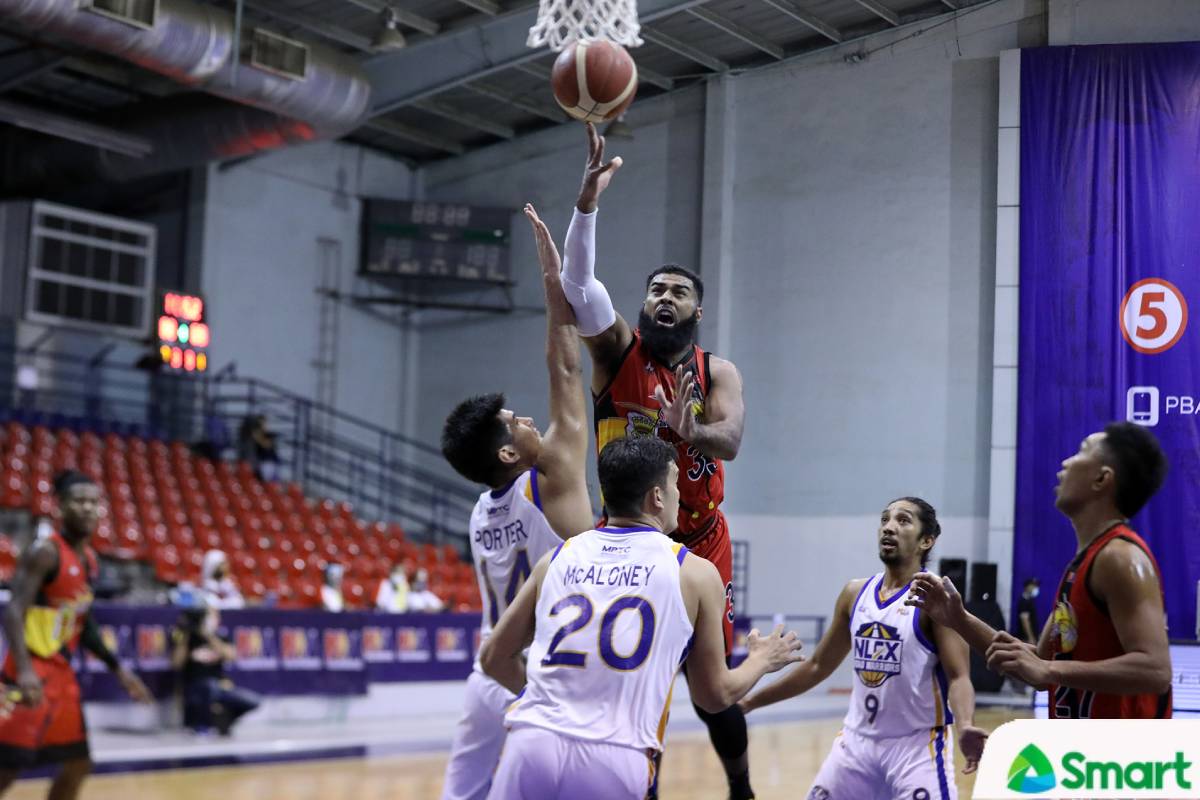 San Miguel flexed its might and obliterated NLEX, 110-93, for its first win in the 2021 PBA Philippine Cup, Friday night at the Ynares Sports Arena in Pasig.

The Beermen seized control of the match early in the first half, and they would never let their foot off the pedal since then en route to redeeming themselves from the 76-83 defeat they absorbed from Meralco in their debut last Sunday.

“I’m so thankful for the players and the way they played tonight. From start to finish, they played defense and focused on the game. I think they realized the importance of this game,” beamed head coach Leo Austria.

CJ Perez played his best game in an SMB uniform thus far, leading all scorers with 21 points on 7-of-13 field goal shooting with five rebounds.

The 2019 Rookie of the Year helped sparked his side’s early breakaway, which saw them unload a 15-4 blitz that turned a slim three-point lead late in the first to a wide 37-24 advantage less than two minutes into the following frame.

San Miguel did not let up since then. Perez continued his scoring ways, and veterans Arwind Santos, Alex Cabagnot, and June Mar Fajardo all took part in the onslaught, as well as young sniper Von Pessumal.

The Beermen went on to lead by as many as 24, 108-84, following a Marcio Lassiter triple off a Chris Ross feed with three minutes left to play.

“I think this is the product of our preparation during the offseason. And we’re able to do all the things we need to do, especially on defense,” expressed Austria in the victory that hiked their card to 1-1.

Cabagnot finished with 17 points, as Tautuaa filled up the stat sheet with 16 points, nine rebounds, three assists, a steal, and a block.

Reigning six-time MVP Fajardo showed that he’s slowly getting back into form, producing 14 points on 5-of-9 shooting from the floor and 10 rebounds in nearly 25 minutes. Lassiter chipped in 14 as well, as Pessumal made 10.

“Tonight, they played really well,” Austria said. “Everybody, even those players not getting a lot of playing time but in the third going to the fourth quarter, they sustained the effort of the first group. That’s it.”

NLEX, meanwhile, was led by Kevin Alas’ 20 points in the defeat that brought them to 1-2. Kiefer Ravena had 16 markers as Raul Soyud added 15.