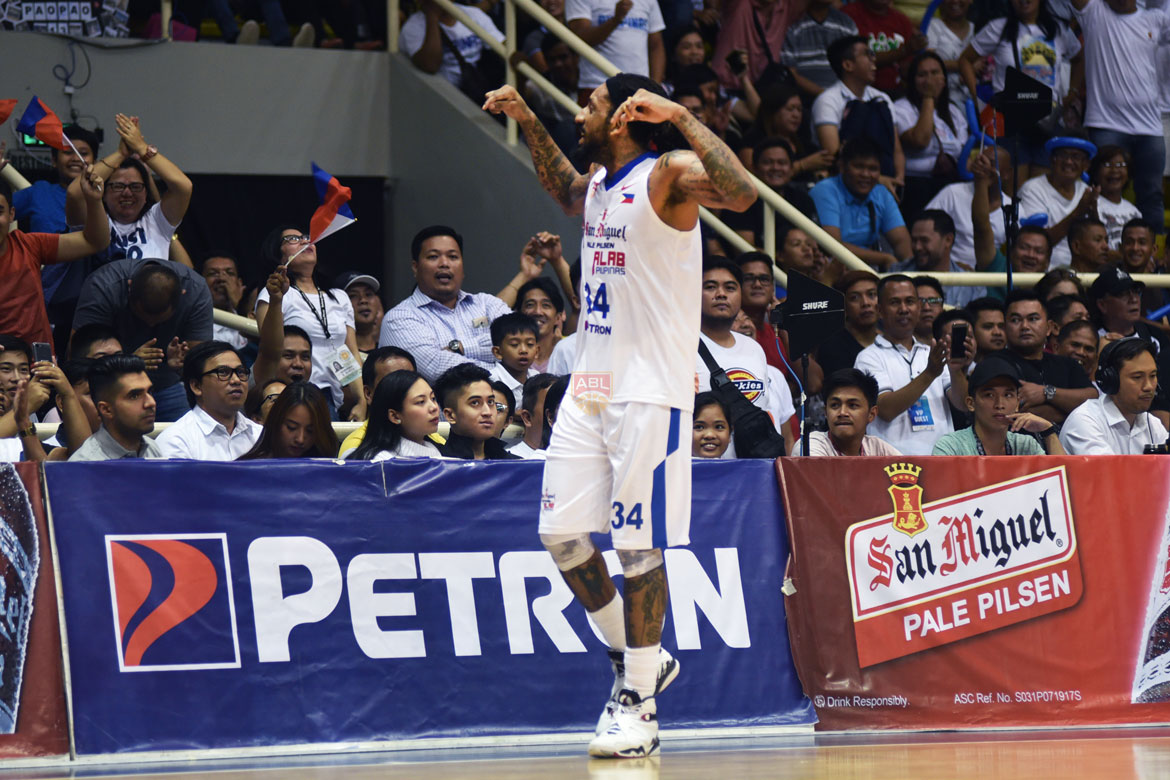 San Miguel Alab Pilipinas beat Mono Vampire BC, 102-92, in the Finals’ Game Five to help the Philippines ascend to the top of the ASEAN Basketball League after half a decade, Wednesday at Santa Rosa Multi-Purpose Complex in Laguna.

Alab has become the third Filipino club team next to ABL pioneer Philippine Patriots and the San Miguel Beermen to win the regional pro league.

Renaldo Balkman led Alab with 32 points on top of nine rebounds and six assists. Justin Brownlee was on the cusp of a triple-double as he collected 24 points, 12 rebounds, and nine assists. Ray Parks, Jr. chipped in 13 markerd.

The home team came out firing right from the beginning with a Balkman-anchored 14-4 start, and that lead of theirs even rose to 16, 39-23, after Brownlee’s three-pointer with 7:01 remaining in the second quarter.

The Vampire, from there, never found any spell to resuscitate themselves, as Alab kept their foot on their throat to finish them off once and for all.

Mike Singletary led the Thai ball club with 32 points and eight rebounds. 7-foot-5 Sam Deguara had 24 points and 18 caroms, while Filipino Heritage Import Paul Zamar chipped in 19 markers despite shooting 4-of-14 from the field.

READ  Marching orders for Gilas U19 Youth: Make it to the next round

Fil-American wizard Jason Brickman, the most consistent Vampire in the series, was held to just nine points on seven shots. He made up for it though in other departments, collecting seven rebounds, six assists, and a steal.