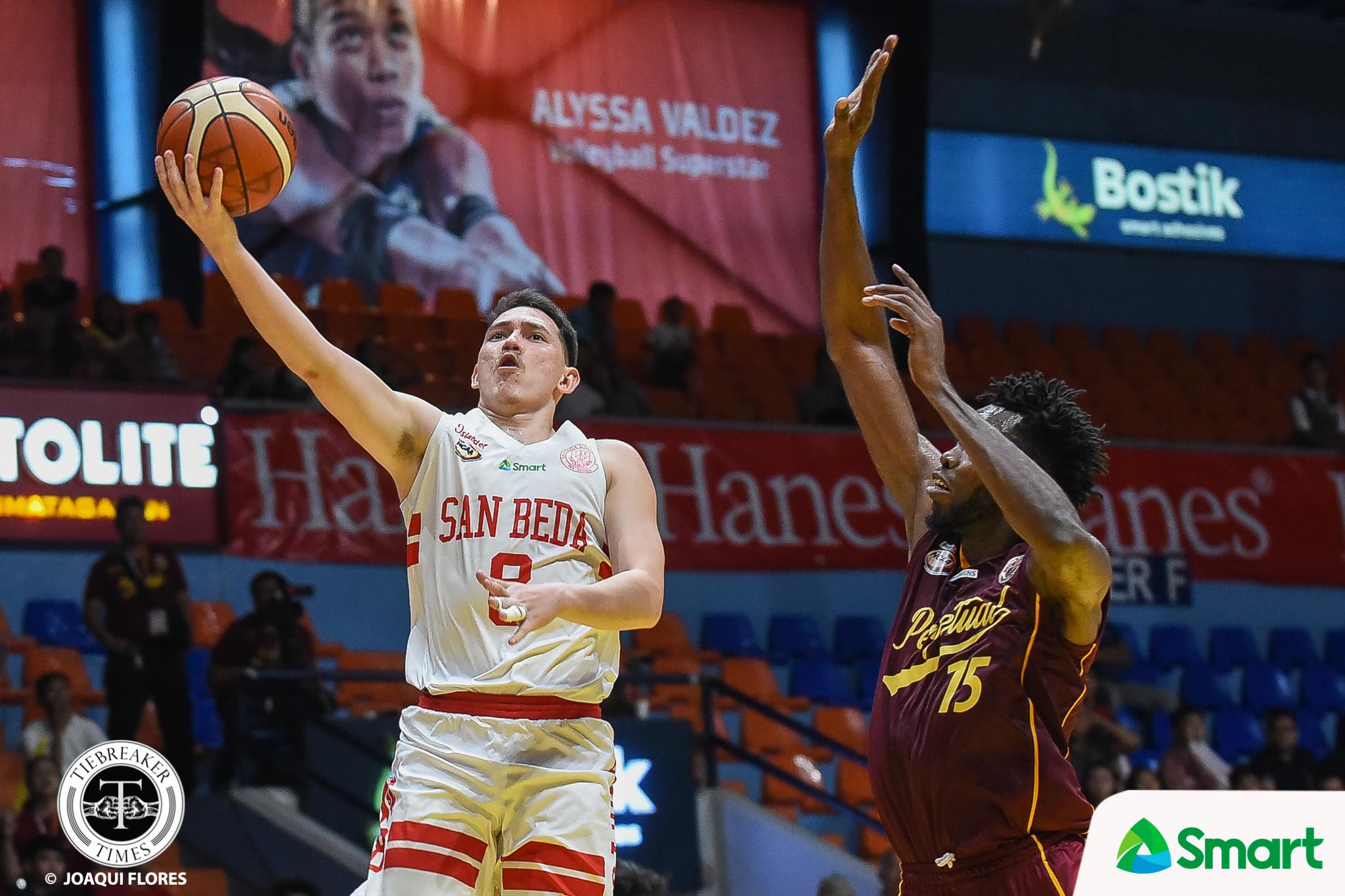 The San Beda University Red Lions are hoping that 13 will be a lucky number.

For the 13th straight season, San Beda will figure in another championship game after eliminating the University of Perpetual Help System DALTA Altas anew, 83-72, Friday evening at the Filoil Flying V Centre in San Juan City.

The Red Lions knocked out the Altas for the fifth time in the last seven years in the Final Four. Perpetual only won once in their eight playoff games against San Beda, taking an 87-83 victory last September 30, 2016, to force a win-or-go-home game.

“But again, it’s not yet over. We still have a title to defend against Lyceum. All my players did a good job today,” said decorated San Beda head coach Boyet Fernandez, who will be armed with a 12-game winning streak entering the finals.

And Fernandez relied on his seniors to tire down the Altas.

With San Beda down 39-36 with 3:58 left in the third canto, Robert Bolick and AC Soberano connived to spark the Red Lions. Bolick scored on a breakaway layup followed by back-to-back triples by Soberano to give San Beda the lead for good. Though Prince Eze, Jielo Razon, and AJ Coronel tried to rally Perpetual back, Bolick was there to score five straight points to buck the Altas.

Soberano was not done yet, as he knocked down two consecutive threes to start the final stanza of the game. The Red Lions would lead by as much as 12 points, 68-56.

Bolick had 23 points, six assists, and four rebounds, while Soberano had 12 points built on four triples.

The Altas could not muster a late rally, ending their campaign in fourth place.

“I would like to congratulate coach Frankie, the Altas, and the Perpetual community for a very good game,” expressed Fernandez. “First half, we were missing our shots. But as I have said, with AC and Robert taking good care of our point guard position, we made shots in the third quarter.”

Javee Mocon tallied a double-double with 14 points and 15 rebounds. Donald Tankoua, who tallied 13 points and 18 rebounds, limited leading MVP candidate Prince Eze, who was playing his last collegiate game, to just 13 points on 5-of-14 shooting.

Razon and Tonton Peralta paced Perpetual with 16 points each.

San Beda will gun for a 21st seniors basketball crown when they face the Lyceum Pirates for the second straight year in the NCAA Season 94 Seniors Basketball Tournament Finals. Their best-of-three series begins on Tuesday, November 6.