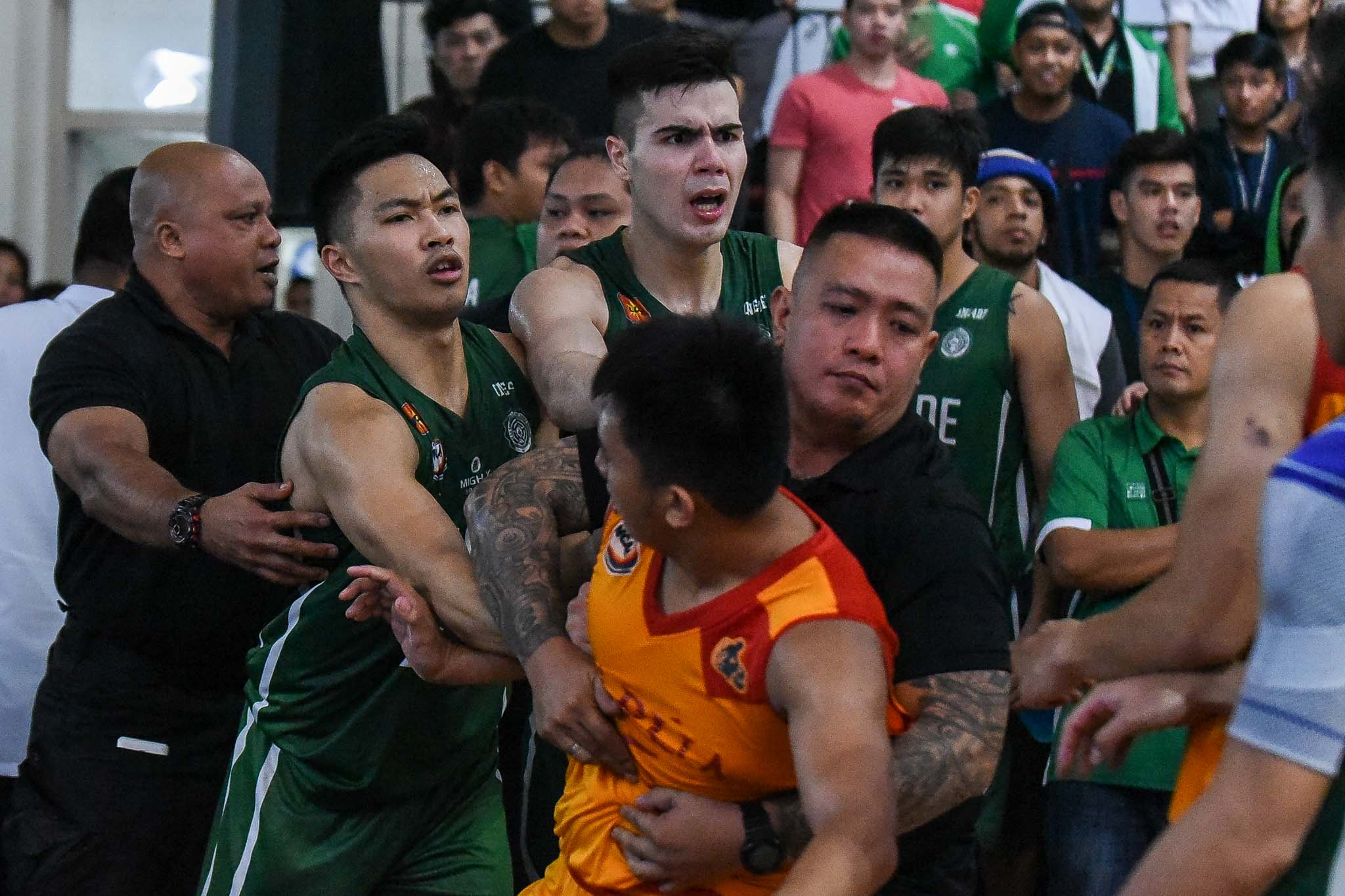 This is the Blazers’ third win in as many outings for the school’s best start since 2005. That CSB batch had the likes of Jeff Morial, Jay Sagad, and Paolo Orbeta.

“I like the way we play in terms of our grit and grind throughout the game. But then again, it’s our offense right now that’s our problem,” said third-year CSB head coach TY Tang. “We have to find ways to be more efficient with our offense. It’s been three games that we’ve been held down to 35-percent field goal percentage.”

Benilde was down by as much as nine points before Prince Carlos was able to knot things up at 53-all with 7:07 left. Fellow backcourtmate Jimboy Pasturan knocked down a triple for the go-ahead bucket afterward.

Things got chippy between both teams the rest of the way as technicals and hard fouls were seen.

“I think they are more emotional this time around. There’s a lot of lessons learned coming from last season. The experience, the maturity, and them playing their roles and responsibilities,” shared Tang.

The Blazers were able to gain a 69-62 lead late after Justin Gutang’s and-one over Noah Lugo. It almost resulted to both teams coming to blows as Gutang fell hard on his right ankle.

Adrian Locum and Lugo tried to rally the hosts back but Edward Dixon was able to seal the game with free throws.

Dixon proved to be the rock for Benilde, grabbing 12 boards along with eight points.

Benilde looks to make it four in a row when it faces the San Sebastian Golden Stags on Tuesday, July 30 at 4:00 pm. Earlier in the day, Mapua hopes to crack the win column when it takes on the Letran Knights at 12:00 nn.