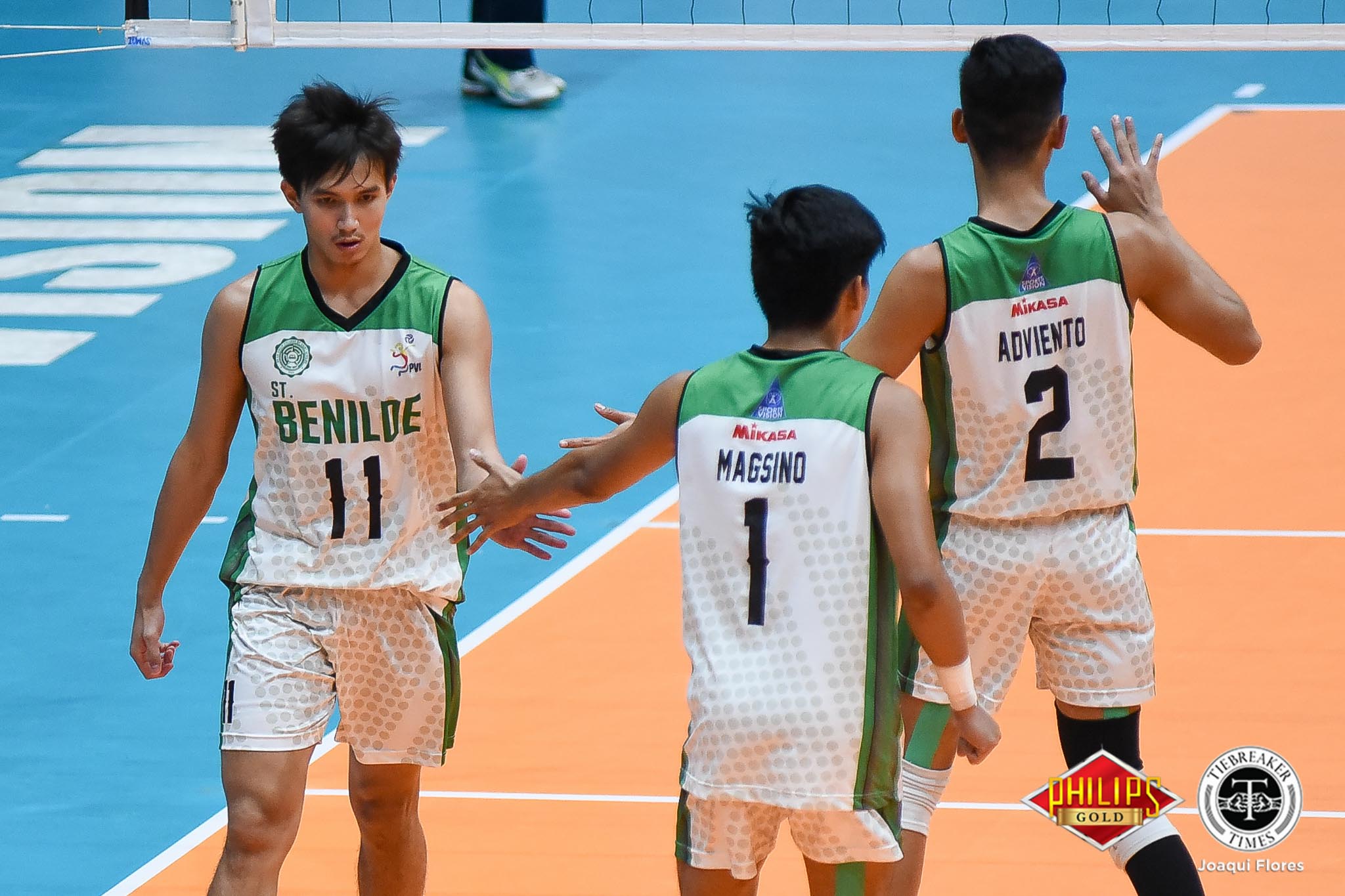 For the second time in three years, the College of Saint Benilde Blazers broke into the NCAA Men’s Volleyball Finals after taking down the Emilio Aguinaldo College Generals in the Season 94 semifinals, 25-18, 25-23, 25-20, at the FilOil Flying V Centre.

Saint Benilde was dominant throughout the match, even bucking a slow start in the second frame. Falling behind 11-16, the Blazers went to open hitter Vince Abrot and middle blocker Josh De Sequera to erase the lead and force a 23-all deadlock. From there, an EAC setting error setup a De Sequera quick attack to give CSB a 2-0 sets lead.

The Blazers then blitzed the Generals, 8-3, to start the third frame and put the match’s result out of reach.

CSB head coach Arnold Laniog knew his team needed to take advantage of their experience to quell the young Generals.

Abrot, who transferred from University of the East in 2017, topped the Blazers with 12 points while De Sequera and captain Francis Basilan added nine markers.

The Blazers take on the undefeated defending champions University of Perpetual Help System – Dalta in the best-of-three Finals. The two squads last faced off in the Finals in Season 92, which saw CSB bring home the title.