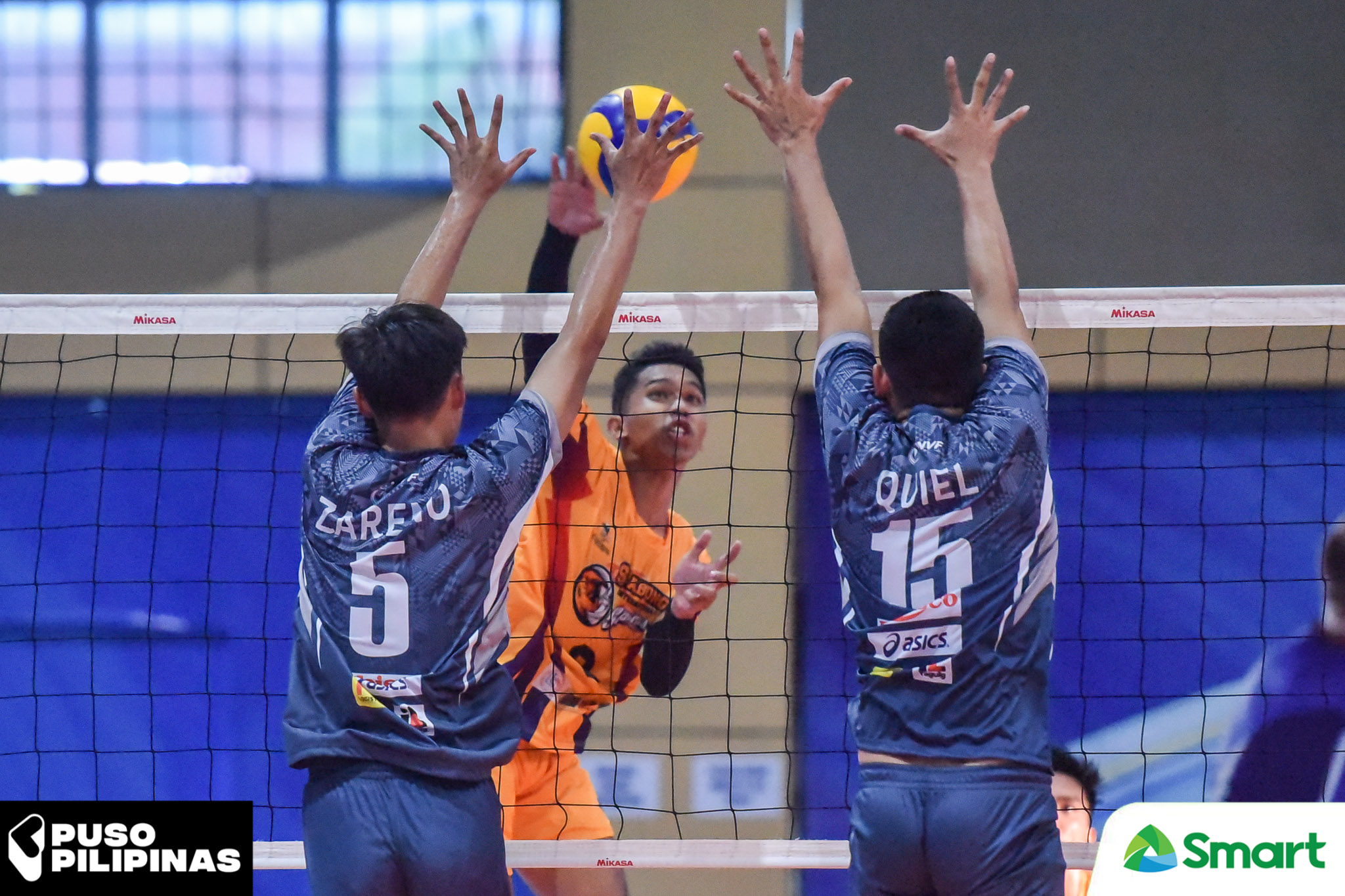 Jelord Talisayan top-scored for the Negros Oriental-based spikers, finishing with a team-high 18 points. He also had six excellent digs and six excellent receptions.

Sabong International moved to the second spot in Pool B with four points off a 1-1 standing.

“After our five-set loss kahapon, the morale was really down. But it’s a matter of character,” said Sabong International trainer John Sinapuelas.

Sabong International put up a huge 22-14 advantage over the veteran-laden Global Remit squad in the fourth set.

Alex Disquitado, Joeven Dela Vega, and Peter Quiel then mounted a 6-1 run to slice the lead to three, 20-23. But consecutive errors from Dela Vega gave the match to Sabong International.

On the other hand, National Team mainstay Ish Polvorosa had 29 excellent sets for Global Remit. Dela Vega, also a National Team member, ended up with a game-high 21 points.

Global Remit, which was coming off a five-set loss to Team Dasma, lost wing spiker Ron Medalla in the second set. Medalla landed badly on his knee following a spike attempt.

He was immediately brought to N.L Villa Memorial Medical Center.

Global Remit fell to a 0-2 standing, sliding down to the last spot in Pool B with one point.

Sabong International looks to punch its playoff ticket against Team Dasma tomorrow, Wednesday at 10:00 AM. Meanwhile, Global Remit looks to end its campaign with a win against MRT Negros at 4:00 PM also on Wednesday.