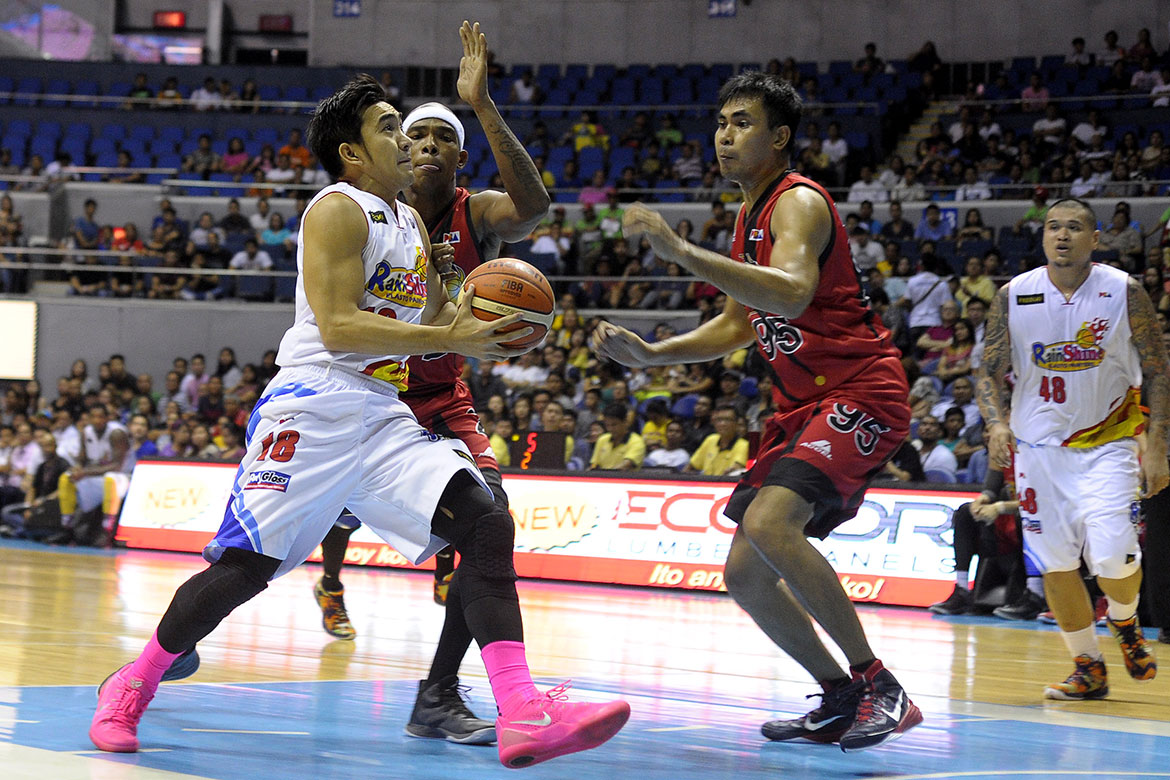 Ryan Araña has found himself back where his journey in the professional ranks started.

The 35-year-old has just signed a one-year deal with Rain or Shine, going full circle as he returns to the team that picked him in the second round of the 2007 Rookie Draft.

Araña has reunited with his former teammates such as Gabe Norwood and Beau Belga; as well as coach Caloy Garcia, who was still an assistant to coach Yeng Guiao during his time there.

And so the veteran guard — who was part of the team that gave Rain or Shine its first PBA championship in 2012 — believes he will have no issues blending in with this current batch of Elasto Painters.

The only difference now for Araña, though, is that he’s seen as one of the team’s elders. Rain or Shine now has younger talents in its arsenal led by the duo of Rey Nambatac and Javee Mocon.

Now that he’s an Elasto Painter once again, Araña said that he sees himself retiring with the team.

But that doesn’t mean the upcoming PBA season that starts March 1 will be the swan song of the lefty slasher.

And the La Salle product has no plans of slowing down, especially now that he feels extra motivated.