The RP Blu Boys stormed back from a late deficit to stop Indonesia, 7-3, for their second win.

Down 1-2 in the fifth inning, Gerone Riparip slammed a two-run homer for the go-ahead lead.

Then in the next inning, Jerome Bacarisas uncorked a grounder to left field that brought home Apol Rosales and Denmark Bathan to put Indonesia away for good.

For team manager Ofring dela Cruz, this was a good test for his team heading into their showdown versus Singapore on Wednesday. 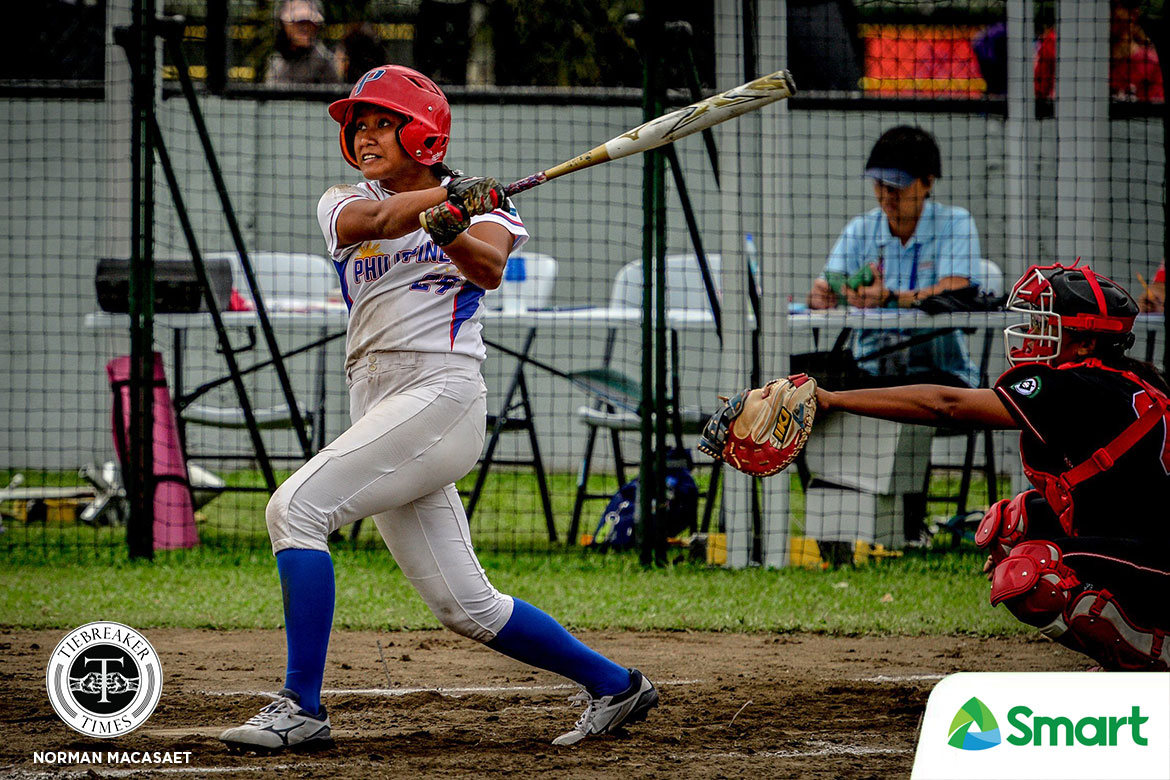 On the other field, the Blu Girls made quick work of Indonesia with a fourth-inning 11-1 rout.

Angelie Ursabia connected on her second homer of the tournament, while Nichole Padasas also had one of her own.

All in all, the Blu Girls had 11 hits in the game. Indonesia shuffled four pitchers but could not contain the Filipinas.

“Their bats came alive. Lumabas na ang kanilang palo. That’s what we are expecting them to do and hopefully, that will bring [order] sa level ng team,” said head coach Randy Dizer.

Coming off a slow Day 1 that saw them take relatively-close wins against Singapore and Malaysia, Dizer believes that his team has finally calmed down.

Ann Antolihao was once again steady on the mound, allowing just one hit while fanning two batters.

The Blu Girls will next face Thailand on Wednesday.