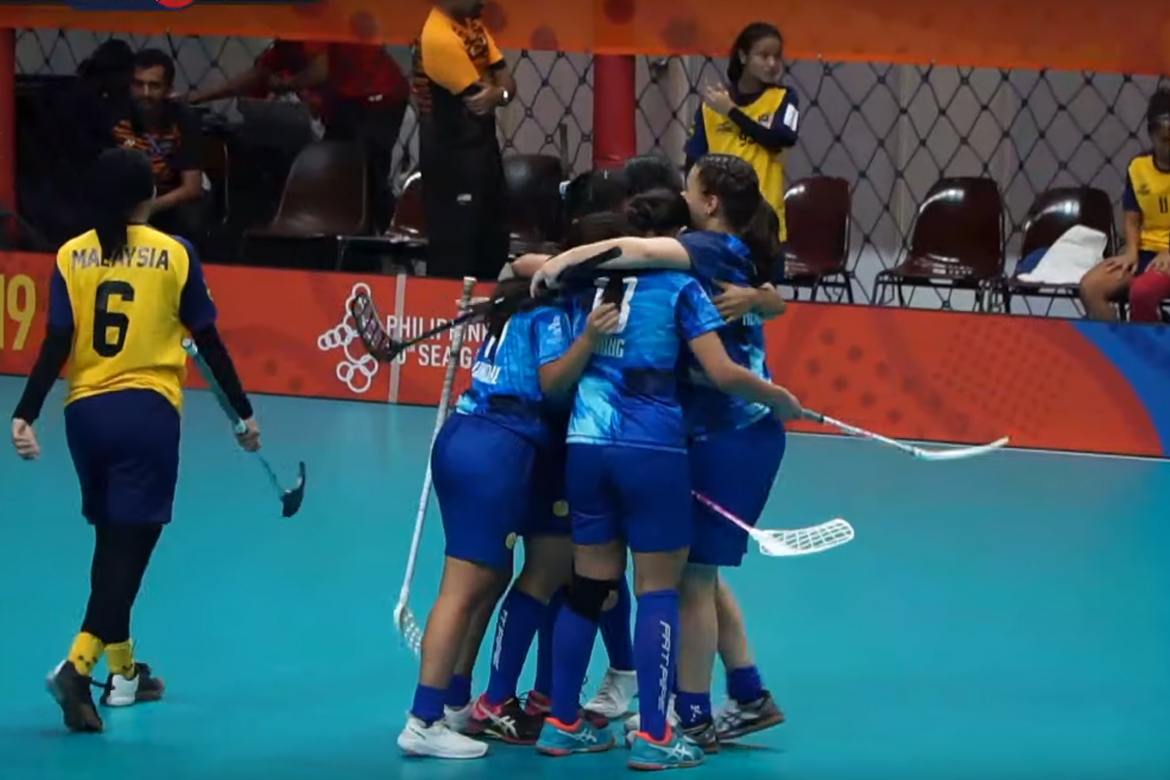 The Philippine Women’s National Floorball Team was not to be denied on Friday afternoon, stunning Malaysia with a 4-4 draw on the last day of the 30th Southeast Asian Games’ preliminary round at the UP College of Human Kinetics Gym in Quezon City.

Down 3-4, two attempts went begging for the Filipinas in the dying minutes of the third period. However, a heave from Jade Rivera and the swift strike from Roxane Ruiz were enough for the Philippines to remain even against the Malaysians.

“Actually the strategy lang now is seeing how they are playing and also confuse them with our plays. That’s the thing we were trying to do,” said team captain Rivera.

The duo of Rivera and Ruiz started it off from the Filipinas, scoring in a frenetic second period to level the match at one. It was the captain who put in the opening goal with the assist from Ruiz at the 29:27 mark of the frame.

The Malaysians took the lead in the first period with a fifth-minute hit from Jimun Kwek. Ling Ling Ang, Nurfarah Md Yusof, and Teja Ellesa Mohzeiswandi then put the visitors in the lead every time the Filipinas leveled in the final period.

Ruiz scored her first of the match after Ang’s goal three minutes later, before Michelle Cruzado answered Yusof’s 30 seconds after in that see-saw final period that saw three goals from both sides.

Rivera admitted that they took this game just as a reference for that more important bronze medal match on Sunday against the very same team.

“Honestly I know that we will do very well po in the bronze medal match. We just have to stick to the plan and work with each other. Don’t get frustrated with the referees, because if [we] get frustrated we’re going to lose the mental game,” the forward said of the rematch for the bronze.

The bronze medal match is slated on Sunday, December 1 at 9:00 am at the same venue.

Singapore (4-0) and Thailand (3-1) will dispute the gold medal after the said match.