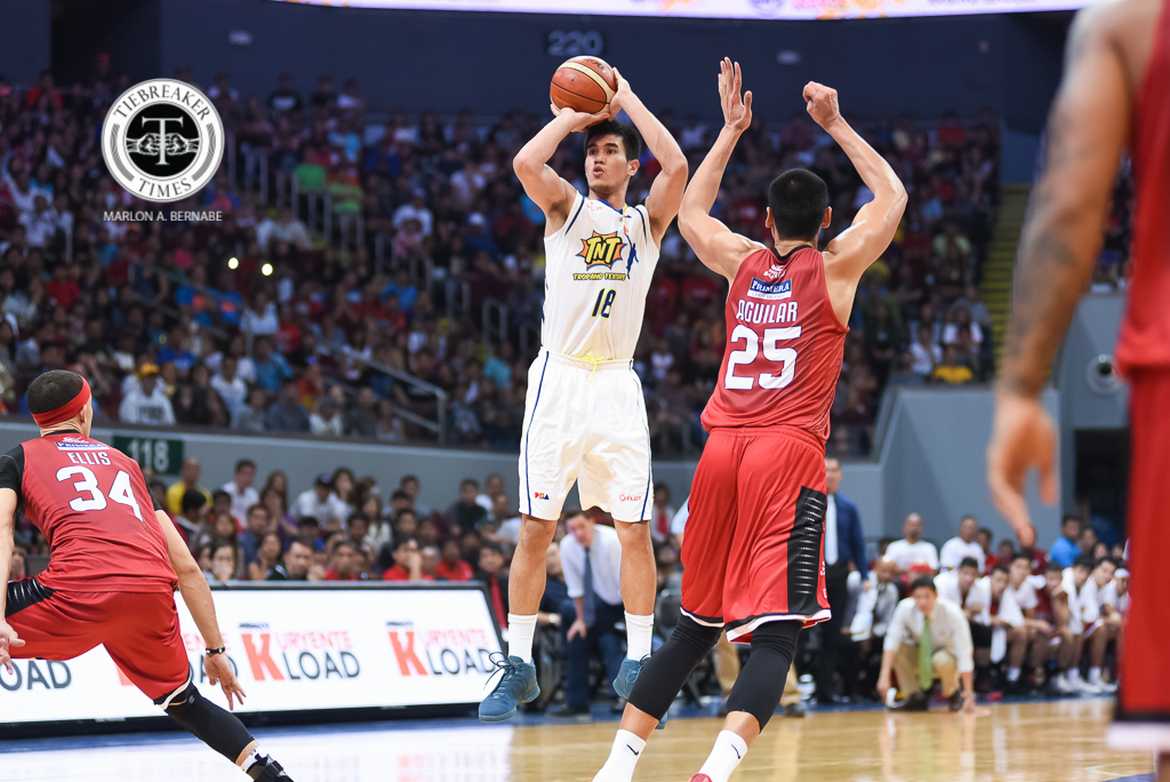 If Game One of the Alaska-TNT series was any indication of Troy Rosario’s continuous improvement, then it’s safe to say the Tropa’s rookie has already adjusted to the PBA-type of play.

Rosario sizzled en route to scoring a career-high 31 points which included 7-for-10 from three-point area as the Tropa survived a huge scare from the Aces and take Game 1, 106-99.

The 6-foot-6 stretch four credited the performance to the trust given by TNT’s coaching staff and the presence of David Simon, helping suck the defense inside and give Rosario–and TNT’s other shooters–open looks.

Rosario hopes to sustain the effort and take TNT again to the championship.

“Sana mag tuloy-tuloy yung ganoong laro. We know we are the defending champion sa conference na ‘to so lalaruin namin one game at a time and sana makaabot ulit.”

“We are in control of the game, but suddenly Alaska gets back. We made mistakes here and there. For us to win the next game, we have to dictate the tempo. We made big shots. Troy made big shots. We made crucial stops,” Uichico said.

TNT blew a double-digit fourth quarter lead to San Miguel last week, and almost suffered the same fate against the Aces in the series opener although the team was bailed out by a superb performance from Rosario.

Uichico wants to see a better effort from the Tropa from start to finish the next time out.

“We just can’t discount Alaska. We cannot relax. We have to play the same game all-throughout. We are trying to keep our poise and discipline. That is what we are trying to correct in the games to come.”