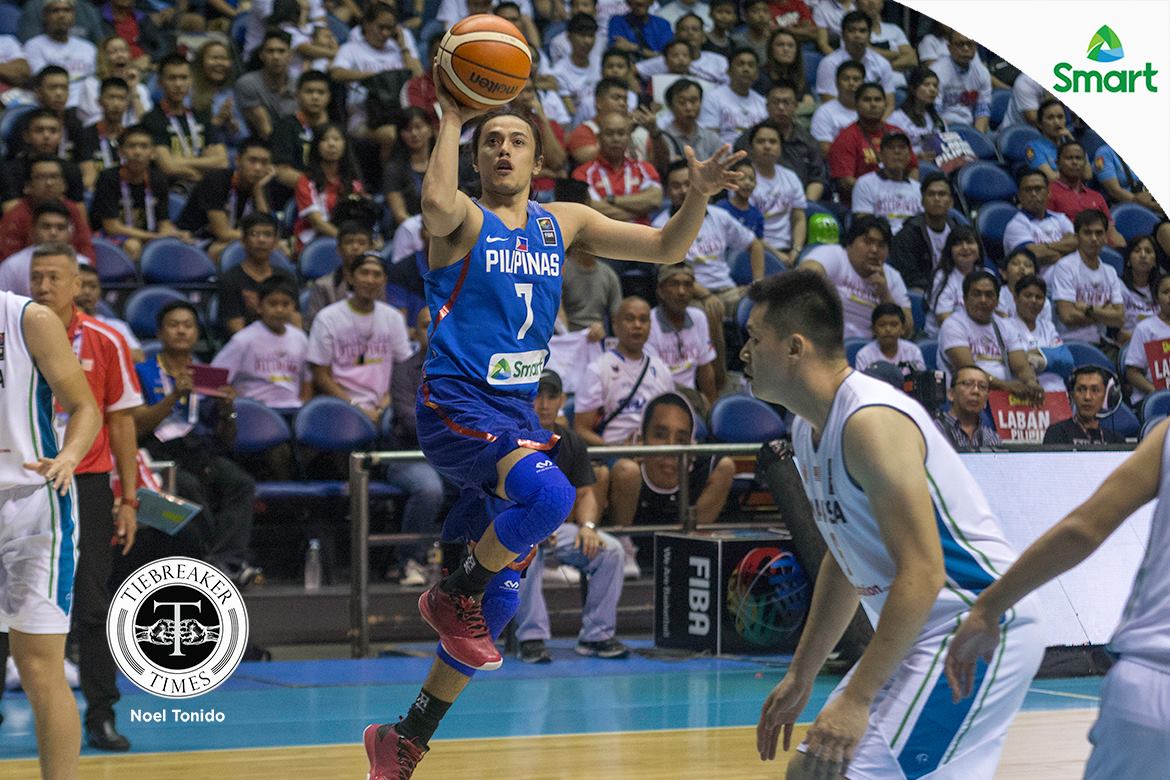 Gilas Pilipinas’ game against Malaysia was the most physical game they have experienced in the tournament so far. There were a lot of hard fouls given, and the box outs were grueling.

After the National Team’s 106-51 win, Terrence Romeo and Raymond Almazan were approached by some of the Malaysian players near center court.

What came next surprised them.

The Malaysians quickly grabbed their smart phones out of their back pockets and took photos with them in a scene reminiscent to what the 1992 Dream Team had experienced in Barcelona, Spain.

Romeo, who has become an icon in the Asian 3×3 scene, was asked by Chee Huei Liaw, Kok Hou Teo, and Yee Tong Heng for a group shot.

“Nagulat ako,” admitted the 25-year-old, who had 12 points and seven assists.

The same happened to Almazan, as Kek Thai Chan took a selfie with him

And it was a humbling experience for the two cagers, as they have realized that their influence extends beyond the Philippines.

READ  Eduard Folayang hopes to get another crack at Eddie Alvarez
Related Topics:Raymond AlmazanTerrence Romeo
Up Next