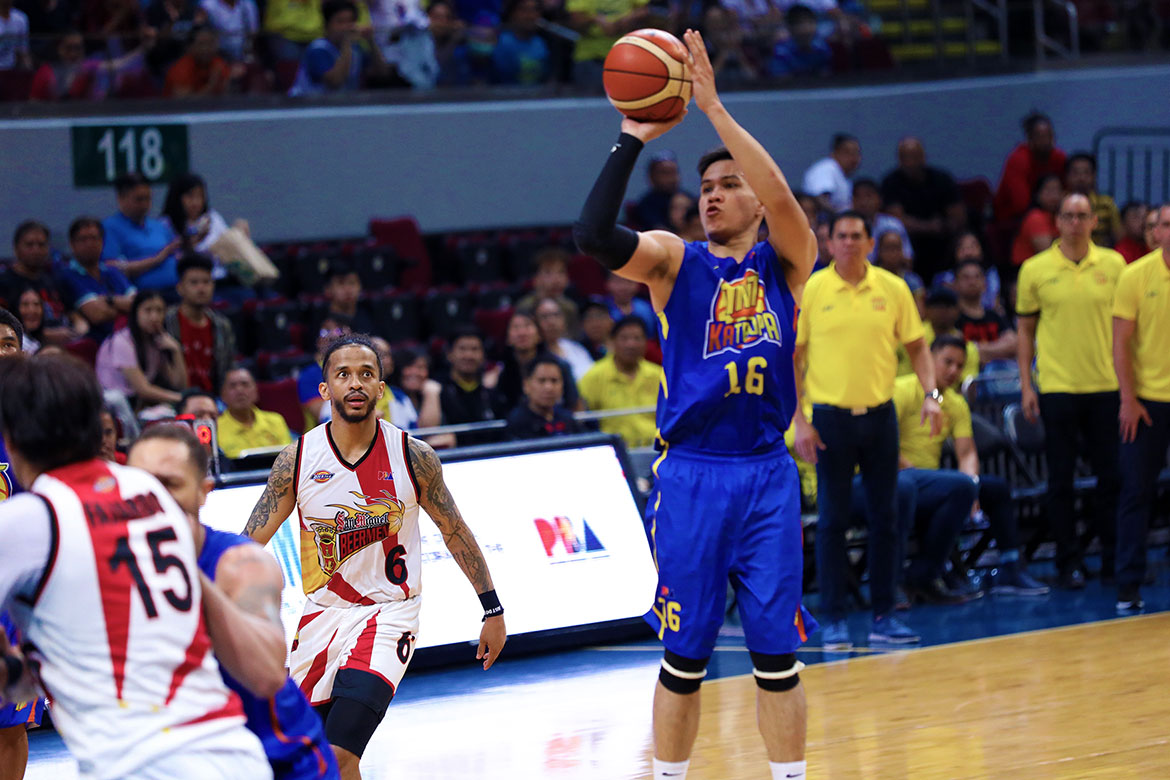 A 40-percent shooter in the eliminations, Pogoy shot just 6-of-20 from the field against the Beermen. However, he made up for it in other aspects, as he collected seven rebounds, three assists, three steals, and a block.

That wasn’t enough, though, as the KaTropa bowed, 78-80, after being in the driver’s seat for most of the match.

Pogoy also attributed his shooting struggles to the Beermen’s zone defense. San Miguel forced the Texters to shoot just 30 percent from the field and to commit 18 turnovers that got converted to 13 points.

The KaTropa are now on the brink of exiting early in the all-Filipino tilt following the stinging loss. But Pogoy isn’t losing hope since they can bounce back in Game Two on Tuesday, April 8, at the SMART Araneta Coliseum.