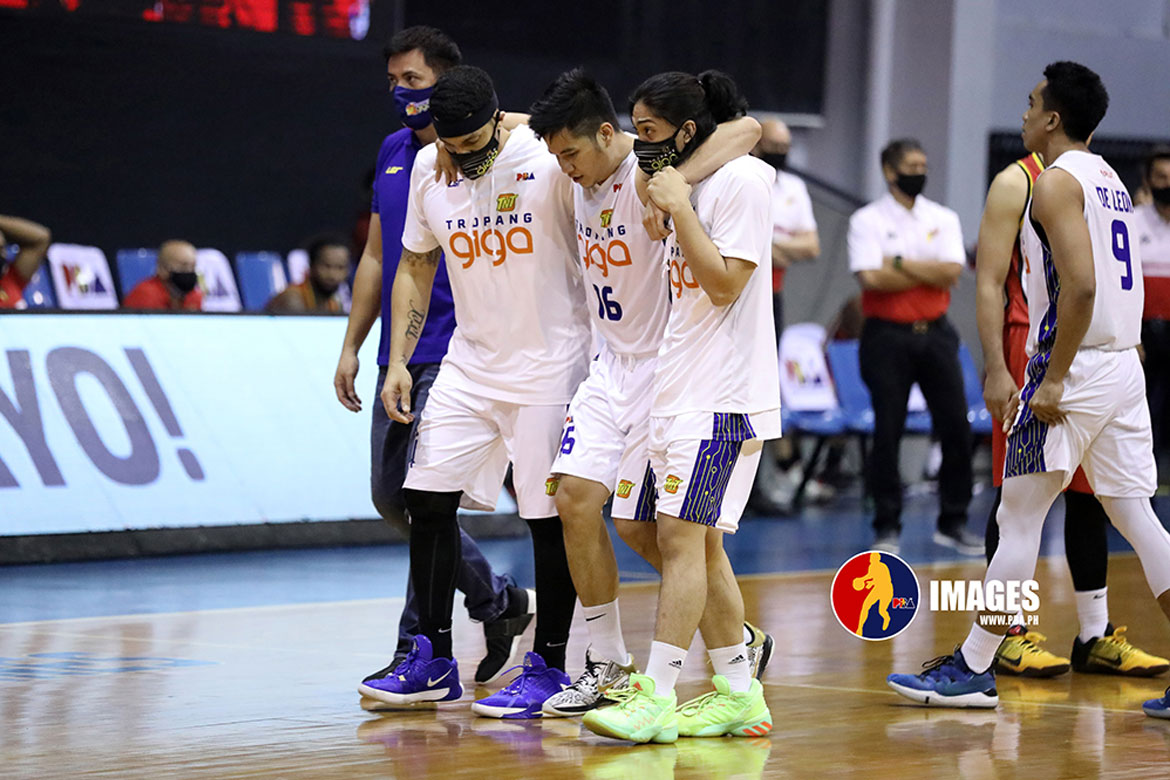 Roger Pogoy is a game-time decision when TNT takes on Phoenix Super LPG in a battle of unbeaten teams in the 2020 PBA Philippine Cup Monday.

The 3-and-D specialist sprained his ankle during the Tropang Giga’s match versus San Miguel last Friday which they won convincingly, 107-88.

Pogoy got hurt with 3:33 remaining in the third as he landed on Beermen counterpart Gelo Alolino after taking a jumper.

He was in pain again just less than 30 seconds into the final period, landing on the injured foot as he went after Marcio Lassiter.

The Far Eastern University product still has his ankle swollen, although it isn’t as severe as it was over the weekend, he said.

The 28-year-old became one of the stars of the bubble after erupting for a career-high 45 points in a 100-95 win over Alaska on opening day.

The Tropang Giga are gunning to retake pole position as it currently shares leadership with Rain or Shine and Ginebra.

#ReadMore  Willie Marcial set to fine Tab Baldwin for comments detrimental to league
In this article: