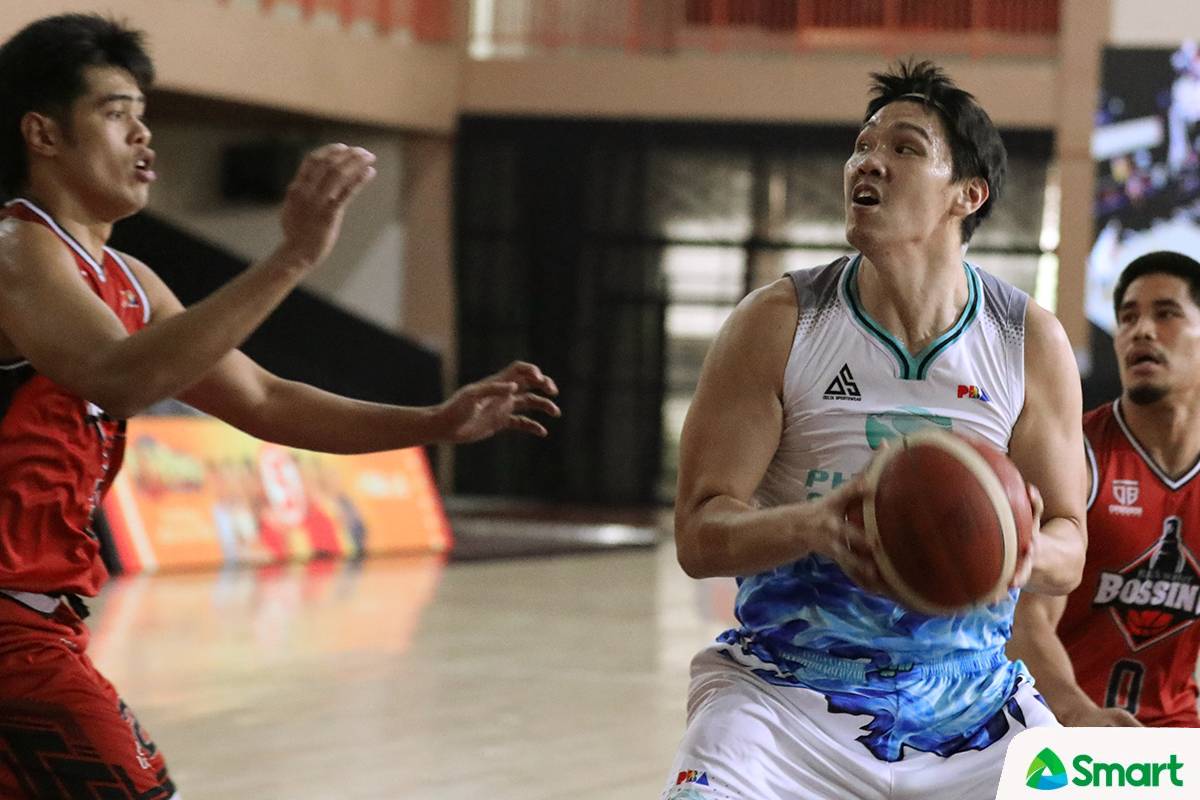 The 6-foot-6 center shot 7-of-12 from the field on his way to 17 points, on top of nine rebounds, three assists, a steal, and a block to help lead the Fuel Masters to a 114-92 drubbing of Blackwater in the 2021 PBA Philippine Cup.

“His confidence is back,” said the youthful mentor moments after the win at the Don Honorio Ventura State University Gym in Bacolor, Pampanga.

It was the first time this conference that Chua finished in double figures, a tad surprising considering that he was one of Phoenix’s major contributors on offense in the Clark bubble last year with 11.7 points per game.

Robinson said that it is because of the adjustments the 32-year-old has to make with the addition of fellow bigs Vic Manuel and Jake Pascual.

“I guess Justin last year is a different Justin now.

So with that, the eight-year pro is going back to where he’s best known: defense — well, he’s the 2020 Top Bubble D-Fender, after all.

“He’s going back to his identity. The coaches are always reminding him: Let your offense come to you, what you could bring to this team is your defense. A lot of people said, Great Wall of China. Nawala ang pressure sa kanya offensively,” he said.

“So, what he’s doing right now is just getting his teammates involved, especially Matt [Wright] — the way he sets screens for Matt. It creates a lot of opportunities for us.”

But then, it was a solid performance of the former Gilas Pilipinas bruiser on both ends of the floor that helped the Fuel Masters earn their fourth win of the conference, And none couldn’t be any happier than his mentor.

For Robinson, Chua going back to his old form is a welcome development, with Ginebra and San Miguel coming up in their final two games,

“We’re always gonna encourage Justin for the small wins that he does and right now, we’re happy where he is. His confidence is back and in time for our last two games for us,” he said.

“Everything is rolling well for Justin.”