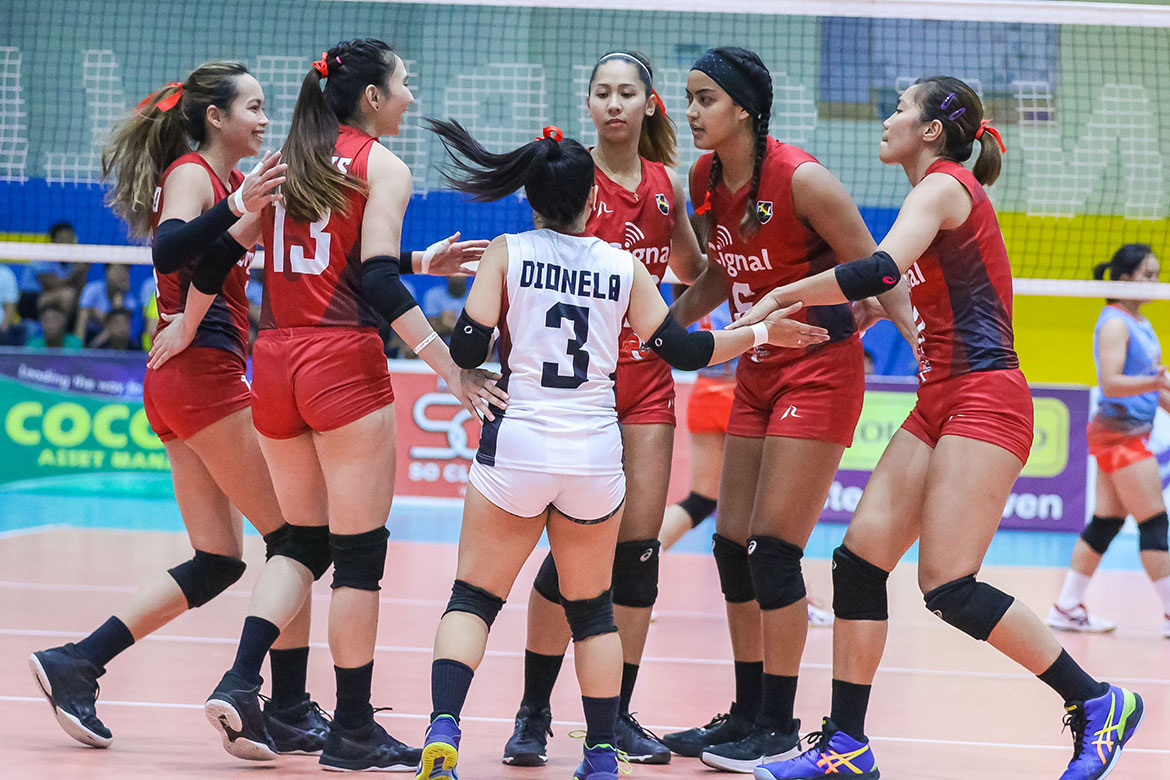 Fil-Hawaiian playmaker Alohi Robins-Hardy orchestrated the offense for HD Spikers to open their second round campaign in the 2019 PSL Invitationals on a rousing note. She posted a triple-double of 11 excellent sets laced with 11 points and 12 excellent digs.

Seth Rodriguez finished with 12 points from 11 attacks and a block to no avail.

Cignal look to keep their blistering momentum rolling when they face the PLDT Home Fibr Power Hitters. Meanwhile, Marinerang Pilipina will try to crack into the winner’s circle against the Petron Blaze Spikers. Both matches are slate on Thursday, October 10, at the Malolos Sports and Convention Center.