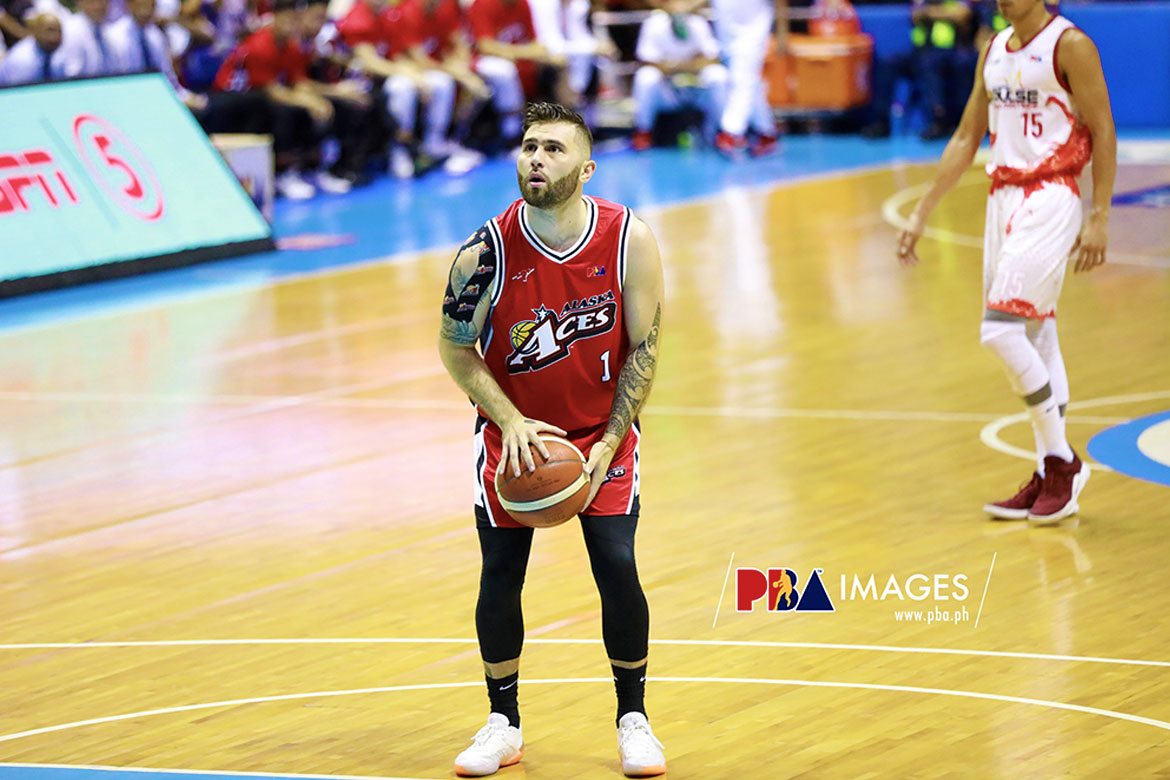 Robbie Herndon caught fire to lead Alaska to a 115-100 win over Blackwater in a tuneup in preparation for the 2020 PBA Philippine Cup, Friday at Gatorade Hoops Center in Mandaluyong.

The Fil-Am guard erupted in the third canto, scoring 14 in the Aces’ telling 16-1 blitz. That then turned their slim three-point advantage to a wide 84-66 lead six seconds prior to the period’s end.

The Milkmen would never relinquish their hold of the driver’s seat afterwards. They even enjoyed a lead as high as 21 points, 101-80, following Vic Manuel’s jumper with 6:49 remaining in the game.

Herndon, who arrived at Alaska during the middle of the 2019 Governors’ Cup, finished with a game-high 21 points.

“Robbie has always had that skill,” lauded coach Jeffrey Cariaso of the 26-year-old Herndon. “Kilala natin siya as a guy who can really light it up and get hot, mabigyan lang siya ng opportunity.

“I was more impressed with the fact na naka-shoot siya, na maski sunud-sunod, it was through our execution, it was through extra passing. If we execute like that always, good things happen,” he continued.

Mike Tolomia had 19 points to lead Blackwater, who actually opened the game with eight straight points before Alaska caught up and got its groove to register the 15-point win.

Mac Belo and Carl Cruz were with the Elite in the tuneup but did not play, since the two are currently recovering from their injuries. Rookie Maurice Shaw was absent to attend to personal matters.