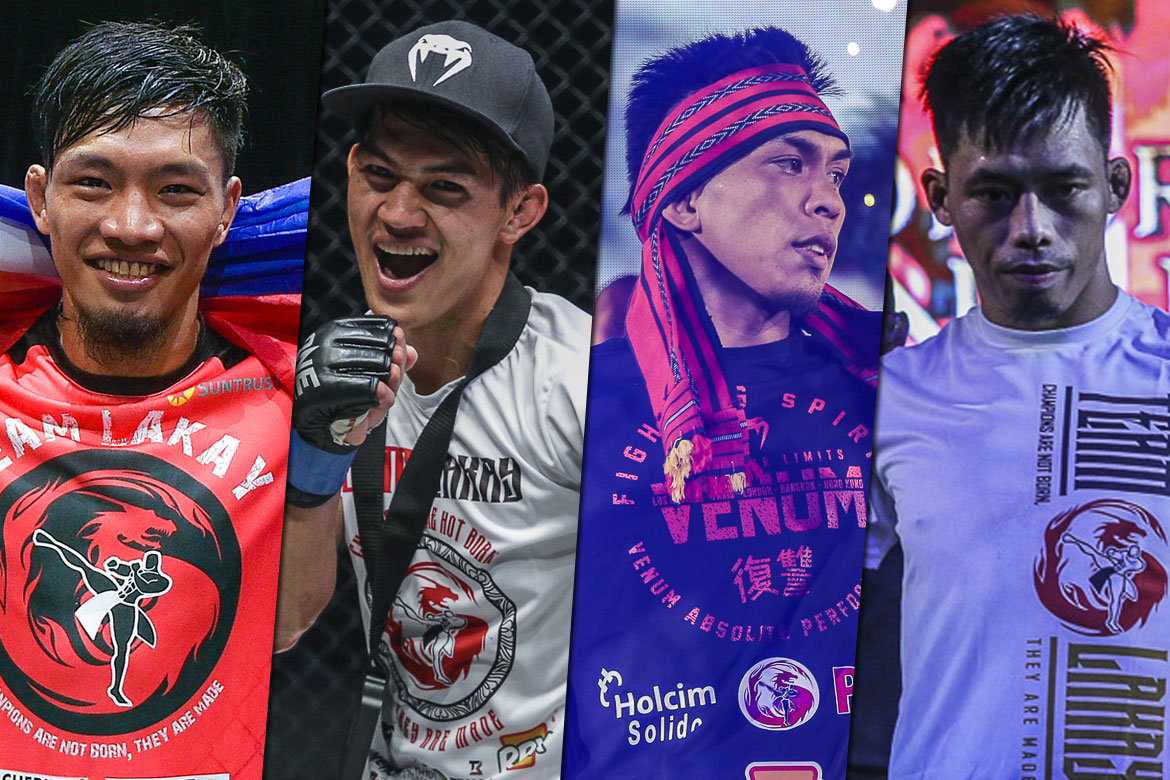 It is all systems go now for Team Lakay as they move towards ONE Championship’s biggest event, ONE: Century, set for October 13 at the Ryogoku Kokugikan in Tokyo, Japan.

Four athletes from the renowned stable will fly the flag of the country as they tangle in important bouts in the organization’s 100th event, which will feature two full-sized cards on the same day.

“It also goes to show how far we’ve come as a team, having four of our athletes in this historic event.”

Kevin “The Silencer” Belingon competes for the ONE Bantamweight World Title as he looks to finish his tetralogy with longtime rival Bibiano “The Flash” Fernandes in the co-main event of Part II.

Meanwhile, the biggest match in Part I is Danny “The King” Kingad’s bout of a lifetime against 12-time Flyweight World Champion Demetrious “Mighty Mouse” Johnson in the ONE Flyweight World Grand Prix Championship Final.

Lito “Thunder Kid” Adiwang also makes his debut in the main roster as he takes on Senzo Ikeda in Part I. On the other hand, Honorio “The Rock” Banario battles the legendary Shinya “Tobikan Judan” Aoki in Part II.

For Belingon, having three of his teammates prepare with him only pushes him to be better.

“It’s easier to prepare because four of us will be competing there. Of course, it helps when we all train together. They push me every time,” Belingon shared.

#ReadMore  Despite being miles away, Alyssa Valdez cheers her heart out for Kiefer Ravena

The momentous event also coincides with the opening of Team Lakay’s modern facility — something that will help them come out with top-notch performances in October.

“It’s a huge help. As I’ve said, we have no reason not to compete and come unprepared,” Sangiao shared.

“We’re excited. You can expect that the team will come in and do everything to win.”