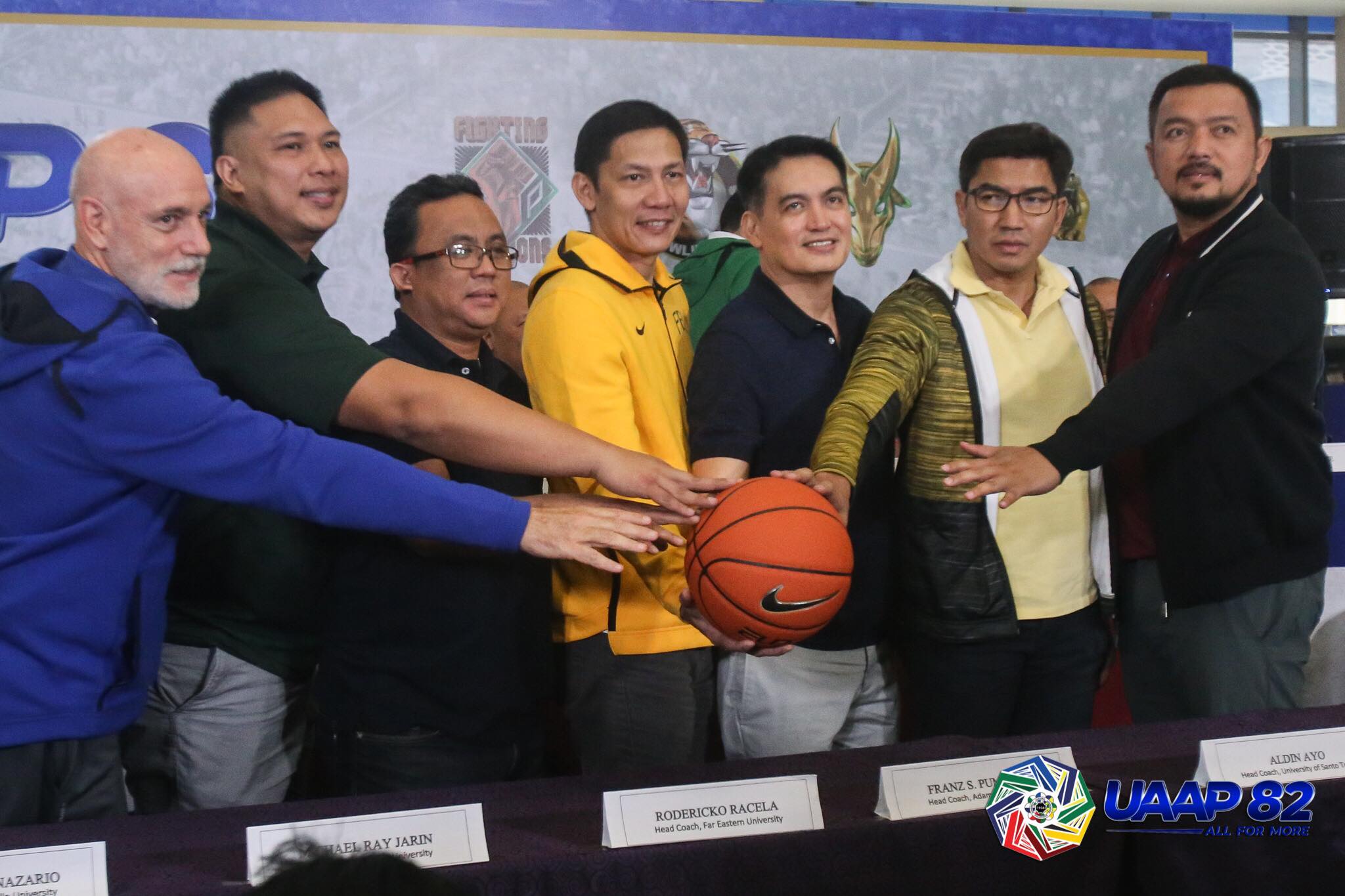 Beyond a shadow of a doubt, defending champions Ateneo de Manila University are the hands-down team to beat in the UAAP Season 82 Men’s Basketball Tournament.

As expected, when asked about the team to beat to win the crown this year, the coaches unanimously picked the Blue Eagles.

“It’s a given that Ateneo is going to be on top,” said UP coach Bo Perasol.

Adamson mentor Franz Pumaren agreed. “It’s quite obvious already. It’s Ateneo and they should be rated number one. From player one to sixteen, skills-wise, they’re all the same.”

This isn’t Ateneo coach Tab Baldwin’s first rodeo, though. He even welcomes that pressure from his peers.

“I know expectations are high for our team and it’s our job to play the best basketball as we can,” said the two-time UAAP champion coach.

The Blue Eagles know too well the stakes this year. On the line is a three-peat in the final season of main cogs Thirdy Ravena, Isaac Go, and twins Matt and Mike Nieto.

Still, while everyone pegs the Blue Eagles as the standard, there are still challengers among the rest of the field.

UP, Adamson, La Salle, FEU, and UST are strong contenders as well in the eyes of the coaches.

“I think that the expectations for our team are in place. Every team is going to be prepared and hopefully, we can live up to the expectations thrown at us,” said Perasol, who is set to unveil Kobe Paras and Ricci Rivero with the Fighting Maroons this year.

“I’m handling one of the youngest teams I’ve ever handled, but hopefully they adjust to the seniors level right away,” quipped Pumaren, who’ll bank on Jerrick Ahanmisi and Valandre Chauca to get things done for the Soaring Falcons.

“We’re all excited for what’s in store for this coming season,” said Green Archers bench tactician Gian Nazario, who made splashes with their three “one-and-done” players.

FEU coach Olsen Racela, for his part, noted, “You’ll be seeing a different FEU team. You’re used to seeing experienced players, but half of our team are rookies. So we’re investing in our youth and hopefully, matulungan nila kami.”

Meanwhile, NU and UE are also no pushovers, as they still have competent squads this year.

“We’ll be very competitive, and we’re excited to compete and show what we can do for this season,” said Bulldogs mentor Jamike Jarin, whose hopes once again hinge on sophomore Dave Ildefonso.

The men’s basketball competitions begin on Wednesday at Smart Araneta Coliseum. UST and UE raise the curtain at 10:30 a.m., followed by UP versus FEU at 12:30 p.m. The main game between Ateneo and Adamson is at 4 p.m.