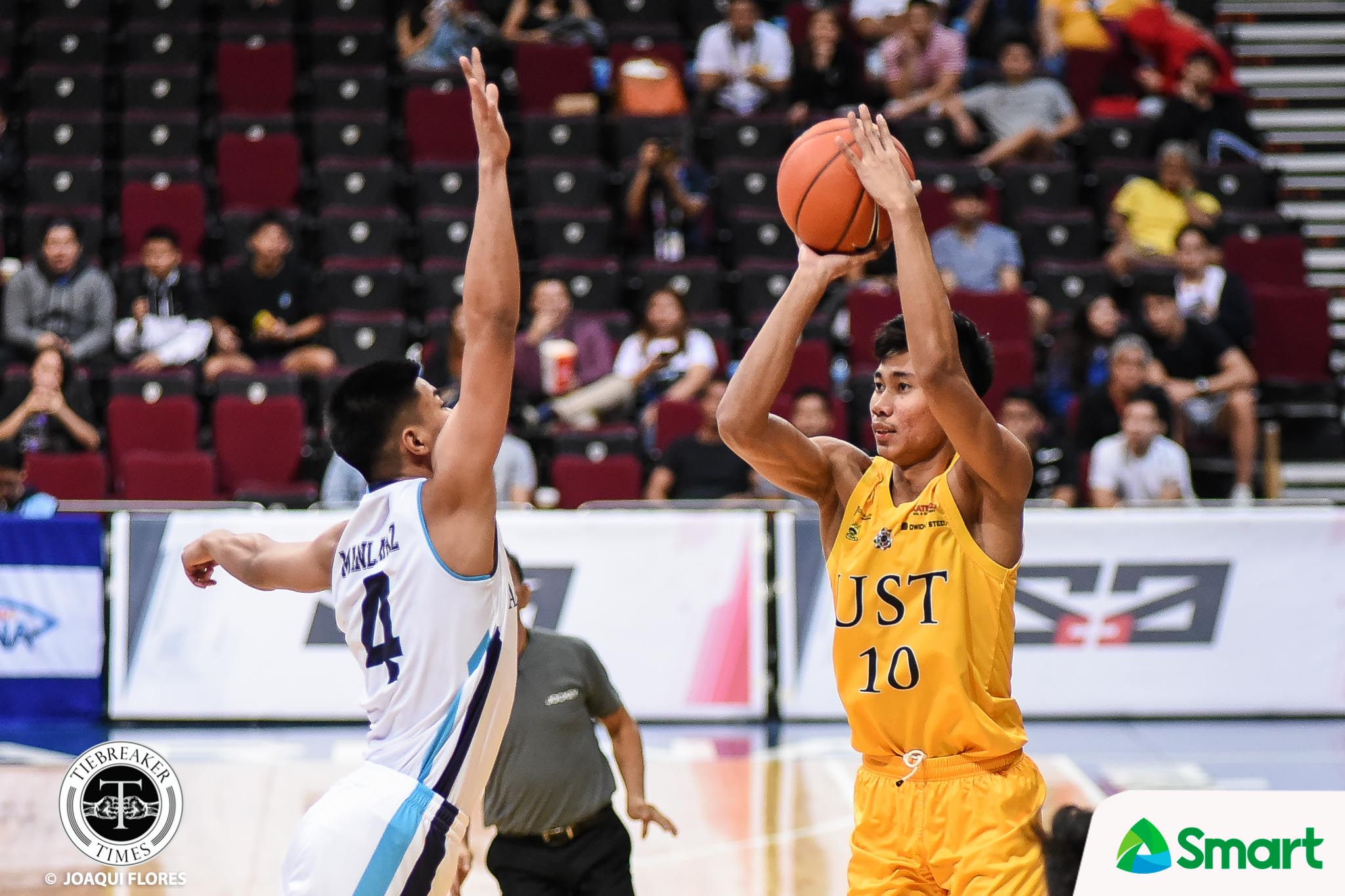 When the Adamson Soaring Falcons were making their furious run against the UST Growling Tigers, Rhenz Abando could only sit helplessly on the bench.

The 6-foot-3 forward had hurt his right leg earlier in the game.

While he was on the bench, Valandre Chauca and the Soaring Falcons went on a blistering 16-0 run. As the dust settled, the Growling Tigers had suffered their second loss of the season, 71-78.

He then tried to play through it, but the final straw — that resulted in his benching — came when he banged knees with Lenda Douanga with 3:24 left.

The hobbling Abando ended the game with his season-low nine points. Previously, he’d averaged 16.0 points during their first four games.

Despite hobbling after the game, Abando assured that he will be with UST when they face the FEU Tamaraws on Sunday.