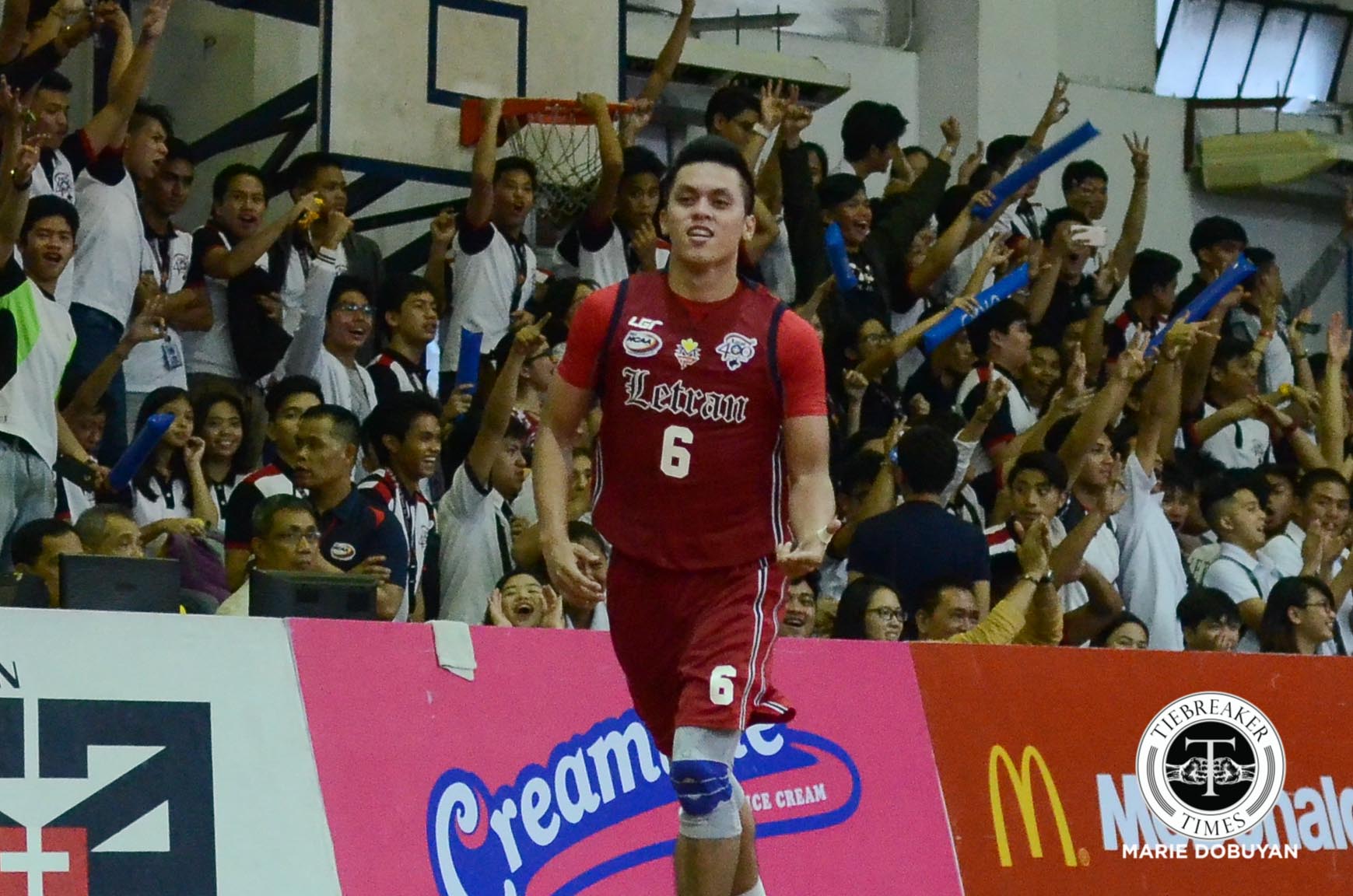 After providing a warm-up last Tuesday against the San Sebastian Stags, Rey Nambatac set this season’s high for points while leading the Colegio de San Juan de Letran Knights to a 92-78 triumph over the College of Saint Benilde Blazers, Thursday evening at the Letran Gym in Intramuros, Manila.

The win extends Letran’s winning streak to two games, to go up to an even 3-3 slate. Moreover, this was the first-time home court was defended this season.

And it was Letran’s team captain that made it all possible, scattering 31 points, 11 rebounds, and five assists.

Bong Quinto bounced back from a sub-par outing last Tuesday, finishing with 14 points and dishing out seven dimes. Stepping up as well was transferee from La Salle Daryl Pascual, who scored 12 points in just 13 minutes.

With the game knotted at 66-all to start the final frame, it was the collective effort of the Knights that led to the game-breaking rally. A fadeaway basket by Quinto sparked an 11-0 run capped by a booming Nambatac triple with 6:59 left. On the other end, the defense forced Saint Benilde to miss their first six shots of the quarter.

Five straight points from JJ Domingo gave Saint Benilde life but an unfortunate left shoulder injury on Kendrix Belgica with 4:43 remaining hampered the Blazers’ chances. Letran led by as much as 14 points as the raucous Letran faithful in attendance turned the game into a party.

Jeo Ambohot finished with a double-double as well with 11 points, 12 rebounds, and two blocks, helping send Saint Benilde to its fourth straight loss.

Letran looks to extend its streak when it takes on the Perpetual Altas on Friday, August 11 at 4:00pm. Saint Benilde, on the other hand, faces the Mapua Cardinals on Tuesday, August 8 at 4:00pm.