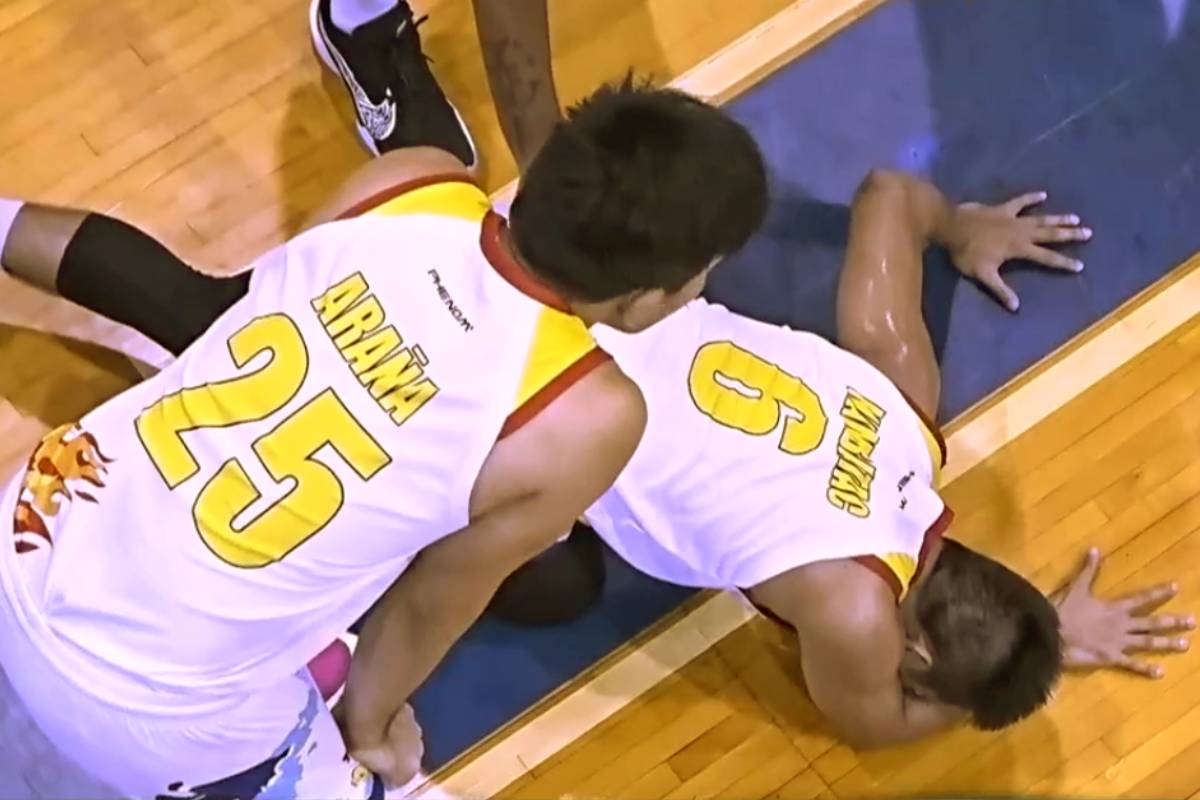 Screenshot from ONE Sports

SMART CLARK GIGA CITY – Rain or Shine will have to tread on in its 2020 PBA Philippine Cup match versus Blackwater Sunday without Rey Nambatac.

This, as the 5-foot-11 guard suffered a right ankle injury.

Nambatac got hurt just mere seconds into the second frame after landing on Elite veteran KG Canaleta as he got up for a shot off the break.

The third-year gunslinger had to be helped on his way to the bench. One Sports’ Denise Tan reported that Nambatac rated the pain an ‘8 out of 10.’

The Elasto Painters are already without two-time MVP James Yap, who’s sitting out reportedly due to a sore left calf.

Rain or Shine is coming off a 62-70 defeat in the hands of Magnolia Saturday and is now looking to end its three-game slide versus Blackwater.