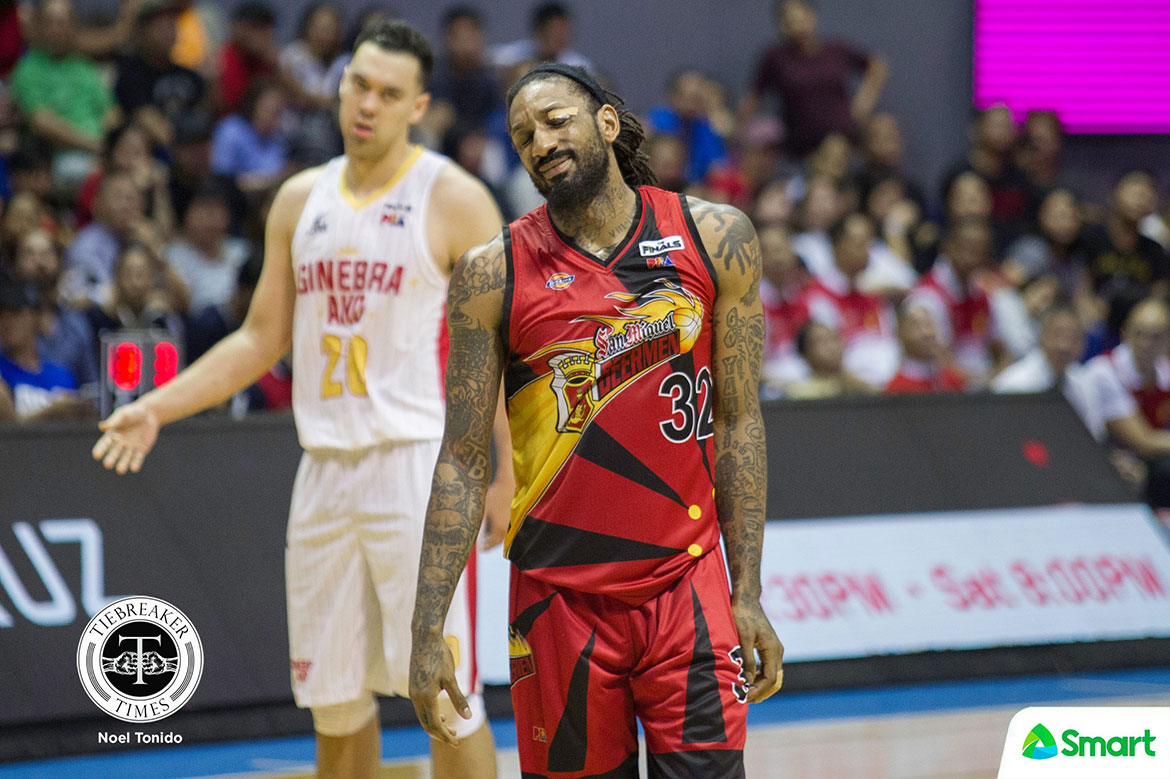 It was just the halftime break of the 2018 Commissioner’s Cup Finals’ Game Four on Friday night, but the heat between defending champs San Miguel Beermen and Barangay Ginebra San Miguel had already reached fever pitch.

Renaldo Balkman and Joe Devance stalled their respective teams’ arrivals at their locker rooms, as the two forwards got into a heated altercation as they exited the hardwood of the SMART Araneta Coliseum.

It all started when Devance and Balkman bumped each other as they were about to head into the dugout. A shoving incident then happened, but then, cooler heads prevailed as their teammates and security stepped in to control things.

Even SMC director Alfrancis Chua stepped in to cool down things as he ordered both squads to separate and head to their respective locker rooms.

That confrontation only attested to the claim that Ginebra head coach Tim Cone made back in Game Two last July 29, that things will get chippy as the best-of-seven series goes along – Game Two saw plenty of altercations and ejections.

Luckily, that Balkman-Devance fracas was the only commotion that happened in the game. And as the dust settled, Devance and the Barangay emerged victorious with a dominant 130-100 win over the defending champions.

And after the match, both Balkman and Devance downplayed the incident.

“None really. Just… It’s nothing, I mean. We don’t have no fight,” said Balkman. “You know, what happened, happened. It wasn’t that bad. It made it seem like it looked all bad but we’re just walking to the dugout.

“It was no big deal,” said Devance on the other hand. “Just a little pushing. You know, nothin’. There wasn’t no punches thrown or anything like that. You know, I mean, emotions are going to be high, you know, so that’s all it was.

“It wasn’t nothing big.”