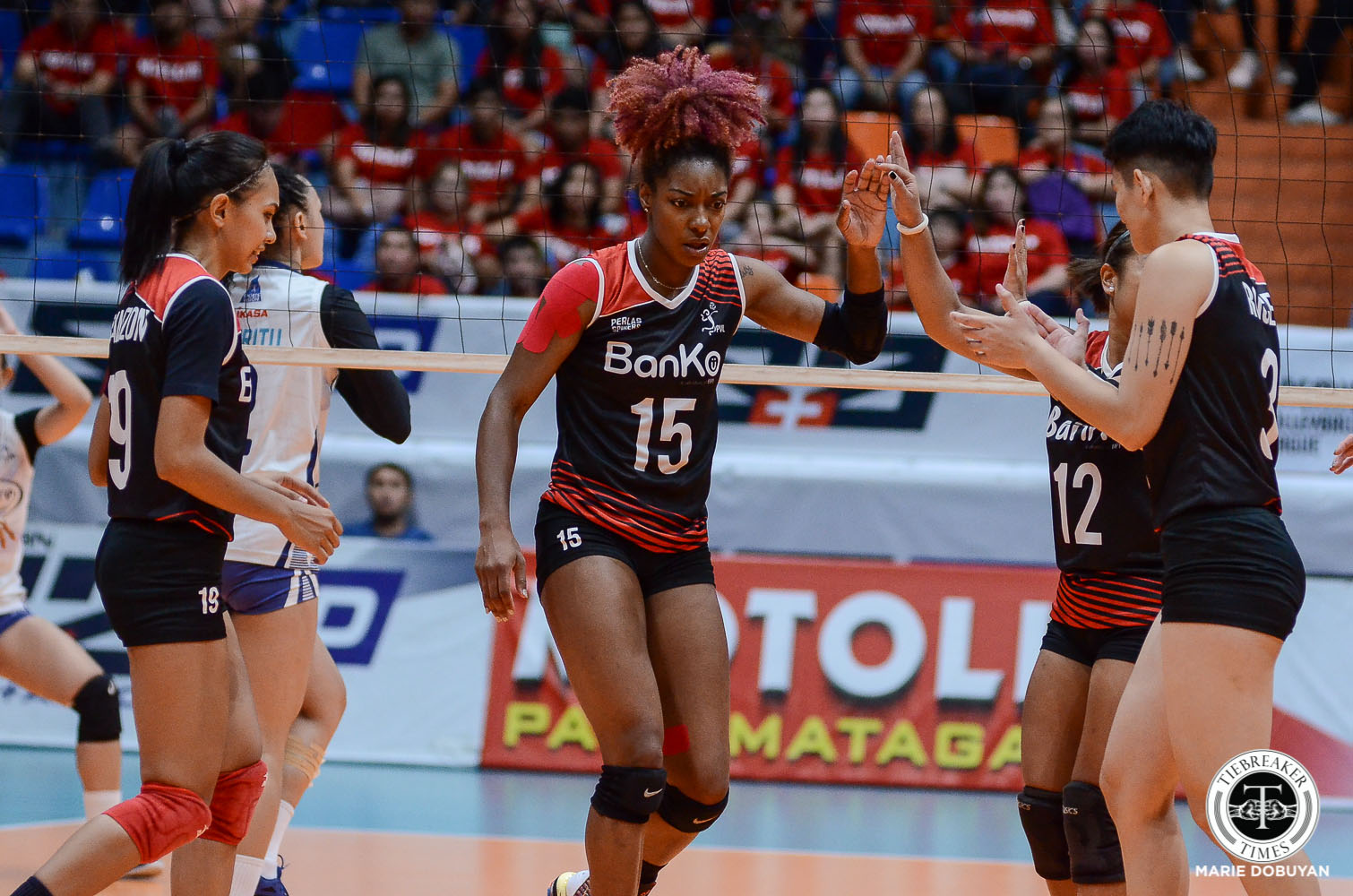 “It’s an improvement,” said BanKo import Kia Bright. “Although I still think we’re still working to jell completely as a team but definitely much better than last game. I’m grateful for that and hopefully, we could just continue to improve from here.”

Four Perlas Spikers barged into the double-digit territory as American reinforcement Bright, who had a dismal six-point outing in their season opener, found her usual form to finish with 16 points spiked by four blocks.

Wriggling past a tight opening salvo before squandering the second set, the Perlas Spikers stepped on the gas. As the troika of Bright, Tiamzon and Yildrim cliked offensively, BanKo surged in the third and fourth sets.

Danijela Dzakovic, the Montenegrin import who was unable to play in BaliPure’s season opener due to complications in her International Trade Certificate last Sunday, had 23 markers built on 15 spikes, five aces, and three denials in a losing cause.

Tomorrow, in the second game of their back-to-back games this weekend, the Perlas Spikers look to make it two in a row versus the Creamline Cool Smashers. On Wednesday, BaliPure faces the streaking Petro Gazz Angels. Both games will be played at the same venue.