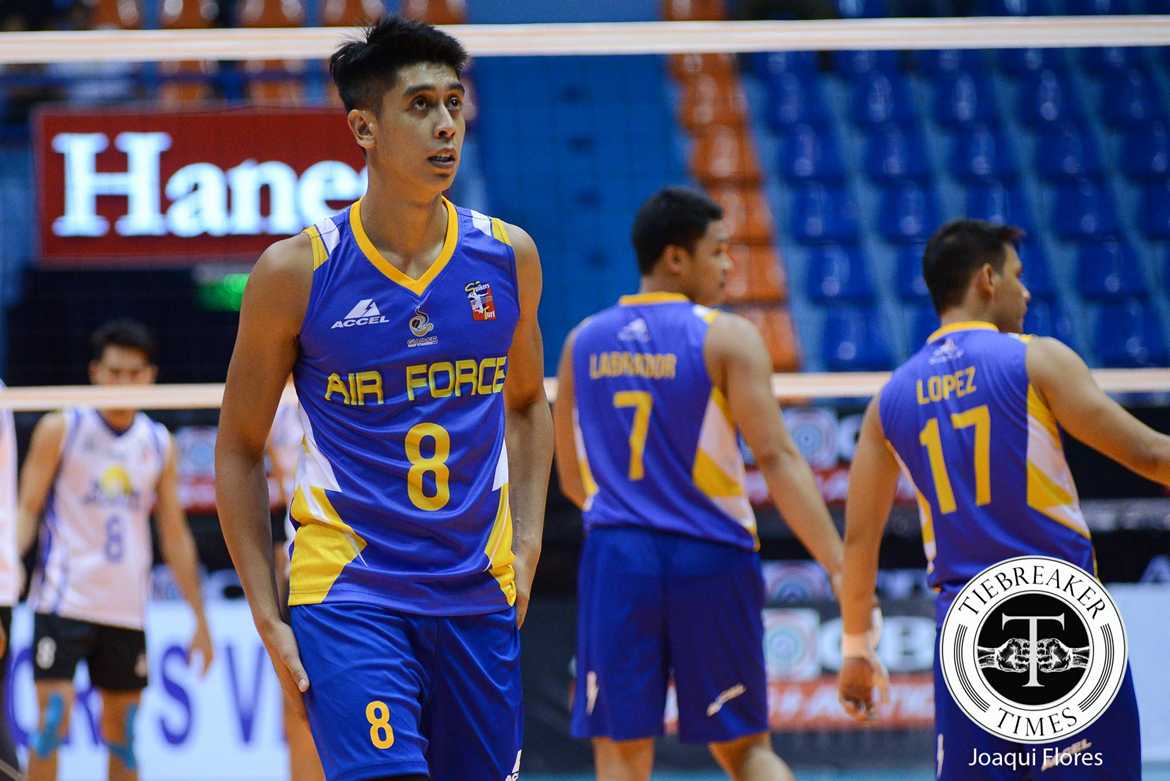 Despite their massive 27 errors, the Airmen compensated with an overwhelming offensive assault powered by National Team veterans and young collegiate stars.

Air Force head coach Rhovyl Verayo stressed the importance of limiting their errors in future matches, citing that they cannot gift their foes nearly half their points.

Verayo also relishes the addition of young legs to his lineup after injuries marred Air Force’s Reinforced Conference campaign last season. The Airmen’s staple hitter, Ranran Abdilla, had sustained an ACL tear that is still yet to be operated on.

The Philippine Air Force (1-0) will next face the Cignal HD Spikers (1-0) in a rematch of the 2015 Reinforced Conference Finals on Saturday, June 4. On the other hand, Sta. Elena (0-1) look to bounce back as they face the IEM Volley Masters (1-0) on Wednesday, June 8.