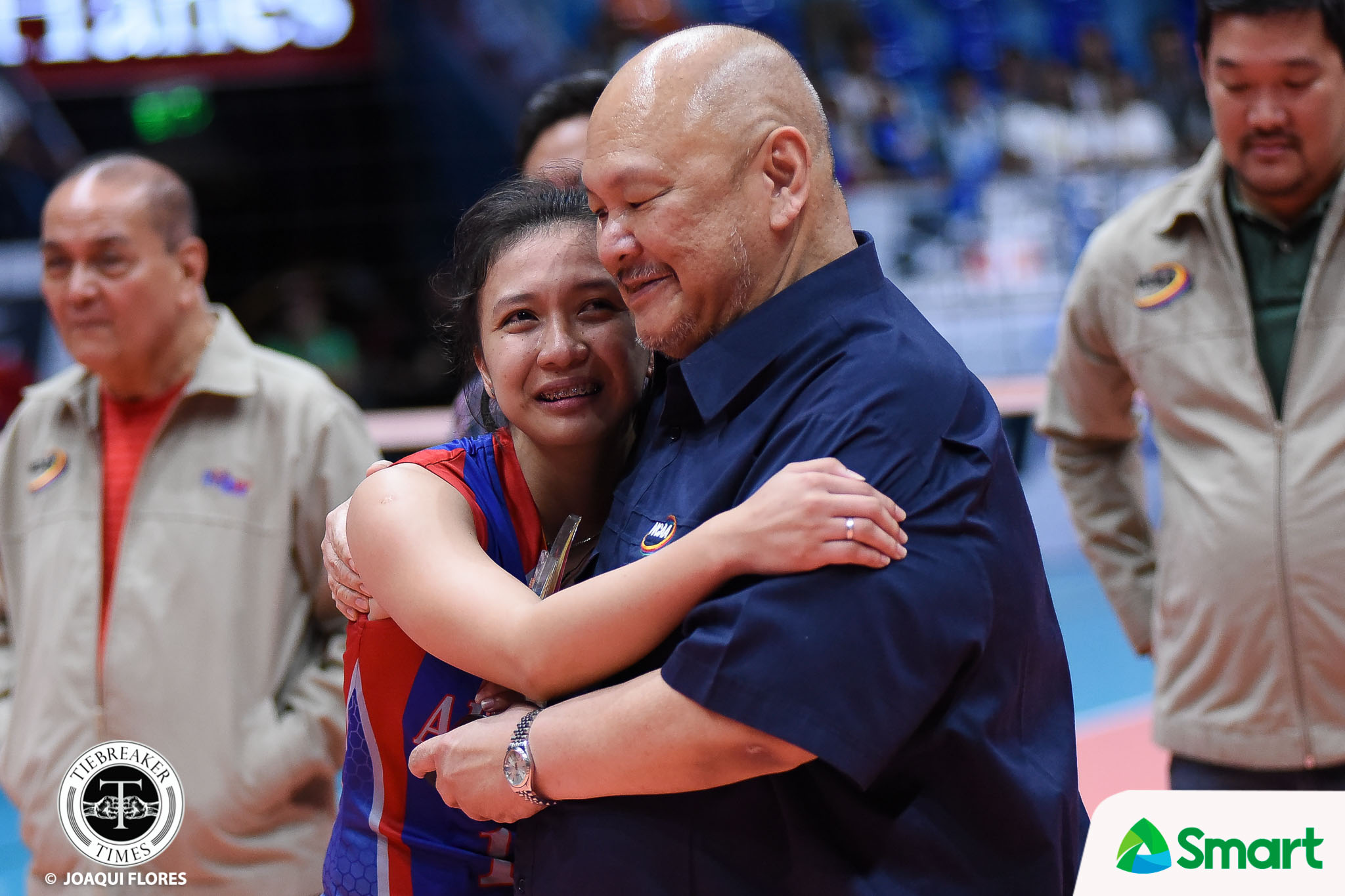 NCAA Season 93 Women’s Volleyball Best Opposite Hitter Regine Arocha capped her season with a splendid showing in the Finals. For this, she was crowned the the Finals Most Valuable Player.

Arocha poured in 15 points to go with 12 digs and 11 excellent receptions in the Arellano Lady Chiefs’ title-clinching match against the San Beda Lady Red Spikers, Monday evening. This came after a 14-point outing in Game One for the third-year spiker.

Arocha was Arellano’s best scorer throughout Season 93, averaging 14 points per outing and leading her squad to a 10-1 record.

According to Arocha, she and the Lady Chiefs smelled blood in the third set of Game Two, feeling that they had the win in hand.

What ensued was a storm of Arellano attacks, spearheaded by Arocha’s all-around play.