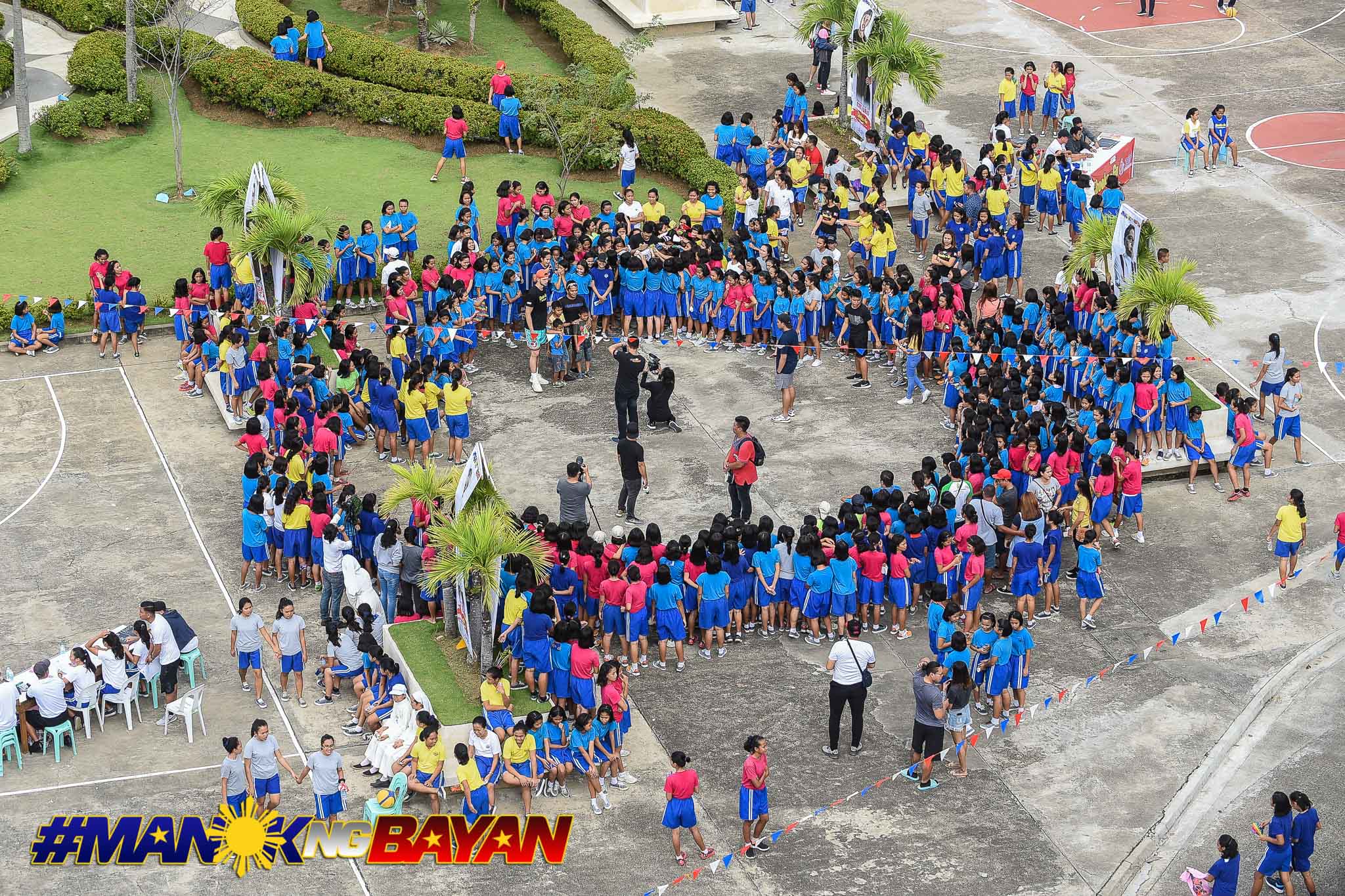 To culminuate the first-ever Chooks-to-Go/Samahang Basketbol ng Pilipinas 3×3 basketball tourney, Sisters of Mary School Girlstown hosted the last six legs of the tourney. And they made sure that the Philippines would shatter the International Basketball Federation (FIBA)-record for most number of participants playing in a 3×3 game.

A total of 1,656 girls turned out, registered in the FIBA 3X3 play app, and participated in the Under-18 tourney held in Talisay City, Cebu.

With this outcome, the two-day event had a combined 3,043 participants – shattering the previous FIBA-record of 1,898.

“When we were just in the planning stages of the event, we expected that we will break the record. But we did not expect that it would be by [such] a wide margin,” shared Chooks-to-Go president Ronald Mascariñas.

“Girlstown made sure that the record will be owned by the country, and the country should be forever grateful to them,” added the amiable executive, who gave a PHP 100,000 donation to Girlstown before the games began.

The event was played across 36 courts.

As the two-day tourney ended, the SBP expressed its sincerest gratitude to SMS for opening its doors to them.

“To be able to give back to those thousands of kids through my passion in basketball, and to serve our country as well, is more than fulfilling,” said coach Mark Solano.

“Well for the SBP, all the ranking points will definitely help the federation’s 3×3 world ranking for us to fulfill our Olympic dream!”

Now, the waiting game begins for Chooks-to-Go and SBP, as FIBA will look through the documents and verify if the record has been set.

“Now, we await FIBA 3X3. The SBP is currently in the process of sending over the proper documentation to FIBA’s offices. We are confident that we have done everything right and, more importantly, get the points to qualify for the Olympics,” said Mascariñas.

“And we are proposing to make this a yearly event,” he declared.

New TNT will live and die by the three, says Jayson Castro