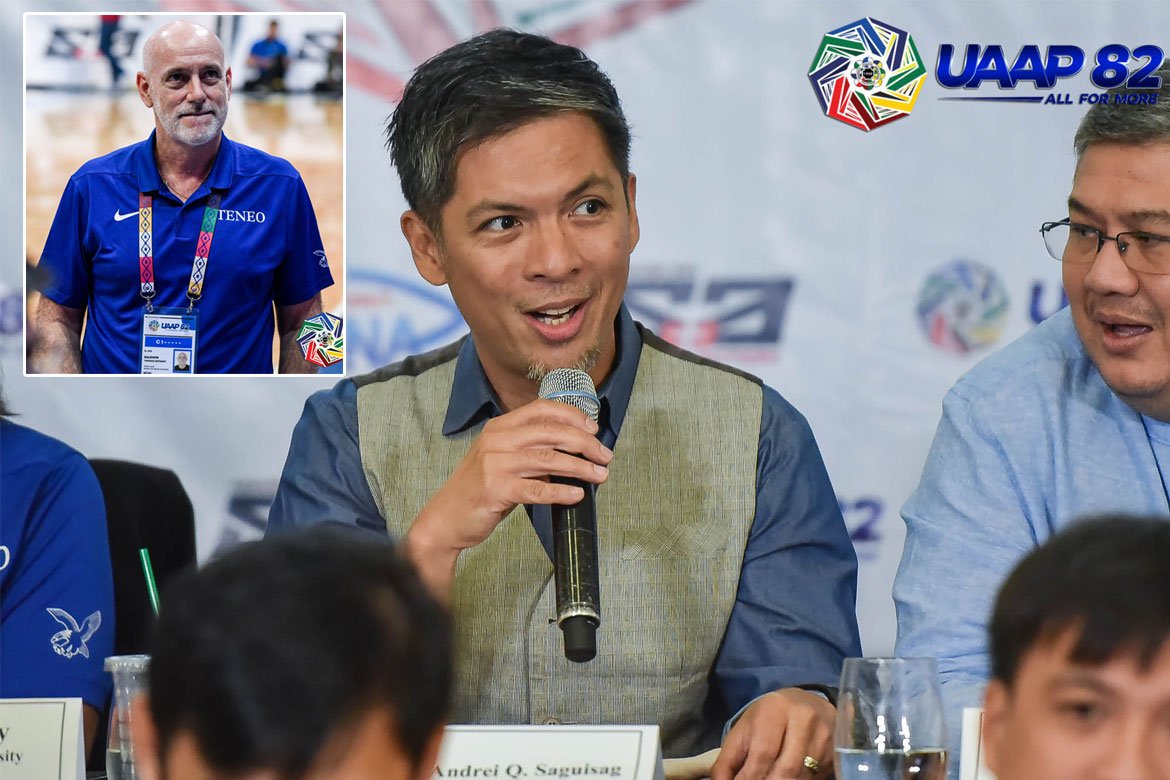 UAAP Executive Director Rebo Saguisag and Season 82 President Emmanuel Fernandez would be the first to admit that they have yet to hear the entire Coaches Unfiltered, presented by SMART session with Ateneo head coach Tab Baldwin.

But for them, living in a free country means that everyone is entitled to their own opinions.

“I can’t really comment on the specifics,” said Fernandez during Tuesday’s PSA Forum, which is powered by SMART and presented by San Miguel Corp., Go For Gold, Amelie Hotel, Braska Restaurant, and the Philippine Amusement and Gaming Corporation.

“But at the end of the day, everybody’s entitled to their own opinions.”

“It’s important to know the context of what was said,” added Atty. Saguisag, who is the son of human rights lawyer Rene Saguisag.

Baldwin, who is as decorated a coach as they come in the international scene, has come under fire by the PBA after making suggestions regarding the format of the league. The multi-time NBL champion coach said that having single-import conferences is a “big mistake” and that calls on imports are different.

Saguisag, though, stressed that context is key in understanding what is happening.

“I never watched it in full nor have I read the transcript in full. It’s very irresponsible to comment on something that you do not fully appreciate,” the amiable executive continued.

As far as the league is concerned, though, they have no problems with the comments made by Baldwin about it. Moreover, they also respect the UAAP respects the opinions from other leagues.

“So far as the UAAP is concerned, I’m not aware of any derogatory remark attacking the integrity of the UAAP. Whether or not he uttered something that caused a stir among other organizations which he may or may not be a member of, we respect that kasi kanilang organization ‘yun eh,” said Saguisag.

“But in so far as the UAAP is concerned, sabi nga nung iba, maganda ang sinabi about us so no problem.”

UAAP Season 82 to crown General Champion, but no Athletes of the Year