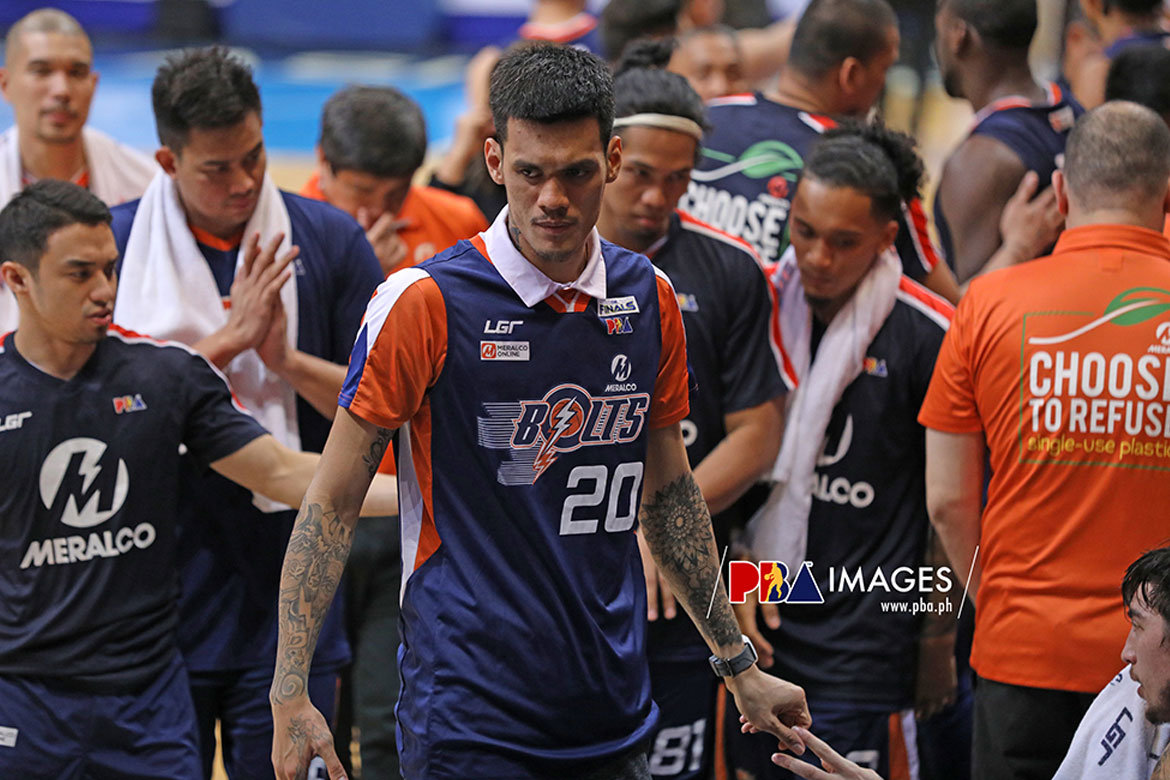 Raymond Almazan had said that he planned to finish the 2019 PBA Governors’ Cup Finals despite a knee injury.

The 6-foot-8 center made the declaration after playing in Game Four of Meralco’s clash versus Ginebra last Wednesday, despite a diagnosis of a meniscal tear in his left knee the day before.

Almazan did not suit up in Game Five on Friday night, though. The Barangay capitalized on his absence, taking a 105-93 win to clinch their third Governors’ Cup title in four years.

Despite the disappointing result of the series, Almazan is simply moving on from it. He now plans to undergo surgery to repair his knee, then focus on healing.

He is set to go under the knife “probably next week”.

Almazan knows that it will take some time for him to recover. Still, the six-year pro out of Letran said that this will only motivate him to come back stronger and better.