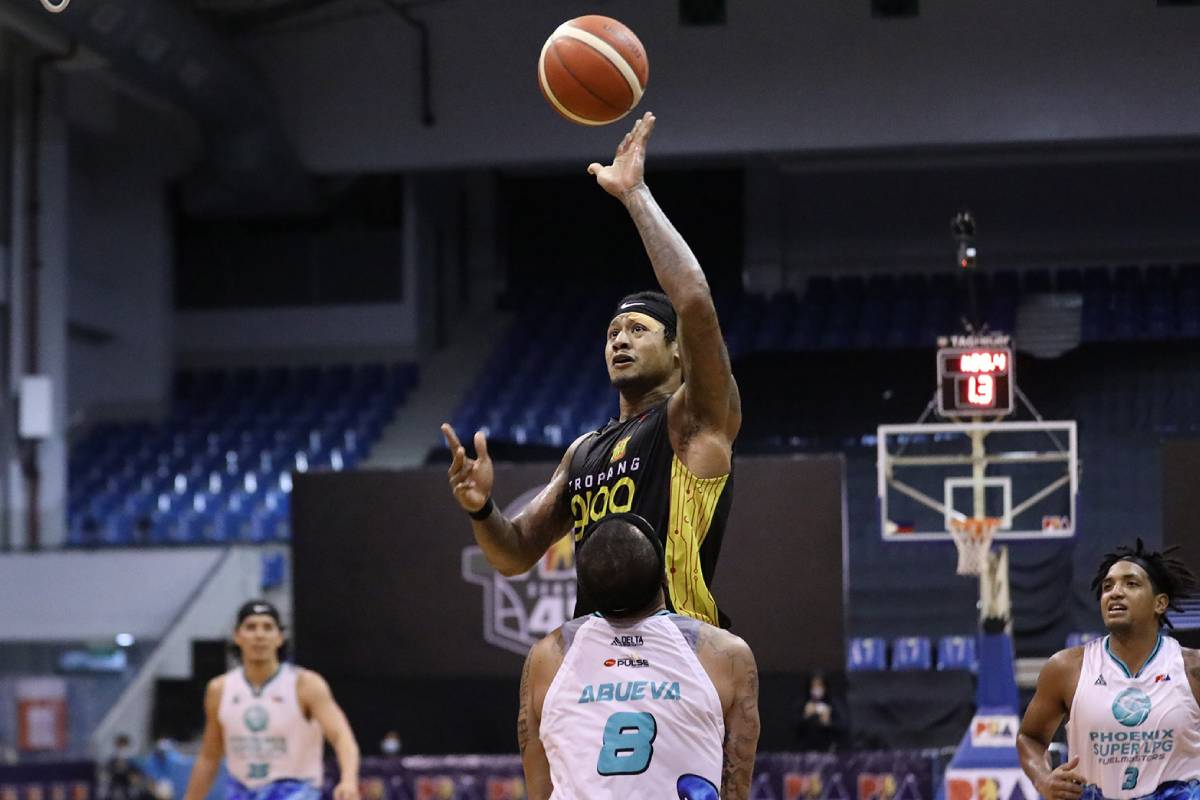 Carrying the Parks surname is definitely no easy task, but Bobby Ray Jr. has undoubtedly shown in his young PBA career that the legacy his late, great father left is very much in good hands.

And for the TNT Tropang Giga star, simply being a candidate for the 2020 PBA Philippine Cup Best Player of the Conference (BPC) award could somehow, someway, help him solidify such.

“I still carry the Parks name and I just wanna put my own footsteps down, you know, bring my own chapter into play when it comes to playing in the PBA and create more of a chapter for the Parks legacy,” he said with a smile in the new show The Game on ONE News.

“So being able to be a candidate for this award could really help solidify that in some ways.”

But for the 27-year-old combo guard, it is a “privilege and honor” to just be mentioned alongside such names, which he firmly believes will go down as among the league’s greats in the future.

“To be going up against names like Stanley Pringle, Matthew Wright, all those guys, is already a privilege and honor,” said the second overall pick of the Blackwater Elite in the 2018 Rookie Draft.

“Those are some of the PBA’s greatest players, to be honest, like, you know, from the present and towards the future. So I’m excited about that.”

Parks, Jr. has been with the flagship MVP Group franchise since 2019 via trade, but it was really in the Clark bubble where he showed that he can be one of its pillars moving forward.

The former ABL three-time MVP carried over his fine play in the playoffs especially in the semis, carrying TNT from a 1-2 deficit versus the Fuel Masters on the way to the Finals, where they bowed to Ginebra in five games.

In the semis that went the full five-game route, Parks, Jr. posted norms of 27.8 points — including a 41-point outburst in Game Two that saw him bury 10 three-pointers — along with 8.4 rebounds and 3.6 assists.

Triples were really a thing of Parks, Jr. last season. After making just 33.2-percent of his long-distance shots in 2019, the lefty gunner shot a league-best 46.5-percent last season.

“Just picking my spots and shooting the shots that I wanna shoot. You know, just trying to put me in a position where I’m ready to catch and make the right decision–and my teammates did a great job of just finding me, to be honest,” he said.

The Samahang Basketbol ng Pilipinas expressed its regret in informing that the Philippines’ hosting of Groups A and C for the FIBA Asia Cup...