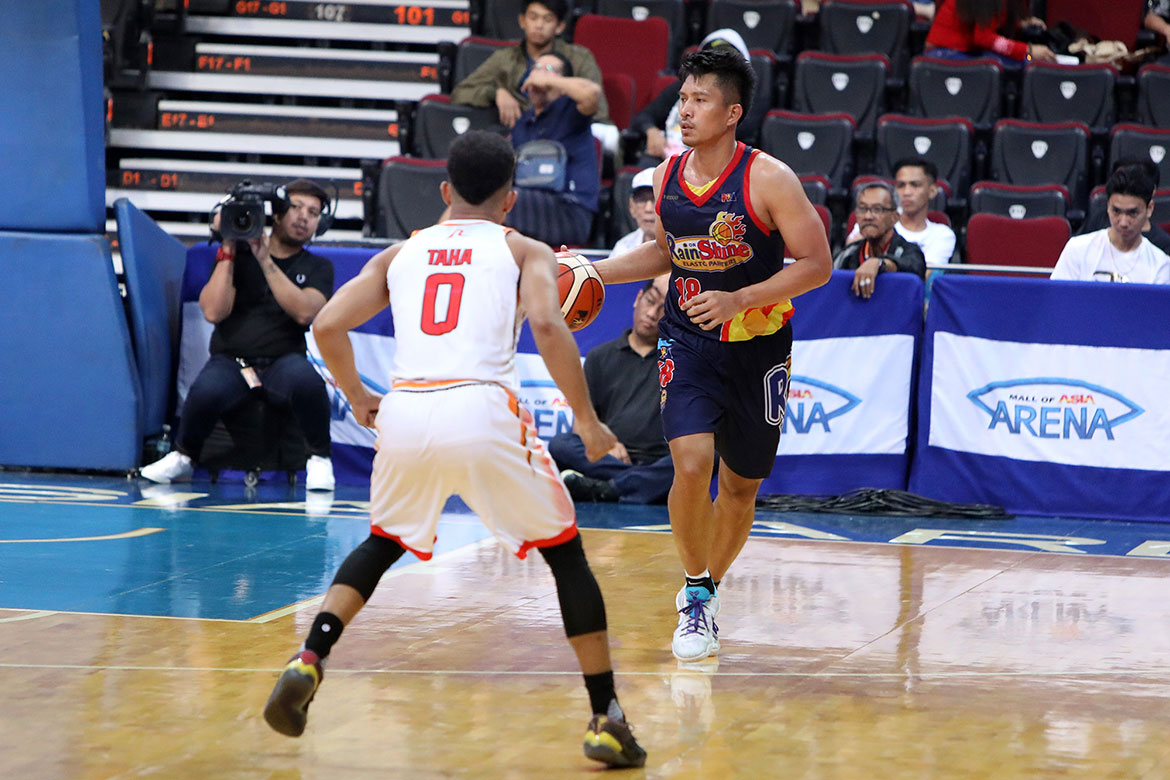 Facing adversity against a spirited opponent, the Rain or Shine Elasto Painters regrouped, eventually rallying back against the NorthPort Batang Pier to take a 107-100 triumph and collect their third straight win in the 2019 PBA Philippine Cup, Friday night at the SM Mall of Asia Arena in Pasay.

The Elasto Painters finished the match with 10 straight points to frustrate the Batang Pier, who took a 100-97 lead after allowing Rain or Shine to get a hold of the driver’s seat. Before that, Northport had led by 12 points early in the fourth quarter.

Rain or Shine improved to 5-1 while sending NorthPort to 2-2.

“It was a hard win for us, we fought back until the end,” said Rain or Shine head coach Caloy Garcia.

James Yap and Beau Belga led the way with 19 points apiece on a combined 13-of-22 shooting from the floor. Norbert Torres continues to impress with 16 points, while Raymond Almazan made 14 markers and five rebounds.

The Elasto Painters went down by as many as 14 early in the match. They even faced a 12-point deficit, 79-91, after Mo Tautuaa’s hook shot went in with about 11 minutes remaining in the final chapter.

But Rain or Shine waxed hot afterward, pulling off an 18-4 blitz – capped off by Ahanmisi’s triple – to take a 97-95 lead with less than six minutes to go.

The Batang Pier then scored five straight points to retake the lead, 100-97, with 3:52 to go. But that was their last gasp as Belga, Yap, Rey Nambatac, and Mark Borboran joined hands for a 10-0 run to end the match.

Rain or Shine will next face the league-leading Phoenix Pulse Fuel Masters this Sunday, February 10, at SMART Araneta Coliseum. Meanwhile, NorthPort will look to get back on track versus the Barangay Ginebra San Miguel on March 1, Friday, still at the MoA Arena.

Only fitting for Perpetual’s season to end in do-or-die match, says Macky Cariño