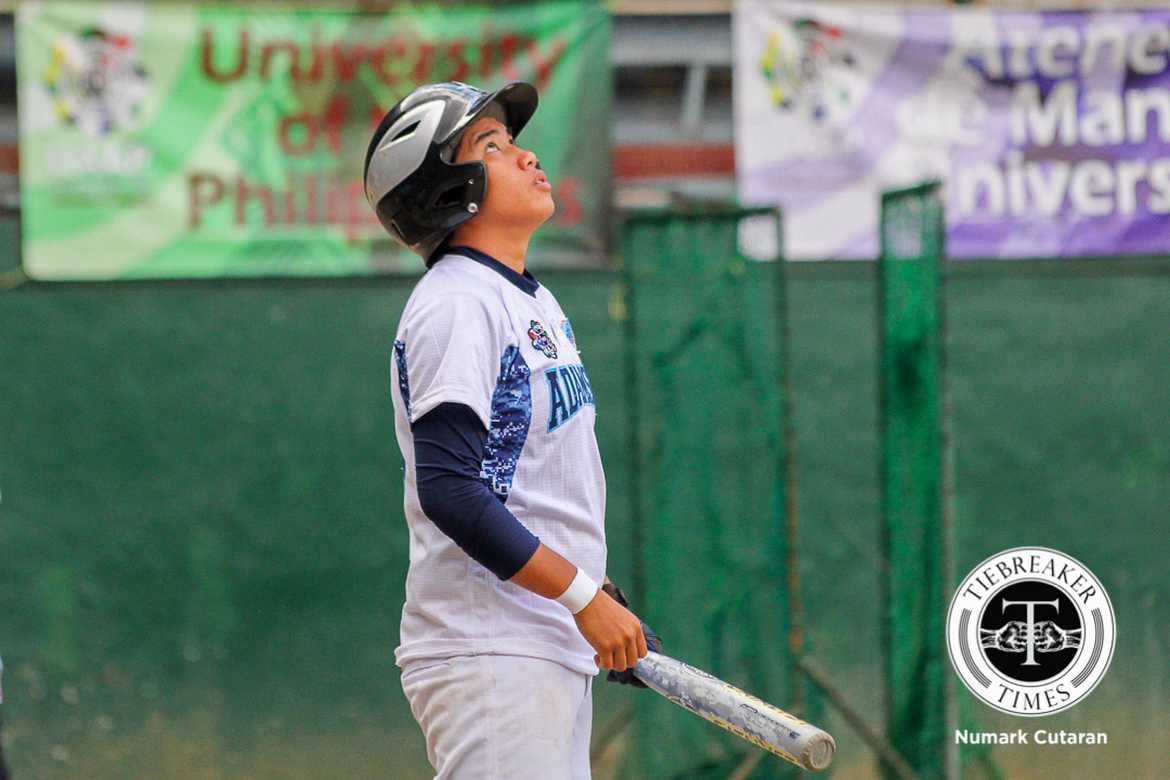 Five years ago, the Adamson University Lady Falcons had just reclaimed the UAAP softball title after having lost it to the University of the Philippines and University of Santo Tomas.

But the school wanted to rebuild its reputation as the best in the sport and the league, and again win championships.

Therefore, head coach Ana Santiago returned to her usual destination in Bacolod to scour for more great softball talents. One of these girls was Queeny Sabobo.

Getting the young Sabobo to commit to Adamson was a no-brainer. “Dream school ko rin po talaga Adamson,” Queeny shared. One of the primary reasons she had for wanting to study and play for the Lady Falcons was that she idolizes their former ace pitcher Cloine Muyco. She had then told of her decision. “Ma, Adamson na lang ako, baka sakaling kunin ako ni coach Ana. Eh kinuha po ako, so nag-decide na po ako na dito pumasok,” she said.

However, in a team loaded with talent, some players had to make sacrifices, especially those who were just starting out. That was the similar case for Sabobo. She recalled, “Bale hugot-hugot lang po nung first round.” Nevertheless, when she took over the chores at shortstop for the second round, things had boded well for the Bacolod native. Her performance had not gone unnoticed, as Queeny was awarded an individual award in just her first year, after being named the Rookie of the Year.

From there, it was a steady improvement for the graduating Physical Education major. For that, Sabobo attributed hard work for her continued progression. “Training lang po ng mabuti, tsaka disiplina sa sarili.” She added that their coaches also had a hand in how each of them in the team would focus on the task at hand. “Tsaka nasa coaches din po, kung pano nila kami dinidisplina.”

What is apparent, however, in all the games that Sabobo has played for Adamson is that she is the epitome of playing with all heart. Coach Santiago, in all her interviews with the media throughout the season, has emphasized the heart that her team had showed this year. The long-time mentor said this again after they clinched their sixth-straight title, March 14, “Sabi ko nga sa mga player ko, ‘huwag na natin pag-usapan yung talent. It’s not about talent, it’s about heart and mental. Yun yung gamitin niyo sa game.’”

During their last eliminations game against the UST Tiger Softbelles, Sabobo had fired an off-the-fence homerun to try and spark the then five-time champions for a comeback. It was not enough, however, as The Streak had ended. The finals came, and Sabobo once again did what she does best. In both games, she drove in huge hits in attempts to jump-start Adamson’s offense. The biggest “big hit” of her career might be that 2-RBI homerun that leveled Game 2 to 2-apiece, and eventually set up a come-from-behind win for the Lady Falcons, who ultimately went on to win the championship.

READ  Bagunas sits out UP match, next two weeks after knee injury

When asked what would be her legacy for the team, the UAAP Season 78 Most Valuable Player said, “Maging palaban lang sila sa lahat ng pagsubok ng buhay, sa loob at labas ng field.”

Sabobo might be leaving the field in an Adamson jersey, but beyond the hits, the homeruns, the assists, and the double plays, she left something with each one of her teammates – inspiration to be the best one can be. Queeny believes and hopes that her example will bear fruit in the years to come.

From winning Rookie of the Year on her maiden season, to being named both as Season and Finals MVP in her last year, Queeny Sabobo has truly reigned throughout her career. Nevertheless, it is now time to pass the crown.

Castro lights it up, leads TNT in blowout of ROS