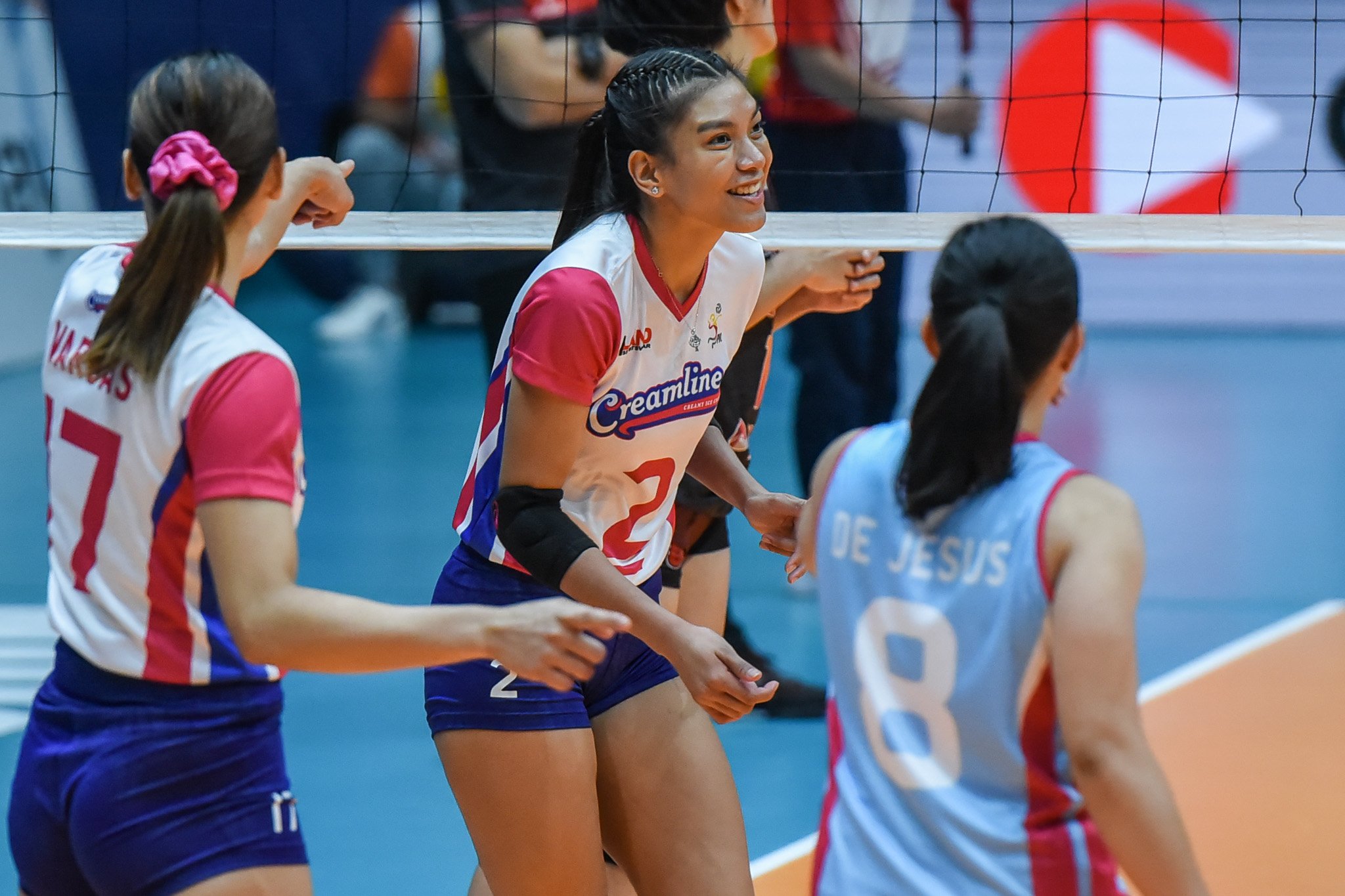 Carlos dropped a game-high 17 points on 15 attacks, an ace, and a block to go along with eight digs while Valdez bounced back from an eight-point performance against Petro Gazz with 13 points, all coming from the attack line, along with 11 digs to help the Cool Smashers move to 2-0.

Creamline extended its winning streak to 10 games dating back to the 2022 Open Conference.

The High Speed Hitters threatened to force a fourth set, putting up a 17-13 advantage late in the third frame off a Fiola Ceballos ace. Valdez eventually pulled the Cool Smashers to within one before back-to-back attack errors from Jules Samonte tied the ball game at 18.

Creamline found itself down by two later on, 18-20, but Carlos immediately put her team up by scoring three points in a 6-0 blast that gave the Cool Smashers a 24-20 advantage.

Galanza added 12 points in the win while Jia De Guzman dished out 18 excellent sets to go along with three points.

On the other hand, Jules Samonte was the lone bright spot for PLDT, who dropped to 1-1, with 10 points and 11 digs. Fiola Ceballos added eight points and 21 excellent receptions in the loss while Dell Palomata and Chin Basas had six points each in the loss.

Creamline will take on the undefeated Cignal on Thursday at 5:30 PM while PLDT looks to bounce back against Petro Gazz on Tuesday at 5:30 PM.