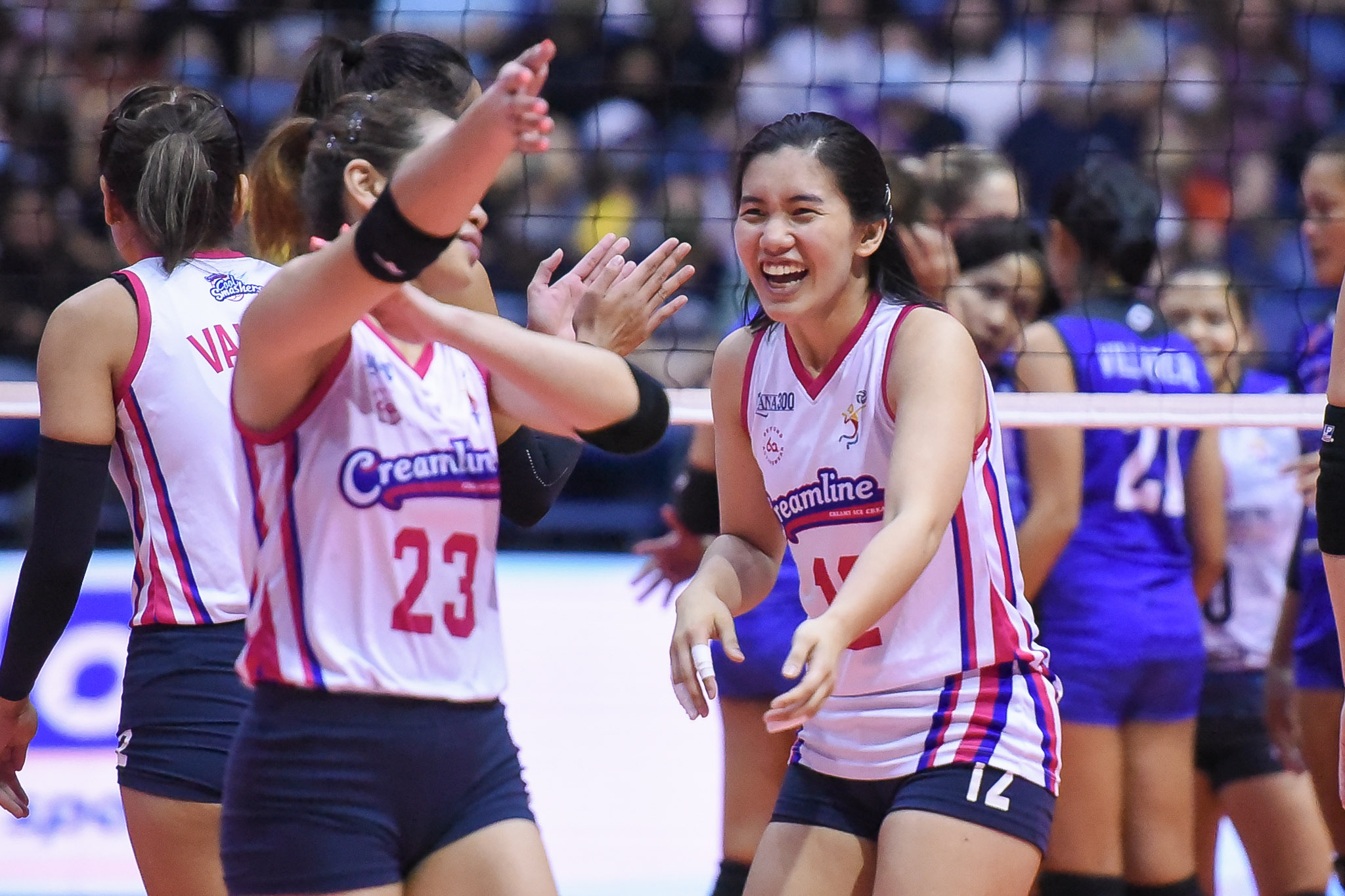 Coming off a tough loss against F2 Logistics, Creamline bounced back and dealt United Auctioneers Inc-Army its 12th consecutive loss, 25-12, 25-18, 23-25, 25-23 in the 2022 Premier Volleyball League Reinforced Conference, Saturday at the Smart Araneta Coliseum.

The Cool Smashers returned to the win column boasting a 6-1 slate after suffering a five-set loss to the Cargo Movers, where they already put up a 2-0 lead to start the game before losing the next three sets, last Tuesday.

Jema Galanza put on an all-around effort with 14 points, 23 excellent receptions, and 11 excellent digs while Tots Carlos, who provided the spark in the fourth set, finished with seven markers off the bench.

Jia De Guzman delivered 24 excellent sets to go along with four points – three of which came from the service line – while Kyla Atienza had nine excellent digs and six excellent receptions.

Trailing by one point in the fourth frame, 13-14, Jema Galanza fired three points in a 6-0 blast to give Creamline a five-point advantage, 19-14.

Condotta’s attack then sailed out before Galanza nailed the game-winning hit to finish the game.

The Lady Troopers, who lost their last five games in the Invitationals, dropped their seventh straight loss this conference in as many games.

Condotta led UAI-Army with 20 points to go along with 13 excellent digs and seven excellent receptions while Nene Bautista and Jovelyn Gonzaga added 12 and 10, respectively.

Creamline will cap off the elimination round against sister squad Choco Mucho on Thursday, 5:30 PM while UAI-Army looks to end its campaign on a winning note against Petro Gazz on Saturday at 2:30 PM.