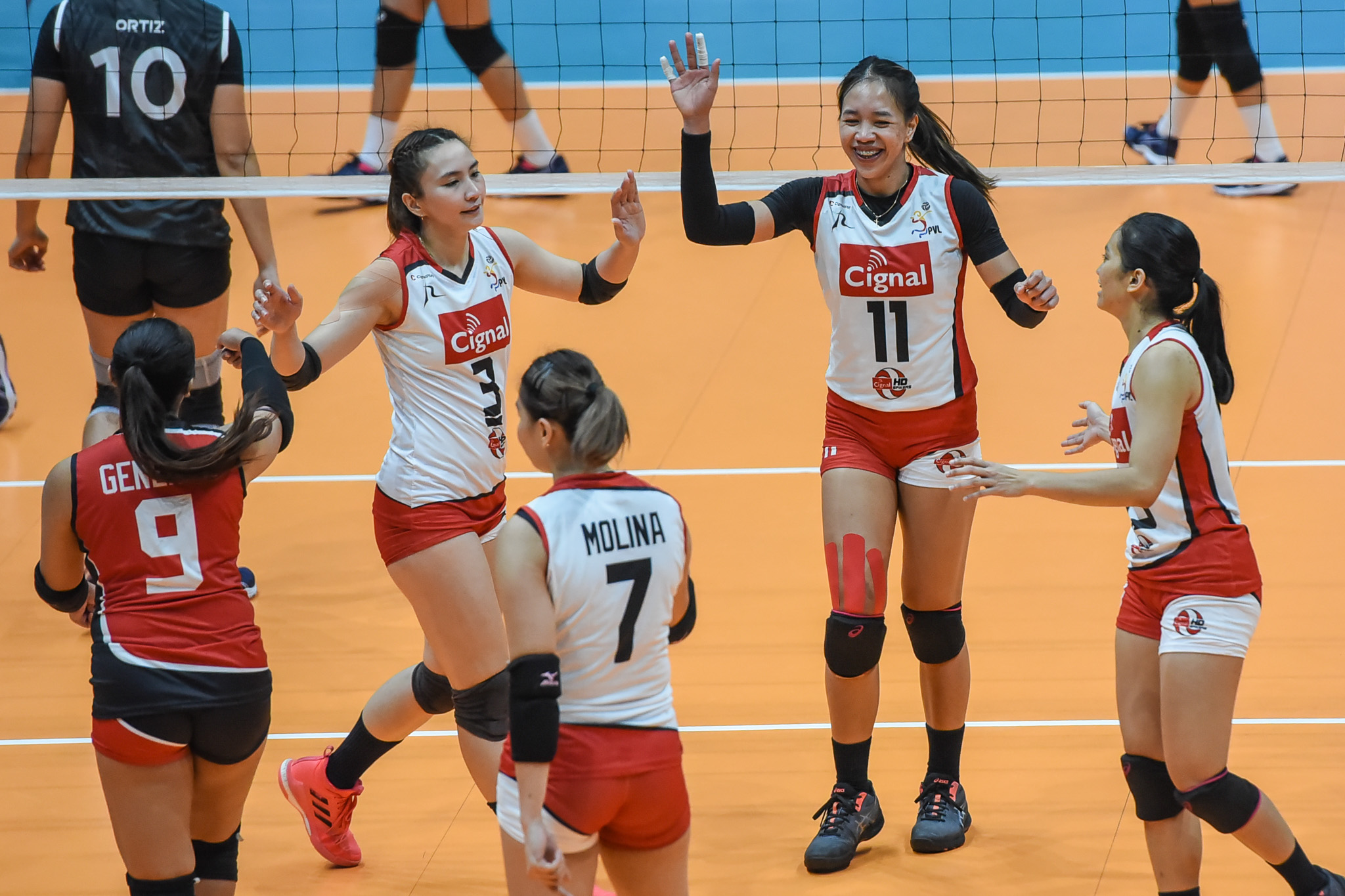 Ces Molina once again starred for the HD Spikers, who inched closer into the next round after improving its slate to 3-0, with 16 points off 13 attacks, two aces, and a block against the Crossovers.

Ayel Estrañero, who filled in for Cayuna, who, according to Delos Santos is currently taking a rest, dished out 12 assists to go along with two points while Angeli Araneta delivered 10 points in the victory.

Cignal raced to a 23-14 advantage in the third set before an attack error from Shaya Adorador put the HD Spikers at match point.

Maika Ortiz and Adorador powered a 4-0 spurt for the Crossovers but Kla Abriam put an end to the match by swiping the ball off Chery Tiggo’s blockers.

Cignal, who took the early lead in the standings, overcame a 16-21 advantage in the opening set before dominating the second frame to get a 2-0 advantage over Chery Tiggo.

On the other hand, the Crossovers were led by Mylene Paat with 10 points and 12 excellent receptions while Adorador added nine markers in the team’s third consecutive loss which dropped them to last place.

#ReadMore  Jessie Lacuna calls it a day after SEAG

EJ Laure, who missed the team’s first two games after being placed in the league’s health and safety protocols, had seven in her return.

Cignal will face fellow undefeated Creamline on Thursday, 5:30 PM at the Sta. Rosa Sports Complex while Chery Tiggo will try to bounce back against Petro Gazz at 2:30 PM at the same venue.