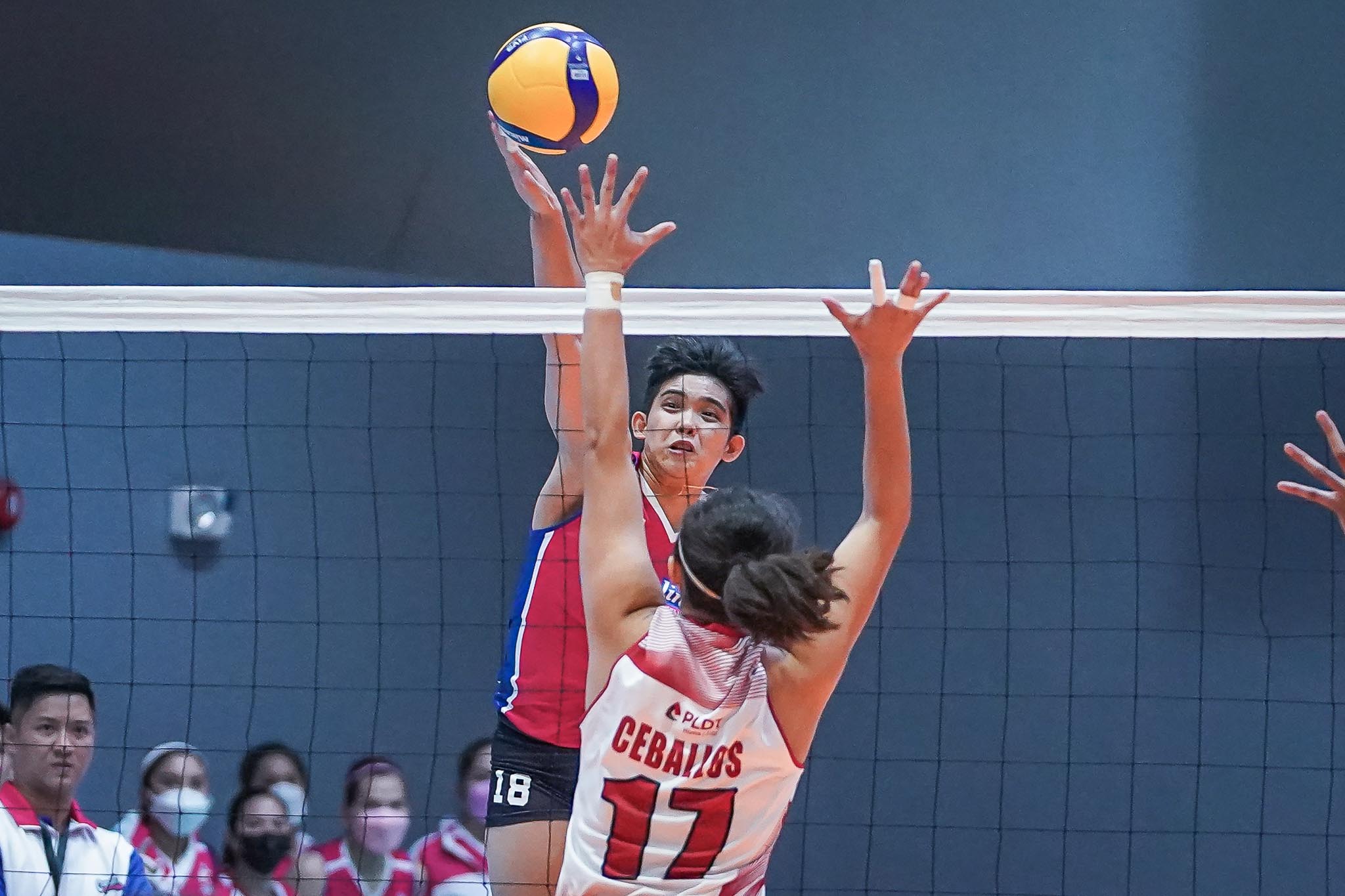 Creamline made quick work of the reloaded PLDT, picking up its first win in the 2022 Premier Volleyball League Open Conference’s Pool B via a 25-16, 25-18, 25-22, sweep Thursday at the Paco Arena and Sports Center.

Tots Carlos dropped 16 points off 13 attacks, two blocks, and an ace. Alyssa Valdez had 13 points and eight excellent digs in the victory.

The Cool Smashers went all out in the third and final frame. They unleashed an 8-2 blast to bury the High Speed Hitters early in the set.

Creamline then continued the surge, racing to a ten-point, 15-5 advantage – its biggest of the game – to try and take the life out of PLDT.

Attack errors from the Cool Smashers, however, along with a couple of blocks from Mika Reyes, sliced the lead to just a solitary point, 21-20.

Carlos converted an off-speed in the next possession followed by an attack error from Jovie Prado. Reyes then sliced the lead to two once more before Carlos put Creamline at match-point.

Prado kept the High Speed Hitters alive with an off-the-block conversion. But an attack from Chin Basas went long — ending the match.

Jema Galanza added 10 markers for the Cool Smashers while Jia De Guzman dished out 22 excellent sets along with three points.

#ReadMore  Fajardo finally gets one over best friend Valdez

On the other hand, no player from PLDT reached double digits with Dell Palomata scoring a team-high nine points.

Creamline will next face BaliPure on Monday at 6:00 PM. Meanwhile, PLDT will look to bounce back against Petro Gazz earlier in the day at 3:00 PM.