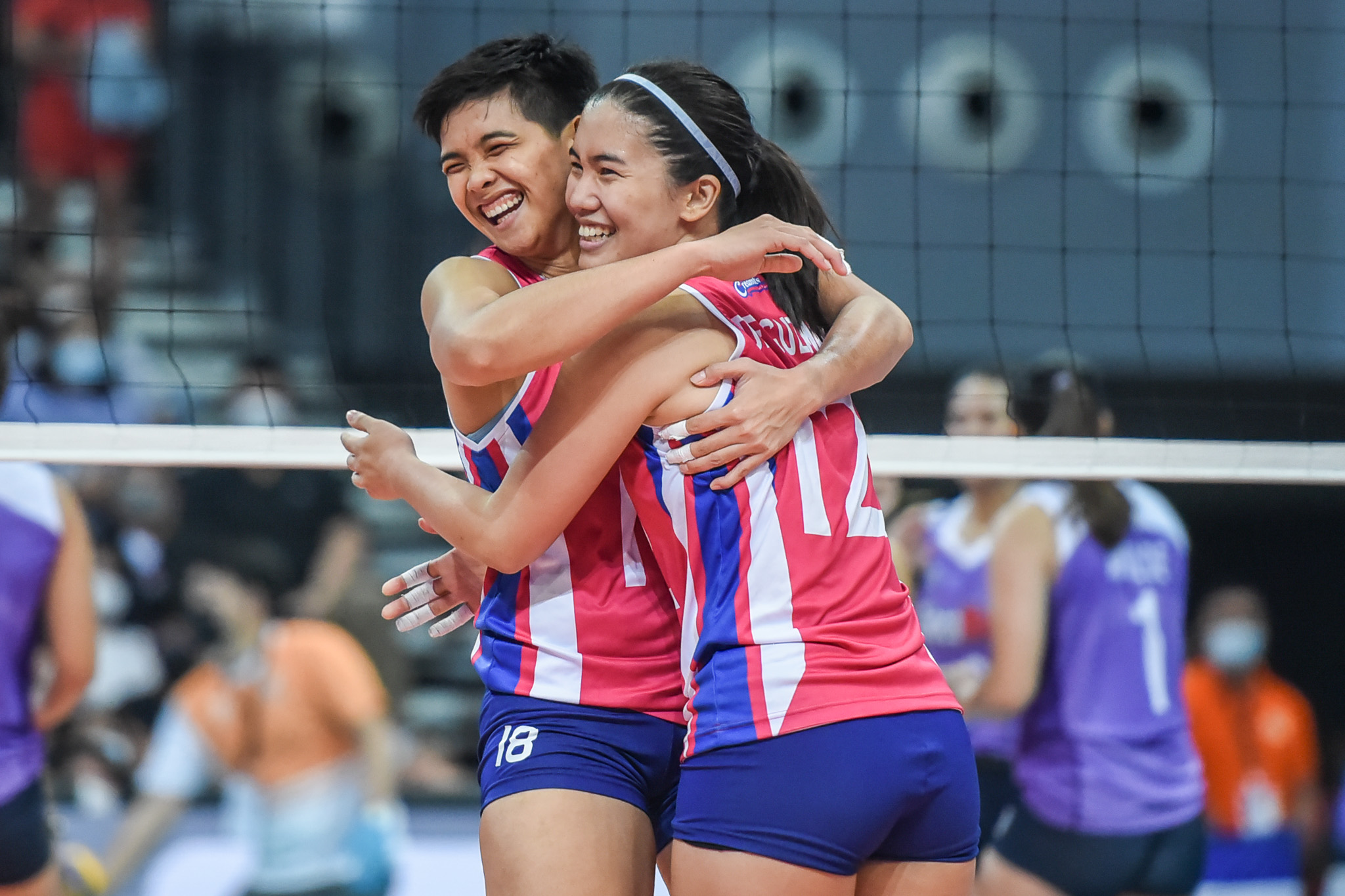 Creamline vented its ire on Choco Mucho for a bounce back 25-22, 25-14, 25-22 victory in the 2022 Premier Volleyball League Invitational Conference at the SM Mall of Asia Arena, Saturday night.

Tots Carlos put up monster numbers against the Flying Titans, scoring 25 points in just three sets on 23 attacks, an ace, and a block to help the Cool Smashers tie PLDT at the second spot with identical 3-1 slates.

Tied at 20-all in the third set, Risa Sato scored a quick while Tors Carlos rejected Isa Molde in a 3-0 swing that put the Cool Smashers ahead by three, 23-20.

Caitlyn Viray and Carlos exchanged hits from there as Creamline, who overcame a 1-7, disadvantage early in the set, extended its winning streak against Choco Mucho to six matches.

Meneses said that the team made sure to move on from the loss, focusing on their respective recoveries ahead of their clash against their sister squad.

In the opener, Carlos broke a 22-all deadlock by scoring three consecutive points to put the Cool Smashers ahead in the match. The team then led by as much as 11 points, 20-9, off a Valdez hit in the second set.

Choco Mucho, who fell to 1-3 and is now in danger of missing the next round, played its second consecutive game without Kat Tolentino, Des Cheng, Cherry Nunag, and Thang Ponce who are all out due to health issues. Also out for the Flying Titans is middle blocker Aduke Ogunsanya, who was recentdly diagnosed with an ACL tear on her right knee.

Creamline will face Chery Tiggo on Thursday at 5:30 PM while Choco Mucho looks to bounce back against PLDT earlier that day at 2:30 PM. Both games will be played at the FilOil Flying Ecooil Centre.