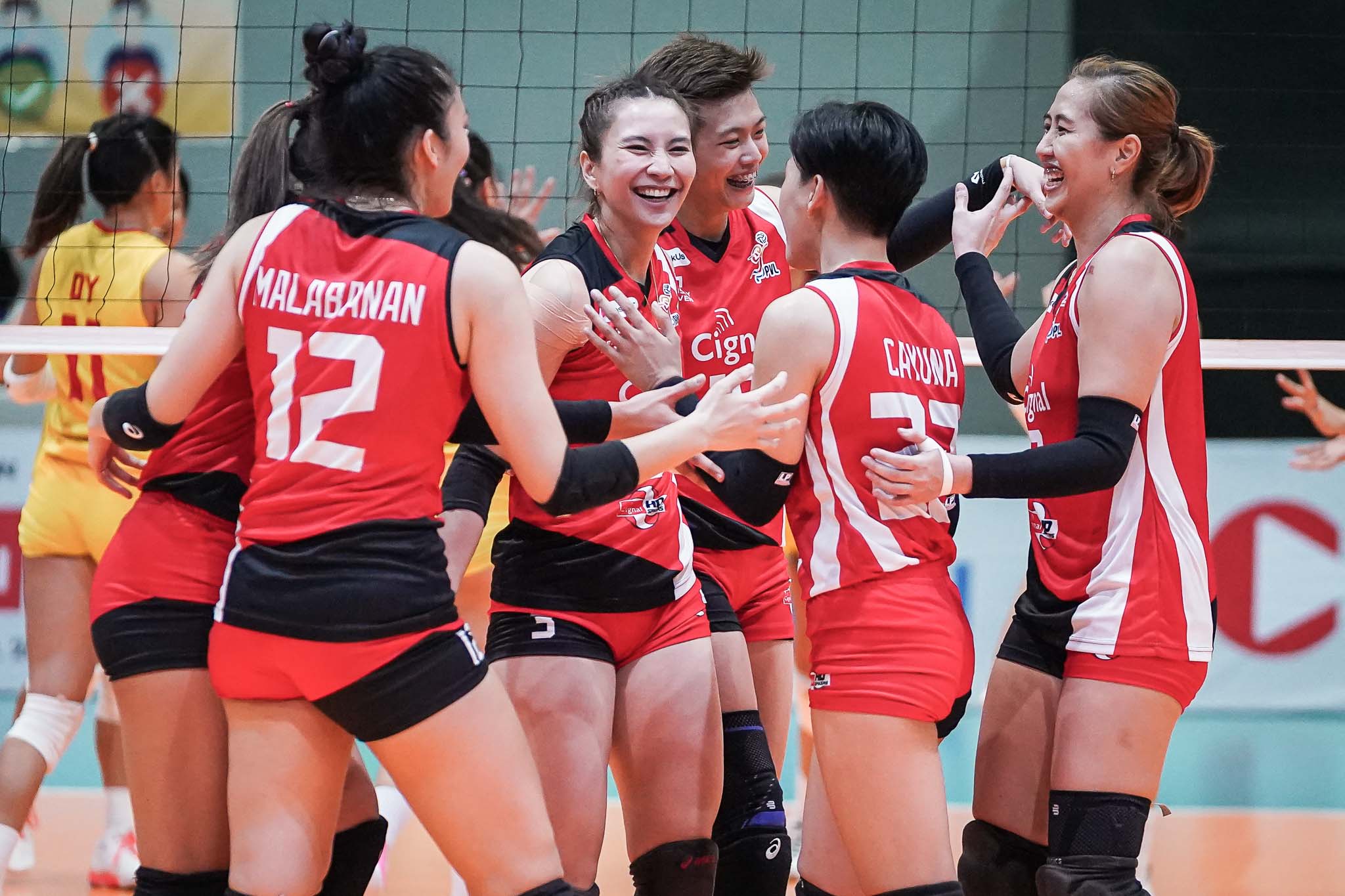 Molina went down with a right ankle injury after landing on Kianna Dy’s foot in the fourth set. However, the HD Spikers still managed to put up a five-point lead, 15-10, off a Roselyn Doria ace to try and pull away from the Cargo Movers.

Rachel Daquis extended the lead to 23-16 after an off-the-block hit. Then a block from Angeli Araneta put the team at match-point.

Araneta committed an attack error that kept F2 Logistics alive. Kim Fajardo then scored another to extend the game. However, a service error from the Cargo Movers ended the match.

Daquis finished with 13 points, 13 excellent digs, and eight excellent receptions while Molina also had 13 – all of which came from attacks. Ria Meneses added 12 markers for Cignal in the win.

#ReadMore  Tots Carlos grateful to Creamline for giving her freedom

Malabanan, who only played in the last two sets, had four.

Delos Santos also commended Jerrili Malabanan, who stepped up for Molina in the fourth set. The latter did not return to the game after the injury.

Kianna Dy added 11 points in the loss while Aby Marano chipped in 10 points. Kim Fajardo dished out 16 excellent sets along with two markers.

Dawn Macandali was consistent as ever with 26 excellent digs and nine excellent receptions.

The Cargo Movers, after a slow start, averted a sweep with Dy kick-starting the team’s comeback in the third set. Then Tin Tiamzon put up the finishing touches as the Cargo Movers – who trailed by as much as six points – ended the frame with a fiery 13-2 rally.

However, F2 Logistics failed to sustain the same firepower as its absorbed its first loss of the conference.

The HD Spikers moved to 2-0 in Pool A while F2 Logistics, who won its first two matches of the conference, now has a 2-1, slate.

Cignal will face Choco Mucho next on Tuesday at 3:00 PM. Meanwhile, F2 Logistics looks to bounce back against the same squad on Thursday at 6:00 PM.