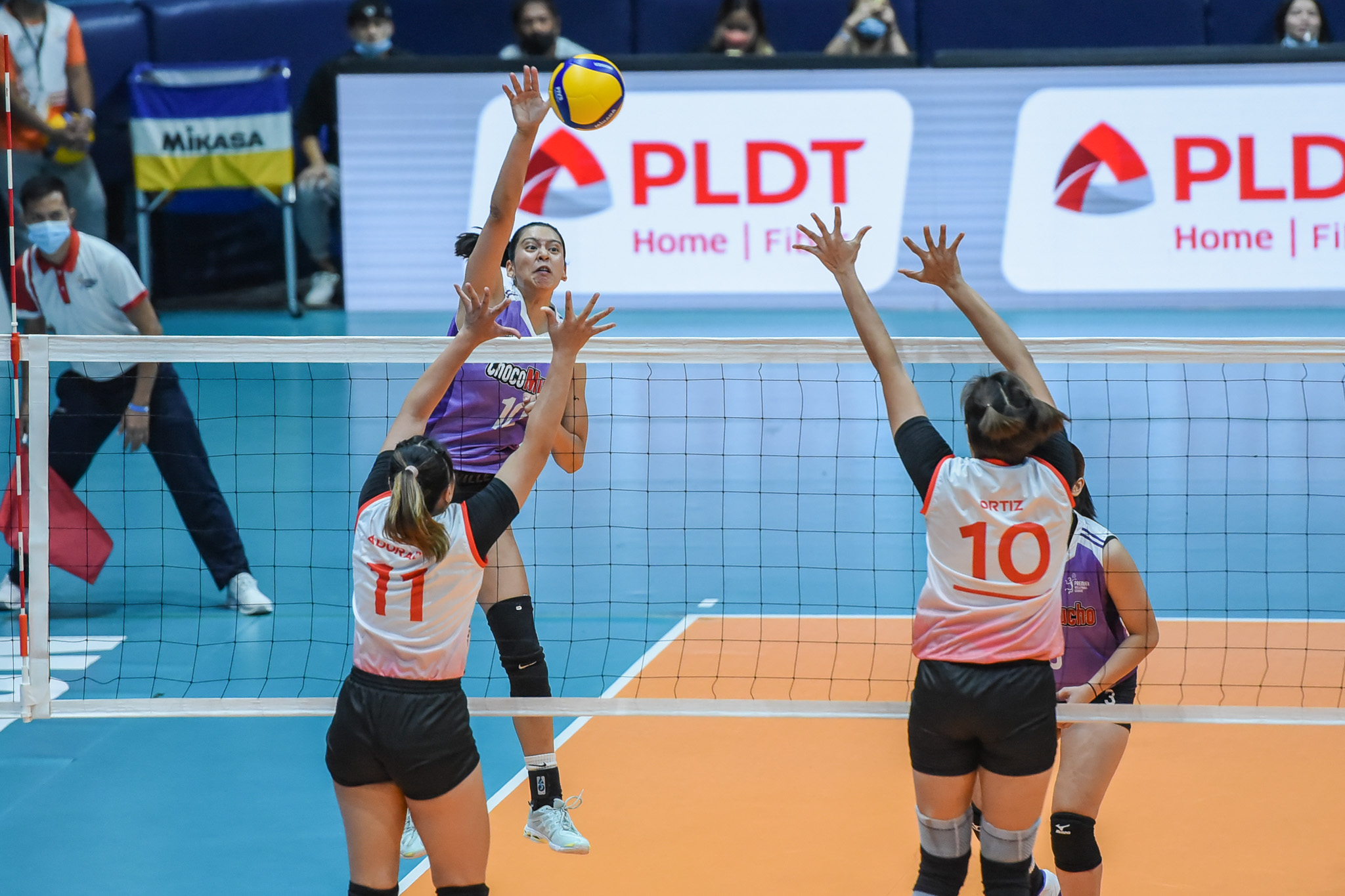 Choco Mucho is off to a hot start after sweeping the undermanned Chery Tiggo, 25-21, 25-21, 25-23 to open its 2022 Premier Volleyball League Invitational Conference campaign with a win, Saturday at the FilOil Flying V Centre.

Kat Tolentino did most of the damage for the Flying Titans, scoring a game-high 21 points on 20 attacks to her side to a quick win over the Crossovers that missed the services of starters EJ Laure, Buding Duremdes, and Dindin Santiago-Manabat.

“We still have to learn more and to work harder,” said Choco Mucho head coach Oliver Almadro. “Nakita niyo naman it’s not really an easy match for us, we know naman na undermanned yung Chery but they put up a good fight.”

A total of three errors coming from Mylene Paat and Maika Ortiz gave the Flying Titans a slim 23-20 advantage in the third frame.

Deanna Wong and Cherry Nunag then rejected May Luna but the Crossovers scored three consecutive points to trim it to one. Kat Tolentino eventually scored to give Choco Mucho the win.

Deanna Wong, who is still nursing a right shin injury, dished out 16 excellent sets for the Flying Titans to go along with five points off three attacks, a block, and an ace.

After a steady start in the opener, the Flying Titans bucked a comeback attempt from the Crossovers to take a 2-0 lead.

Chery Tiggo head coach Clarence Esteban, whose PVL debut was spoiled by Choco Mucho, only played nine players in the contest led by Mylene Paat with 10 points and five digs.

Choco Mucho will go up against Cignal on Thursday at 2:30 PM while Chery Tiggo will return on Tuesday against PLDT at 2:30 PM.

“We acknowledge that we still have a long way to go for perfection but we really have to work hard,” added Almadro.