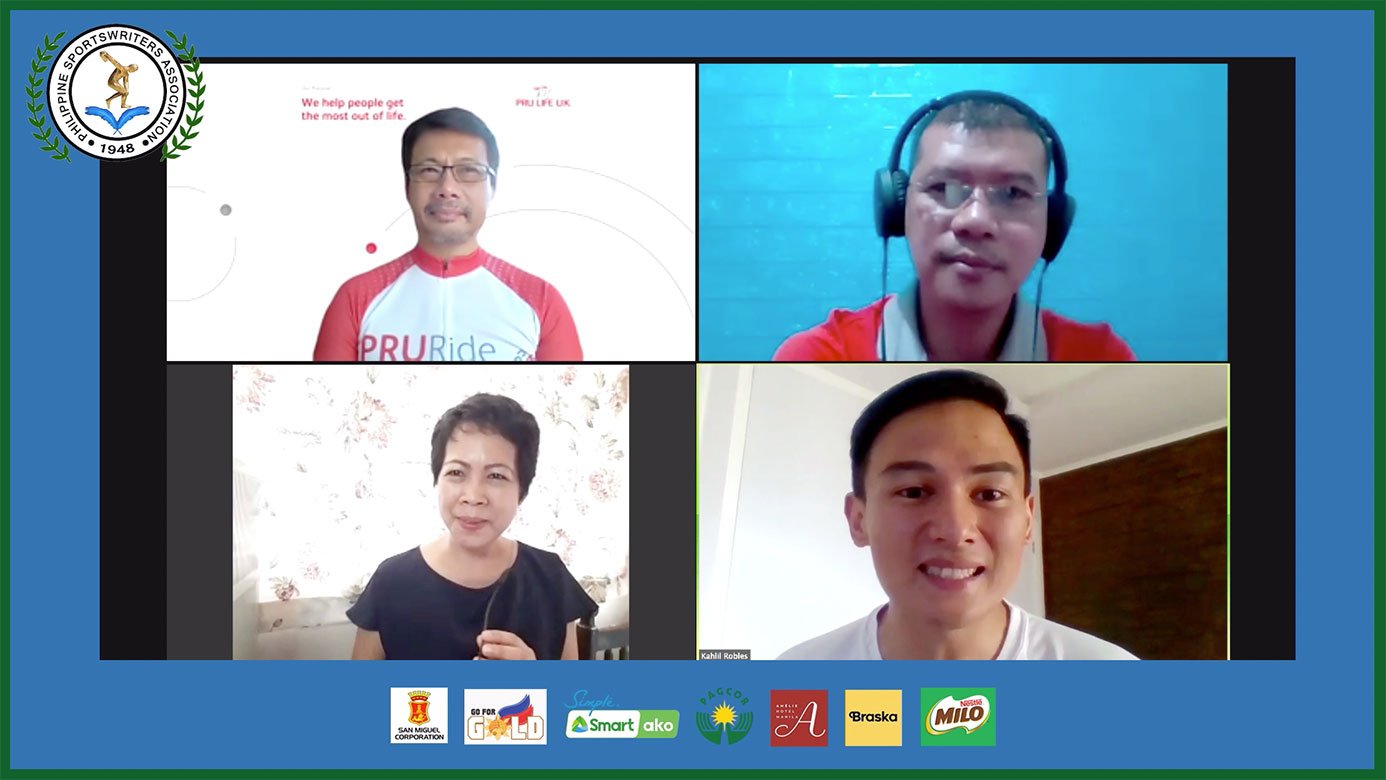 After calling off its main cycling festival early this year following the global outbreak of the COVID-19 pandemic, Pru Life UK instead decided to hold a virtual ride this coming November.

Cycling enthusiasts can join the PRURide Virtual Challenge through its health management app called Pulse and register to become part of the Cycling-PRURider Community.

“From the physical, ginawa na namin sa virtual. I definitely realized that you can also do so much when you go virtual in trying to mimic the physical,” said Allan Tumbaga, PRU Life UK vice president and chief customer marketing officer.

The PRU Life executive said in Tuesday’s Philippine Sportswriters Association (PSA) online Forum that the recent staging of the My Prudential RideLondon is the model PRURide will be trying to adopt when it hosts its own cycling event.

The RideLondon event was the virtual edition of the world’s biggest cycling festival held last August 15-23, after the original one-day bike event was likewise cancelled due to the worldwide health crisis. It attracted around 11,000 participants composed of professional and recreational cyclists from around 70 countries worldwide.

“’Yun ang inspiration namin para dito. It (RideLondon) had to be cancelled, but what they did was they went virtual as well. So ‘yun ang naging substitute, ‘yung physical ride ginawa nilang virtual,” added Tumbaga, who was joined in the session by Kahlil Robles, PRU Life UK assistant vice president, brand and advertising-marketing.

Still, one of the country’s top cycling organizers remains hopeful it will be able to hold the regular PRURide PH event physically by next year.

Before it was cancelled last March, the event offered UCI 2.2 Stage Races, a three-day challenge accredited by the world governing body Union Cycliste Internationale (UCI), where participants could earn points and clinch berths in bigger international competitions such as the Olympics.

“We’re still considering if itutuloy pa natin with UCI. As much as we would like them to have aboard, the number one from our end is the safety and health of our cyclists and of course, the Filipinos around us,” said Robles in the session presented by San Miguel Corp., Go For Gold, MILO, Amelie Hotel Manila, Braska Restaurant, PAGCOR, and powered by Smart, with Upstream Media as official webcast partner.

“The pandemic is still global. Right now for us in the Philippines, to flatten the curve is still a challenge, what more in other countries,” he added.

“I think we’ll be taking it more on a slower basis, to see kung kaya ba natin talagang kunin ang UCI by that time, or if we will even be prepared to do so considering the health and safety of our participants.”