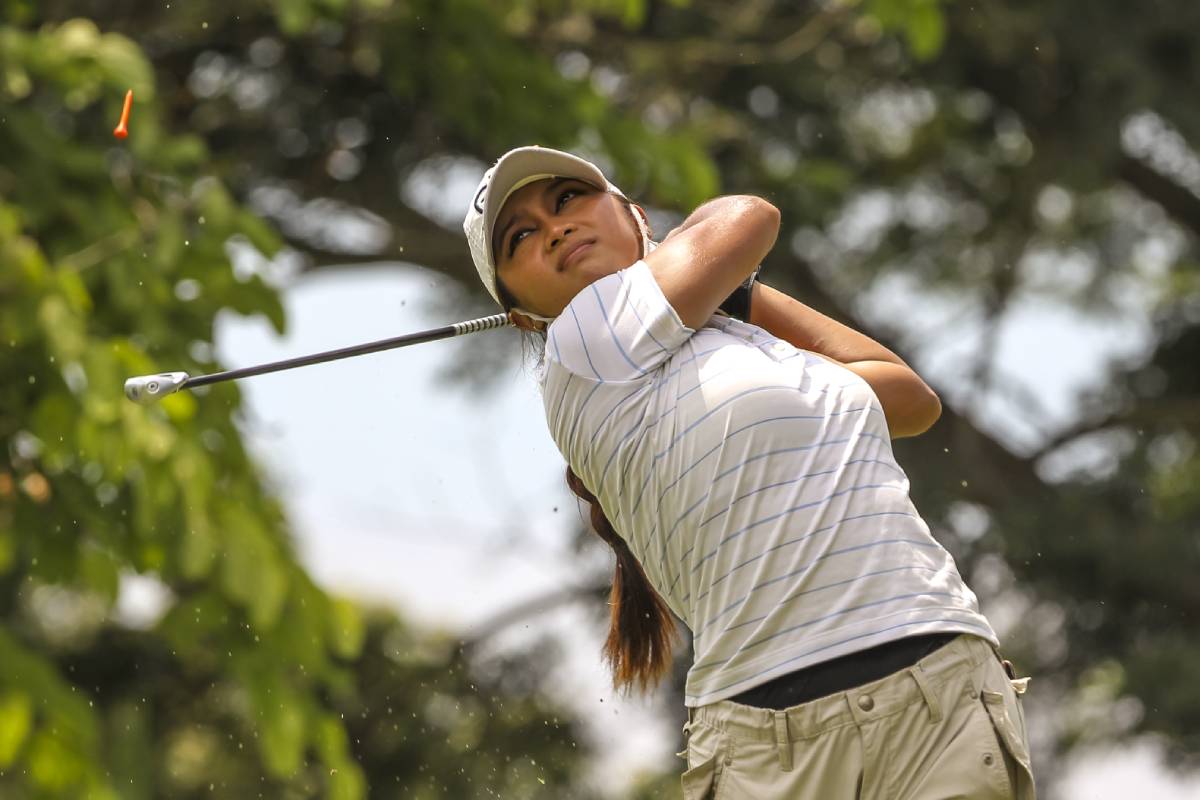 Princess Superal sizzled coming off a one-hour delay due to lightning and thunderstorms, hitting three birdies in the last seven holes to fire a two-under 70 and grab a two-stroke lead over Chihiro Ikeda as erstwhile leader Daniella Uy floundered in the second round of the ICTSI Eagle Ridge Ladies Classic in General Trias, Cavite, Thursday.

Superal came out smoking in tough conditions after the break, overcoming a one-over card with birdies on Nos. 13, 15, and 17 to wrest control as Ikeda wavered at the finish in the flight ahead. The multi-titled campaigner then came through with a superb pitch shot after overshooting the No. 1 green, banging in a par from three feet to preserve a 37-33 round.

Counting her earlier 72, Superal thus stormed ahead in a topsy-turvy day with a 142 as she moved 18 holes away from scoring a back-to-back title feat after holding off Chanelle Avaricio at Sherwood last week.

Ikeda actually surged ahead after birdying two of the first eight holes and held sway despite a bogey on the par-5 11th as she rolled in a six-footer for birdie on 13th. But she cracked coming home on errant shots and fatigue, bogeying No. 17 and then dropping a stroke on the finishing No. 1 for the second straight day.

She also overshot the green like Superal and pitched to within six feet. Unlike the latter, however, the Fil-Japanese, who alongside Avaricio and amateur Arnie Taguines, flubbed the putt and ended up with a second 72 for a 144.

Avaricio birdied the 17th then parred the first hole to save a 73 for third. But with a 147, she fell five strokes off Superal, who lined herself up for a third Ladies PGT crown in pandemic-hit 2020-21 seasons after winning at Riviera late last year.

#ReadMore  Justin Brownlee on 44-point outing: 'Every time I shot, I felt it was going in'

Daniella Uy, who showed up the field with a 71 Thursday, failed to get going in challenging conditions, bogeying three of the first eight holes against a bogey to drop off the leaderboard. She never recovered and ended up with a 77 marred by three straight bogeys from No. 15. She slipped to fourth at 148.

Harmie Constantino, who marked her pro debut with a victory at the adjacent Aoki course last March, bounced back with birdies from a pair of two-bogey miscues to draw level par but ran out of holes for another rebound after bogeying Nos. 16 and 18. She finished with a 74 for joint fifth with Taguines at 149, seven strokes off Ikeda.

Taguines, meanwhile, zeroed in on the low amateur honors despite a 76 as Sherwood winner Burberry Zhang skied to an 82 for a 158.

Sunshine Baraquiel, who put herself in early contention with an opening 72,

likewise lost her momentum and made two bogeys to submit a birdie-less 80, ruined by a quadruple 8 on No. 16. She fell to seventh at 152.