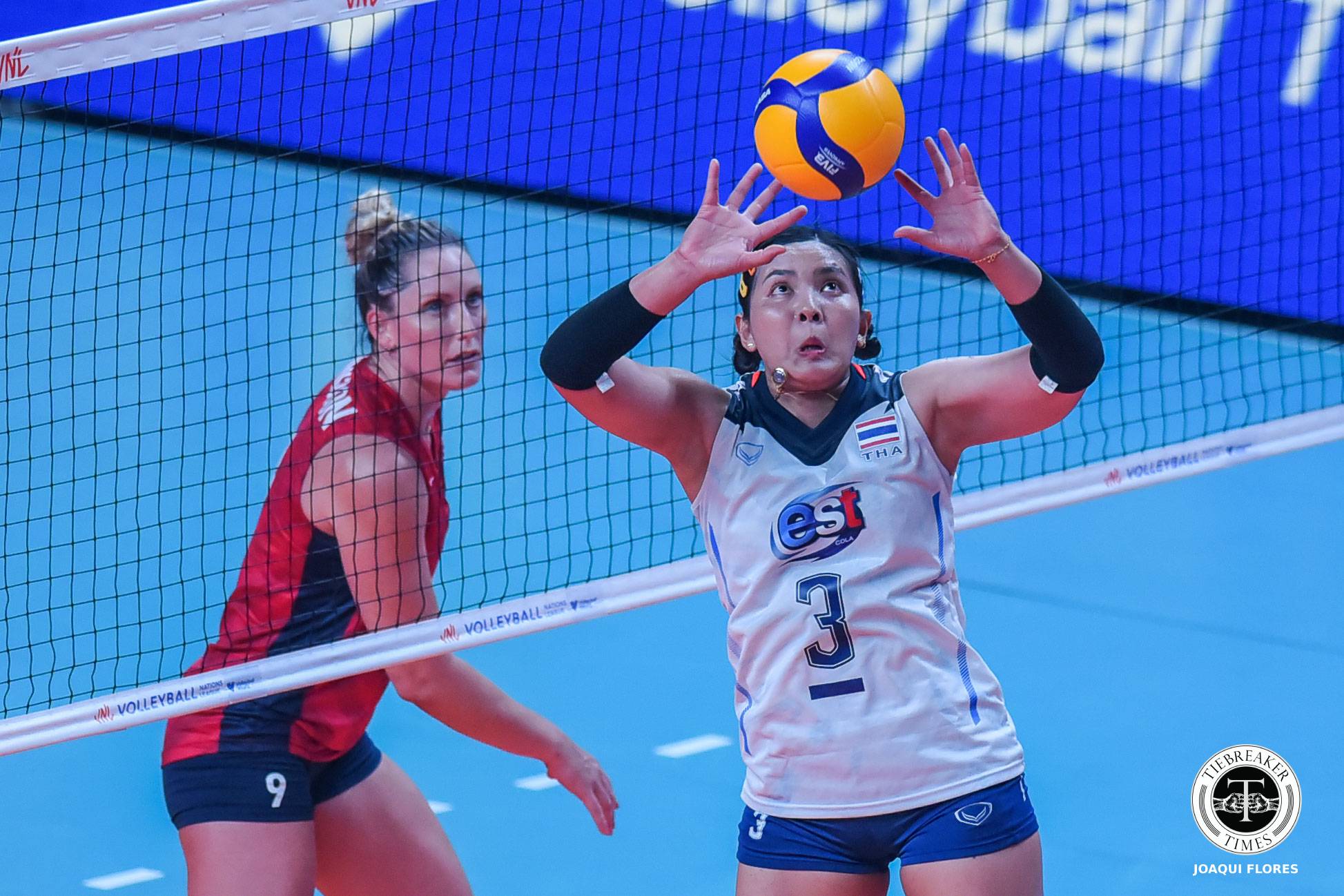 It was a solid start for the world no. 15 Thailand women’s national volleyball team to their 2022 FIVB Volleyball Nations League campaign here in the Philippines after they took down Canada in three sets, 25-19, 25-22, 26-24 on June 14.

However, the day after the win, eight players from the squad were revealed to have tested positive for COVID-19 and needed to be replaced immediately.

Fortunately for Thailand, the FIVB and the rest of the seven other teams in Manila agreed to the special replacement procedure.

Captain and setter Pornpun Guedpard admitted that what happened was a cause of concern at first, but it is a matter of getting adjustments in and out of the court done. 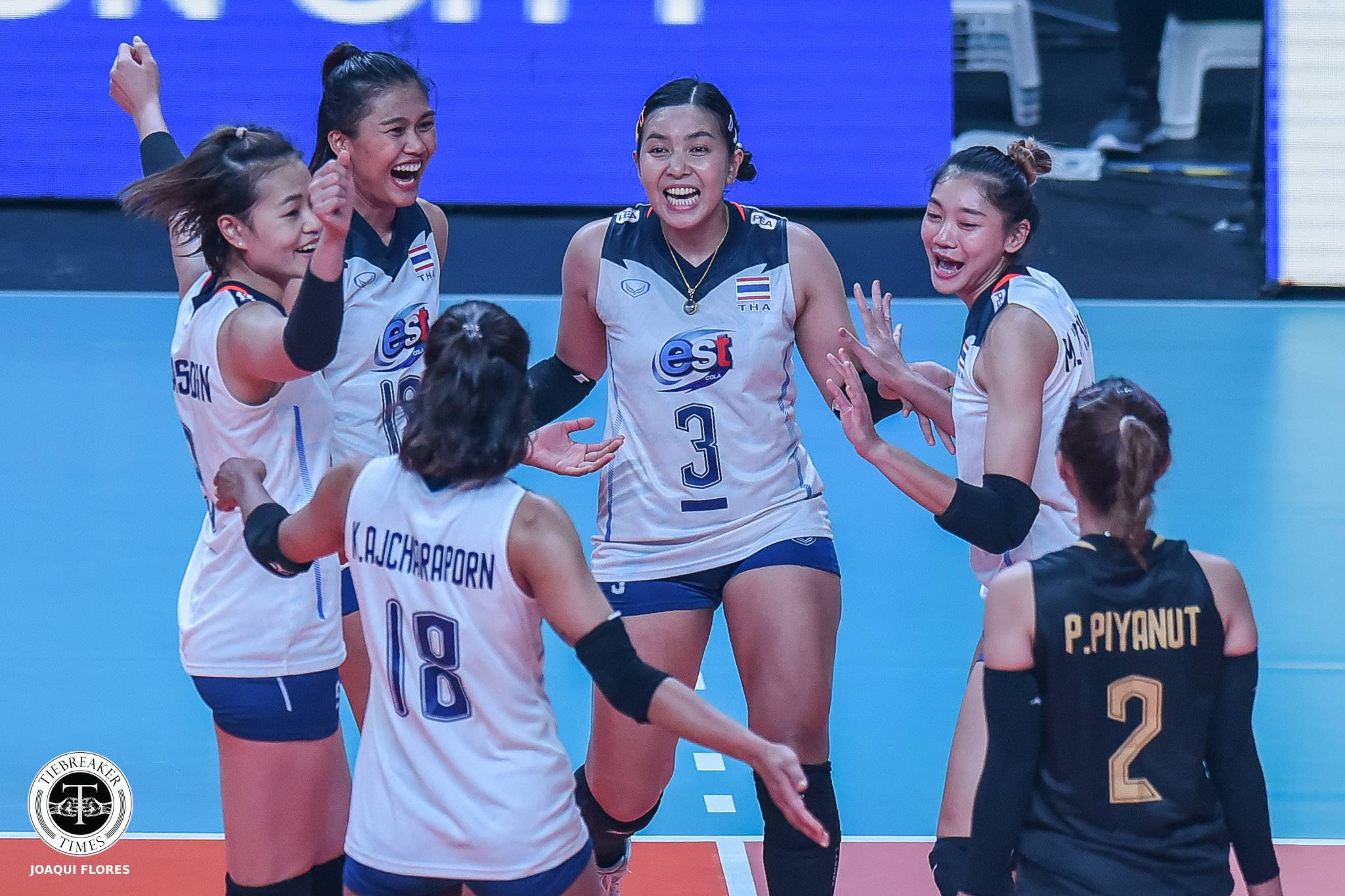 She said, “Oh yeah, how do I feel about the situation? Honestly, it is not difficult for us. Because in Thailand, we had 25 players in the pool. We practice together, and then we know how to play the game.

“We have time to practice together, but in a situation like this, and now we have players getting COVID, it’s too much right? And then we have to talk to FIVB about changing the players because you have to list the players week by week. And then now people getting COVID is too much because we have the competition the following morning.”

With familiar faces as substitutes though, the Jakarta Mandiri standout believes that, “It’s good, it’s better because we practice together, and I think it’s not really difficult for us.”

Nonetheless, Thailand suffered a three-game losing streak after that Canada win. They lost a five-setter against Poland — despite getting ahead with two sets, got clobbered by a rampaging Japanese side, and then took a close defeat against the world top-guns USA.

Fortunately, the Thais still have a chance of making the final round as they are still inside the top eight on the leaderboard. And for Guedpard, the team just needs to continue working together.

“Yeah, I think, I have to do everything,” the 29-year-old veteran admitted. “In order to win, we need to keep fighting.

“We know, we know somehow we know how to beat the USA. We know about winning with this personnel. We’re fighting a lot, we’re fighting like definitely to the finish. Even if we lose, it’s okay. Even if we’re not winning, we just keep working. We just have to fight together.”