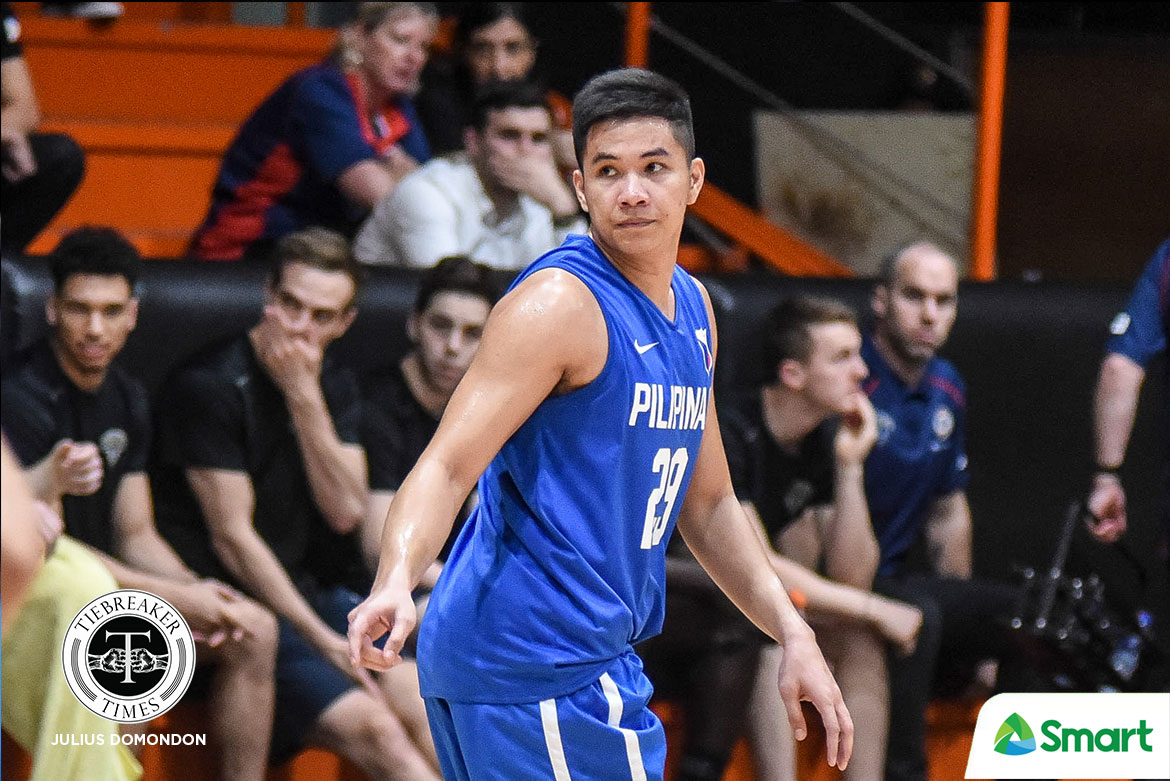 Roger Pogoy was on the sidelines during TNT’s PBA Governors’ Cup meeting with Magnolia.

The two-way specialist was reduced to a spectator on the sidelines of Friday’s game. He’s nursing a strained calf, the league said via social media.

This is indeed a concern for the Tropang Giga, which will reinforce Gilas Pilipinas in the FIBA World Cup 2023 Asian Qualifiers’ second window.

Pogoy could possibly be part of the ‘hybrid’ national team bound for the meet slated on February 24-28 at the SMART Araneta Coliseum.

TNT has begun its busy schedule in the season-ending tilt, with its next game set on Sunday against Dominique Sutton and Phoenix at 4 p.m.

However, it remains unknown as to when Pogoy will return to action.

In fact, the veteran internationalist wasn’t even in uniform for the Magnolia game. He’s clad in street clothes while watching from the bench.