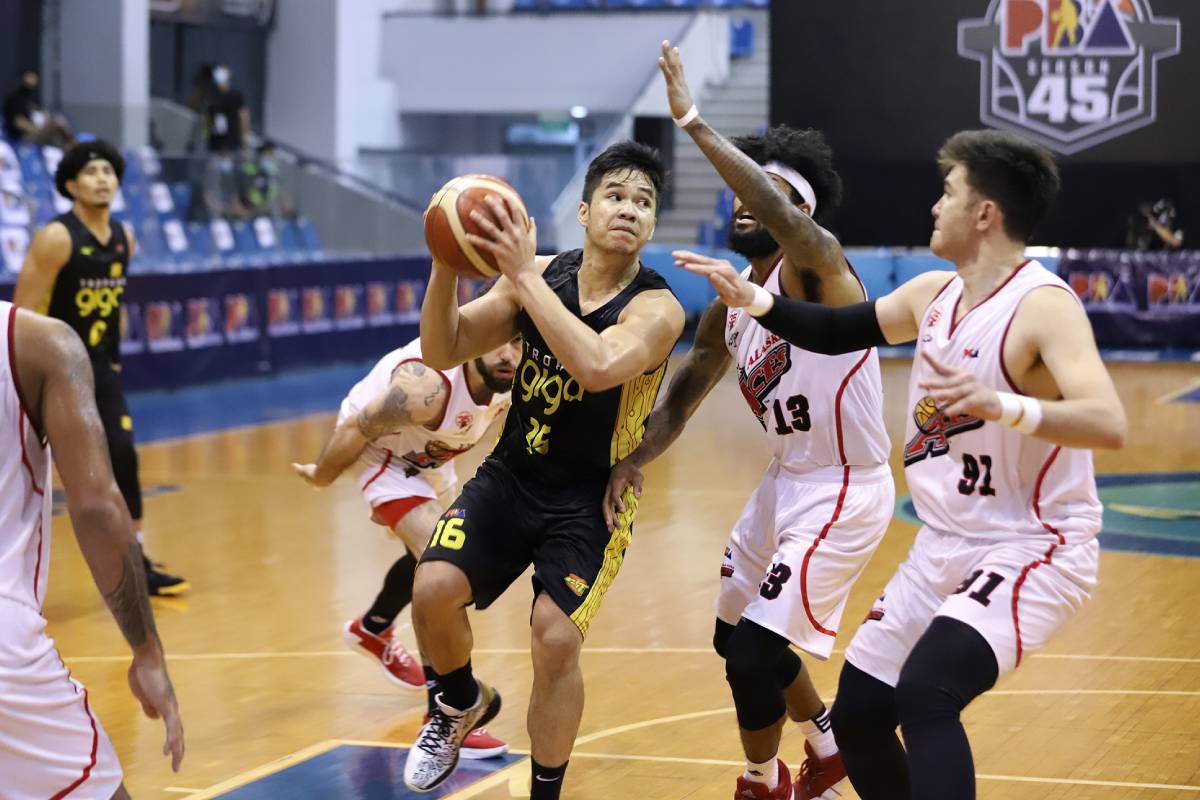 SMART CLARK GIGA CITY — Roger Pogoy didn’t hide how hungry he and the entire TNT crew are to win a PBA championship, given how long it has been since the MVP Group’s crown jewel last experienced glory.

TNT last won a title in the 2015 Commissioner’s Cup. It has vied for the gold twice since Pogoy’s arrival in 2016, but failed on both occasions — no thanks to reigning six-time MVP June Mar Fajardo and San Miguel.

The Tropang GIGA are among the favorites to win it all in the 2020 PBA Philippine Cup, which now features a very different race for the crown after Meralco ousted the five-time champions Beermen in the quarterfinals.

Still, despite their determination to seize the title, Pogoy doesn’t want to look too far ahead. They still need to make it through the semifinals, where they take on Phoenix Super LPG in a best-of-five tiff.

Sure, the Tropa handily beat the Fuel Masters back in their elimination round meeting, 110-91. Pogoy knows, though, that they won’t face the same squad in the series that starts Wednesday.

The Fuel Masters are heading into the clash with a five-game winning streak. That includes an 89-88 victory over Magnolia — the runners-up of the last two Philippine Cup meets — in the quarters last Saturday.

And a huge reason for their surge is Matthew Wright, who has emerged as the statistical points leader at the end of the elims with 39.5 SPs. Versus the Hotshots, he had 32 points, nine assists, and five rebounds. He even lifted his side to their second straight all-Filipino semis with a wild runner from rainbow country in the dying seconds.

For Pogoy, the Fil-Canadian sniper will be one to watch out for the Tropang GIGA.

But it’s not just Wright whom TNT has to be concerned about. Pogoy also warned about another former Gilas teammate — Calvin Abueva — for the energy he provides the Fuel Masters.

The Tropang GIGA played against a Fuel Masters crew sans Abueva, who was reinstated five days after that bout. Since returning, he has helped Phoenix to a 5-1 record, including a morale-boosting 110-103 win over the Beermen.