The Philippine Olympic Committee (POC) on Tuesday expressed deep regret over Ernest John “EJ” Obiena’s predicament in his own federation and vowed to conduct an investigation on the flaming issue that has put the Olympian pole vaulter in an ugly situation.

“We are in deepest regret to realize that one of our Olympians, multi-medalist and great inspiration Ernest John Obiena of athletics, to be involved in this squabble with his home federation,” POC President Rep. Abraham “Bambol” Tolentino said.

Tolentino said Obiena’s declaration to retire at this stage of his globally budding career would be a great loss for Philippine Sports.

“I am very disappointed. They could have handled the situation internally absent of any misfires from both parties,” Tolentino said. “A bountiful career is now in peril.”

Obiena, together with his legendary Ukranian coach Vitaly Petrov, sought a retraction and public apology from the Philippine Athletics Track and Field Association (Patafa) after the federation stated that Obiena falsified liquidation documents on his coach’s salaries and that he be made to answer the accusation.

Obiena, 25, competed in the Tokyo Olympics and holds the Asian record in the sport. He is now ranked No. 5 in the world.

“Needless to say, we, Filipinos, will be deprived of two gold medals in the Vietnam Southeast Asian Games in 2022 and in Cambodia 2023, not to mention another one in the Asian Games also next year and most importantly, a representation in the Paris Olympics come 2024, due to the fiasco in the leadership of his organization,” Tolentino stressed.

“We could have easily propagated this achievement to the youth by proper guidance and genuine attitude,” he said.

The Obiena-Patafa mess didn’t escape the Senate’s attention and late Monday evening, senators recalled the 2023 budget of the Philippine Sports Commission (PSC) after expressing dismay over the agency’s apparent hands-off stance from the controversial rift.

“Since the PSC is the source of funds, it could have easily—under its mandate—intervened and corrected the same from the very beginning,” Tolentino said.

Tolentino added: “But we in the POC will be steadfast and for the sake of Olympism and impartiality, will go into the details and investigate the matter.”

The POC’s Ethics Committee will investigate the controversy.

The POC statement was read in the Senate on Tuesday by Senator Francis “Tol” Tolentino.

Obiena responds to new PATAFA allegations: ‘Clearly, I am not wanted’

Despite the rebuttals by EJ Obiena and his coach Vitaly Petrov, Philippine Athletics Track and Field Association (PATAFA) will still pursue its investigation of... 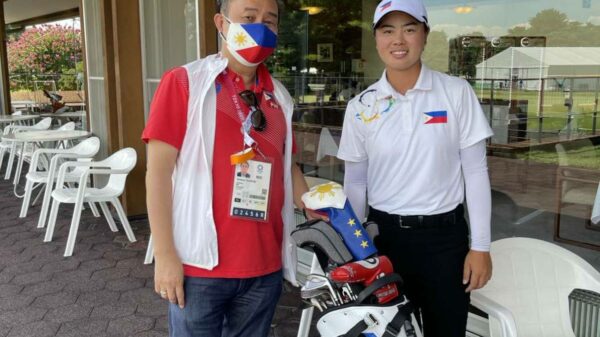 Organizers of the 31st Southeast Asian Games, as hosted by Vietnam in Hanoi, confirmed that the games will take place in May 2022, Philippine...