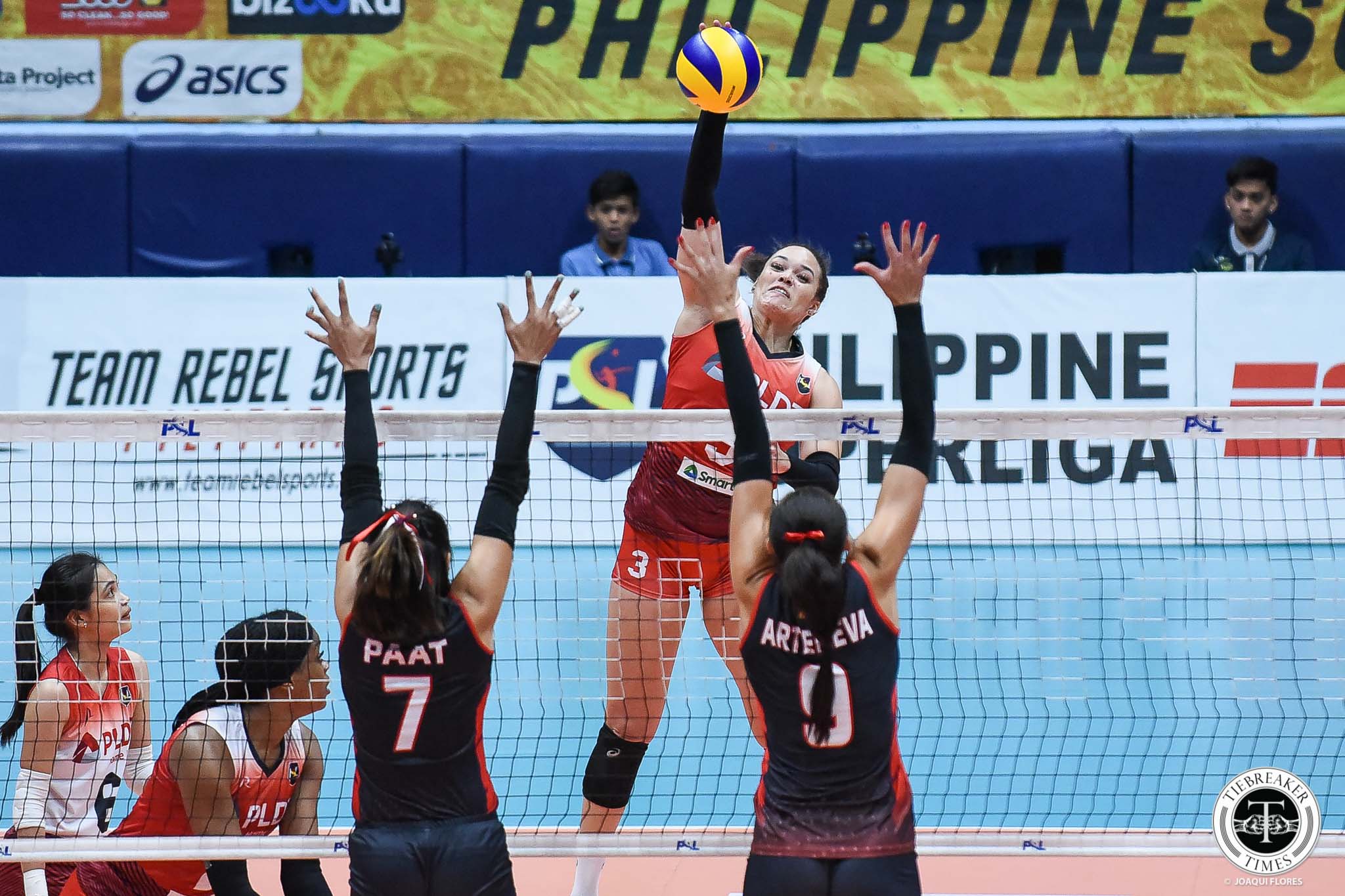 Handily taking the first two sets, PLDT then fell off in the next two and were dragged into a fifth set. According to head coach Roger Gorayeb, this was a symptom of PLDT’s struggles through the tournament.

The fifth set saw PLDT go ahead, 14-12, before their own back-to-back errors kept Cignal in the match. PLDT’s Grace Lazard decided the match, powering in a spike before blocking Cignal HD’s Ana Artemeva for the match’s final sequence.

Kendra Dahlke led PLDT with 27 points, while Lazard finished with 22.

Cignal HD improved on their sixth-place standing in the 2018 Grand Prix. Erica Wilson exploded for 33 points, while Ana Artemeva added 17.

READ  Petron holds off Soltones, PLDT to sweep elimination round

Christian Standhardinger excited as he shoots for first PBA crown

Leo Austria on San Miguel’s Drive for Five: ‘It will become our legacy’