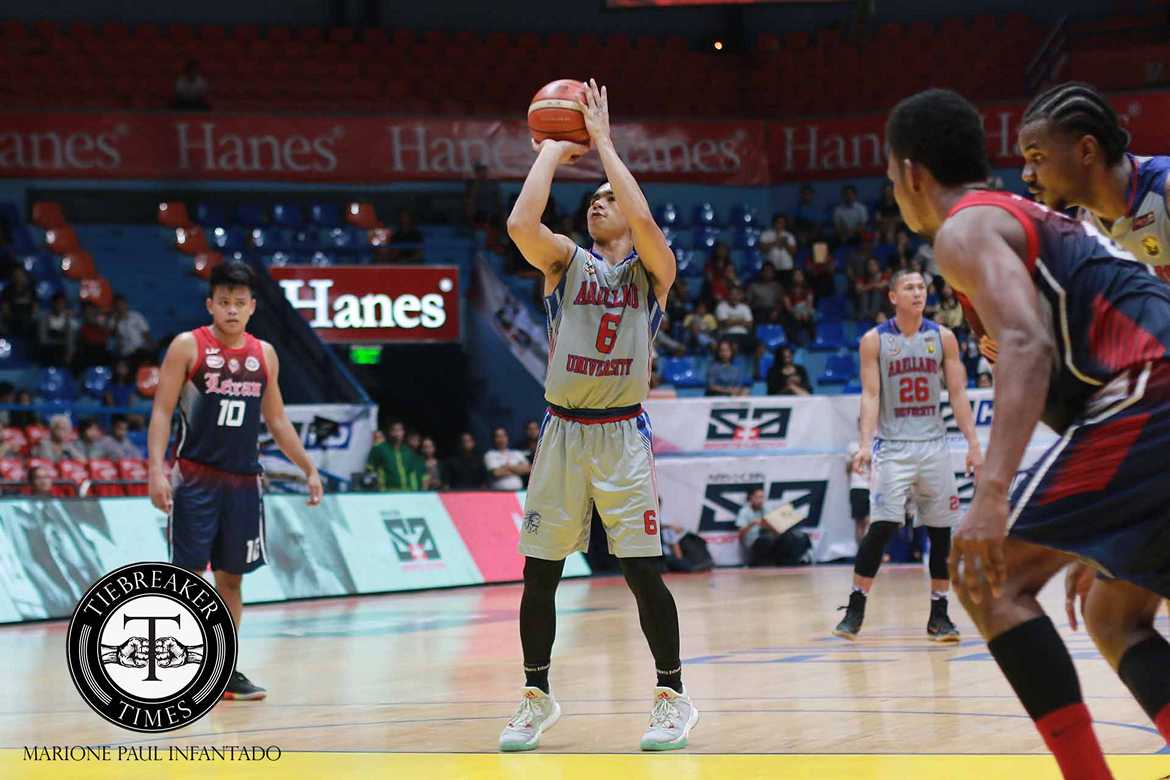 The Arellano University Chiefs realized its immediate goal in the 92nd NCAA seniors basketball tournament and the Chiefs have star guard Jiovani Jalalon to thank for.

With his family watching him up close and personal, the 5’10” floor general came through with a pair of MVP-worthy performances last week, towing the Chiefs to the Final Four round with three games to spare in the double-round of elimination stage.

It was also enough for the Cagayan de Oro-native to clinch his third ACCEL Quantum/3XVI-NCAA Press Corps Player of the Week citation.


Proving he’s more than just a playmaker, Jalalon took charge in the stretch as he fired 15 of his season-high 33 markers in the fourth canto, helping Arellano stave off a gritty Lyceum of the Philippines University Pirates squad 78-75 last Tuesday.

Far from done, Jalalon came up with another all-around brilliance in the Chiefs’ 83-74 victory over defending champions Colegio de San Juan de Letran three days after, piling up 22 points, 14 rebounds, and eight assists.

Behind the Gilas Cadets’ notable exploits, the Chiefs stayed on top with a 12-3 mark and joined season hosts, the San Beda College Red Lions, as early entrants to the Final Four stage, giving them some sorts of redemption after missing the trip last year.

Giving Jalalon added motivation was the presence of his family, led by father Vicente and mother Jocelyn who flew from Cagayan de Oro City over the weekend to watch him play live for the first time this year.

Already assured of a semis berth, Jalalon vowed there will be no let-up among the Chiefs.

Player of the Week Mbala still far from being satisfied

Servania victorious via UD in Japan to stay undefeated