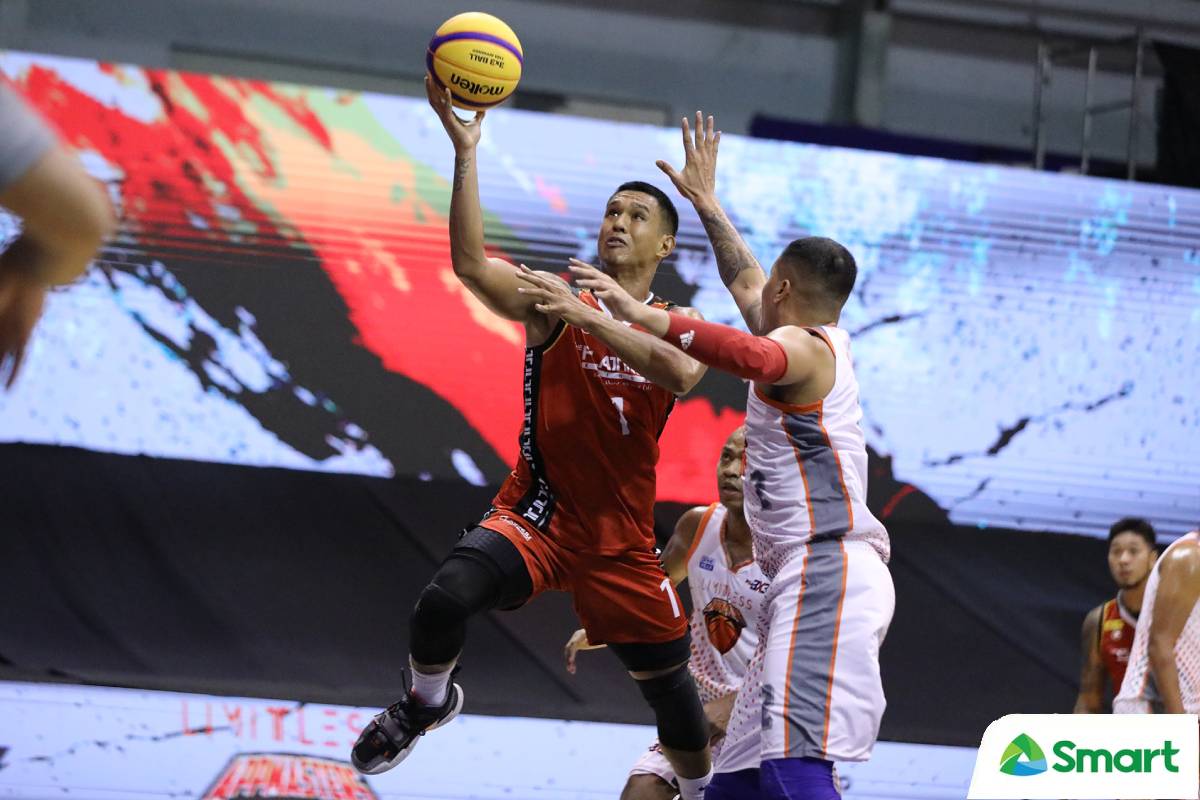 Platinum Karaoke reached its first-ever PBA 3×3 Final after overcoming Limitless in the Leg 2 semis, 21-16, Thursday at the Ynares Sports Arena.

Chris De Chavez nailed the finishing lay-up with 19.7 seconds left to preserve the efforts of teammates Karl Dehesa and JR Alabanza. Both carried the load when the Appmasters threatened to pull the rug underneath.

The troika of 3×3 vets each finished with six points in the victory that set up Platinum in a showdown with Meralco in the PHP100,000 game.

Qualifying in the title match serves as a perfect atonement for their Leg 1 campaign. That saw them finish at fourth after being touted as one of the league’s favorites owing to its players’ pedigree in the halfcourt.

Such a rich experience, though, came into play against a gutsy Limitless side. As Reymar Caduyac put his side ahead, 14-13, no one from Platinum panicked. Instead, Dehesa calmly sank a jumper to send the game into a deadlock.

Yutien Andrada then made both of his free throws. Dehesa afterwards drilled a long two-pointer to push their lead to 18-14 with 1:05 to go.

The Appmasters still tried to come back behind Caduyac and big man Brandon Ganuelas-Rosser. But Dehesa and Alabanza connected on a pick-and-roll set to put Platinum into match point with 33 seconds left.

De Chavez then found the opportunity to finish it off, and that’s precisely what he did. He evaded the defense and drained the lay-up.

The Appmasters will try to end their stint on a triumphant note when it battles Leg 1 champions TNT in the third-place game.