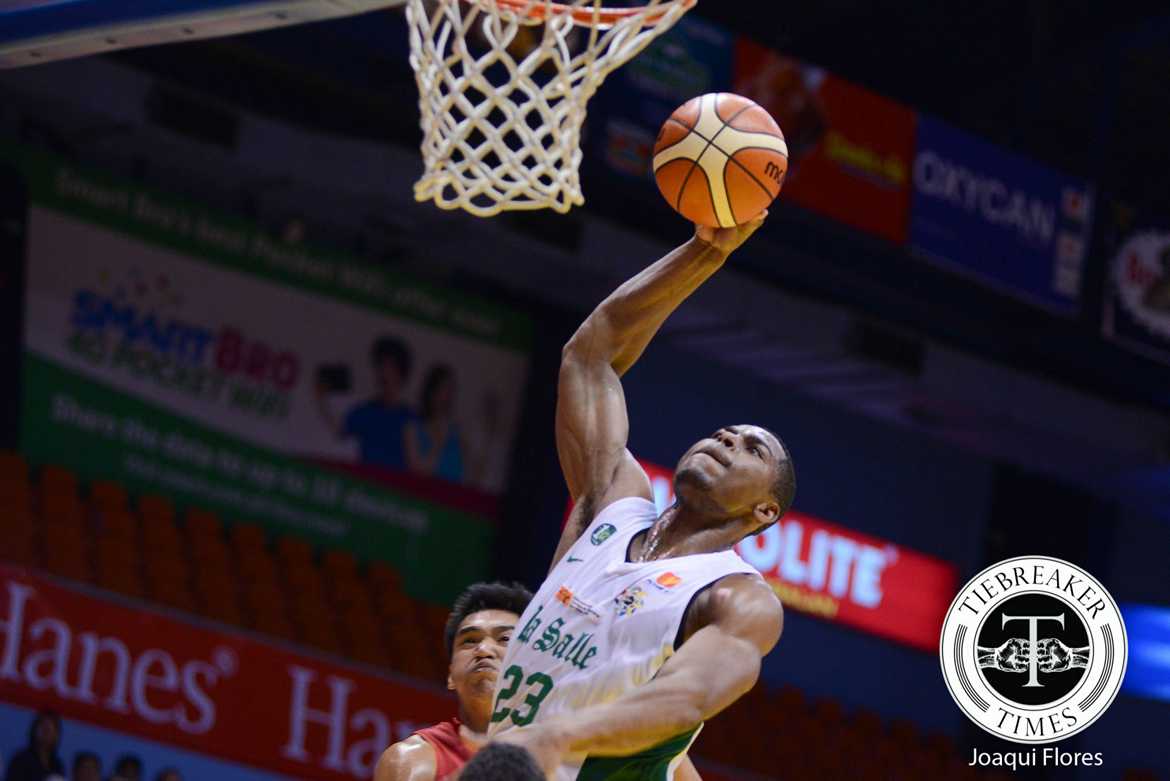 It is a tight race in the group of death with four squads competing for the last two spots in the crossover quarterfinals.

San Beda will open Thursday’s triple-header as they battle a hungry and dangerous Adamson squad. The Soaring Falcons are on a three-match win streak. The two collide at 1:30pm.

The red-hot Green Archers, who sport a 5-0 record to pace Group B in the tournament, take on the Lyceum of the Philippines University Pirates who are at the bottom of the pole with a 1-5 slate at 3:15pm.

Group B third placer, Ateneo still reeling from its thrashing from La Salle, looks to get back on track. Standing in their way is dangerous Mapua that despite its 1-4 record owing to an injury to their main man in the NCAA’s reigning Most Valuable Player has been very competitive. Both squads tussle at 5:00pm.

Filoil Flying V Premier Cup organizers have also announced that La Salle’s Ben Mbala is once again the Player of the Week.

UP’s Andrew Harris is the Gatorade Defensive Player of the Week.