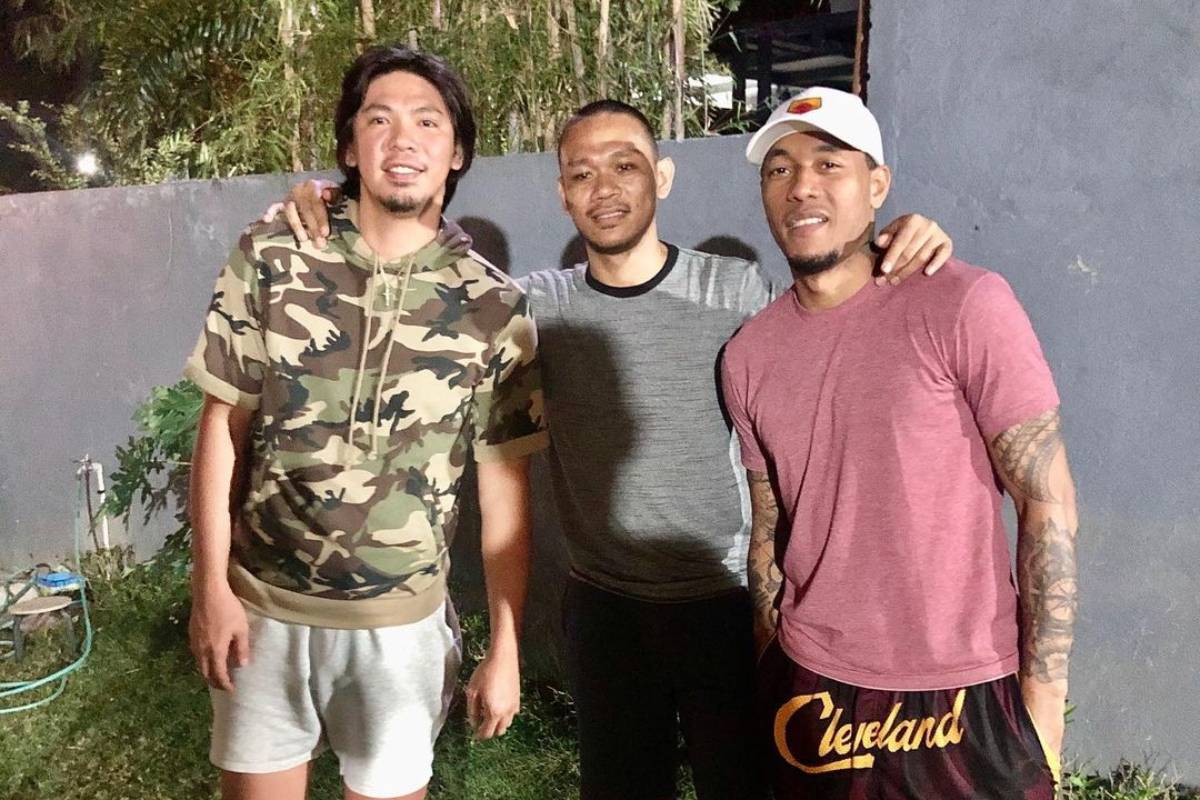 Calvin Abueva made true on his promise to visit Ronald Pascual. And he brought a good friend with him.

Ian Sangalang completed the Pinatubo Trio reunion on Sunday to show their support for the down Pascual.

Sangalang, on the other hand, left the bubble last November 15.

The 32-year-old Pascual has been battling depression, thinking that he is a shell of his former self.

His brother Ronnel had made pleas to Ronald to return home to Mexico, Pampanga after learning that he has been moving from one house to another over the past few months.

The trio of Pascual, Abueva, and Sangalang created magic together in San Sebastian, carrying the school to the NCAA Season 85 championship — the college’s 12th overall.

And now, they look to create magic together — off of the court.