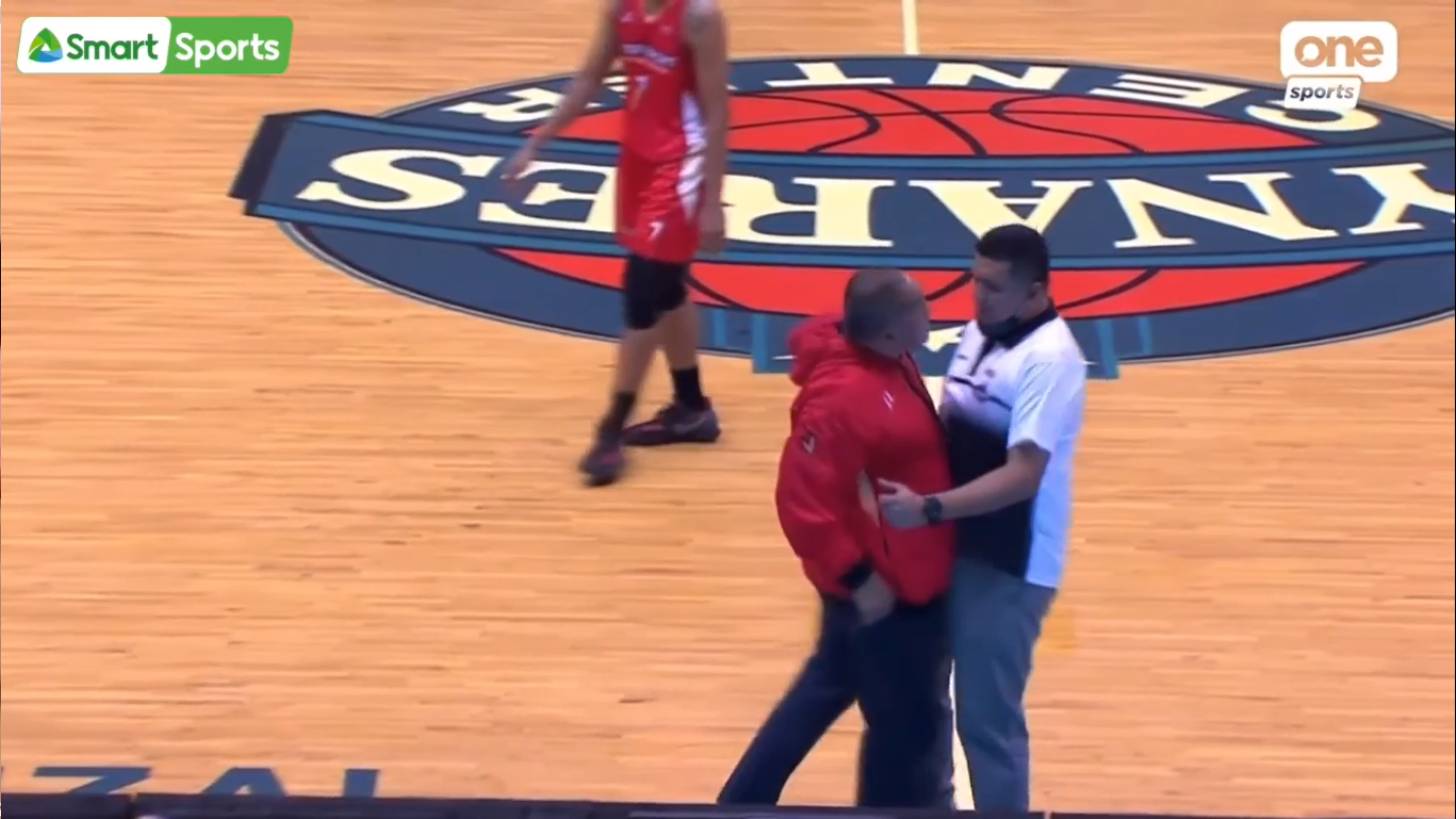 ANTIPOLO – NorthPort head coach Pido Jarencio said that it wasn’t really the timeout per se which Blackwater counterpart Ariel Vanguardia called in the final seconds of their 2022 PBA Philippine Cup match Saturday that irked him.

But rather the Bossings not taking a shot after that very break, which the veteran mentor said was disrespectful.

“Hindi tinira after nung timeout,” Jarencio said over the phone, as he immediately left the Ynares Center here after the Batang Pier’s 90-97 defeat, which was their second since starting the season with twin victories.

Vanguardia sued for time with 6.6 seconds left to play. Rashawn McCarthy received the inbound pass off a pick along the baseline, but the Fil-Am combo guard picked up the ball after three dribbles as time expired.

Jarencio definitely let Vanguardia know what he felt, refusing to shake the latter’s hands while giving a bump that caused a commotion at center court.

Vanguardia himself had already aired his side during the mandatory postgame press conference featuring the winning side and said that he had no purpose whatsoever of disrespecting anyone by calling for time.

Vanguardia even expressed his utmost respect to the former PBA star, but the 57-year-old would rather hear a better explanation.

Still, the champion bench tactician isn’t closing his doors whatsoever to Vanguardia if ever he reaches out to him.